A 45-year-old part-time worker at a convenience store in eastern Japan was fatally stabbed by a man Wednesday at the checkout counter, with the assailant later dying of self-inflicted wounds, police said.

Mari Honna was stabbed in the chest while serving a customer in the convenience store in Utsunomiya in Tochigi Prefecture, north of Tokyo, at around 4:35 p.m., they said, adding the incident occurred while she was attempting to break up with the man. 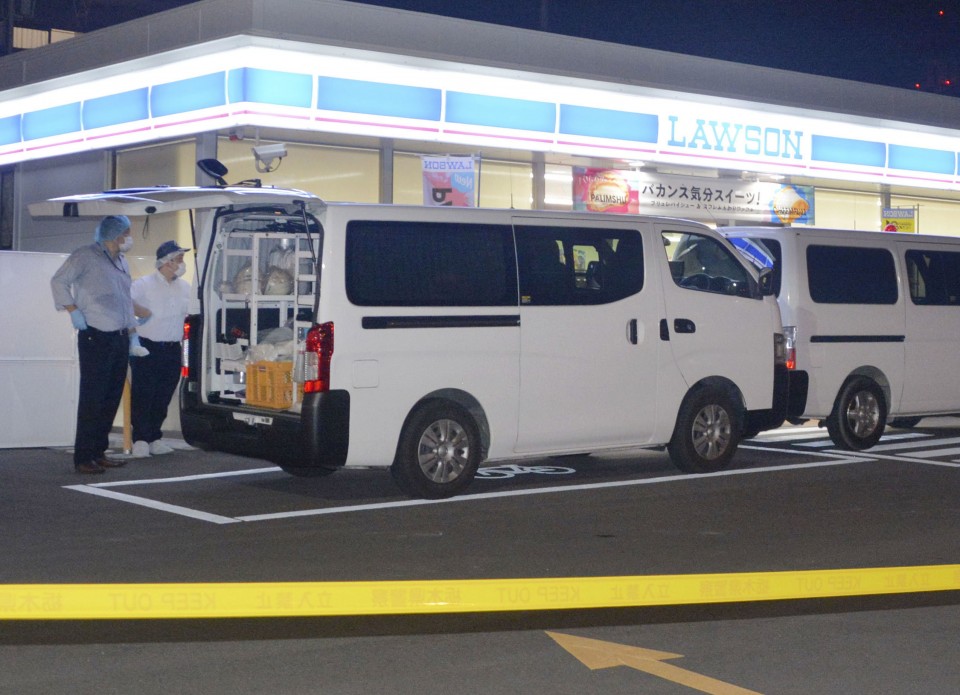 Investigators are inspecting a convenience store in Utsunomiya, Tochigi Prefecture, eastern Japan, where a female part-time worker is stabbed to death on Aug. 12, 2020 (Kyodo)

The attacker was later identified as 41-year-old Hiroyuki Kawada, the police said, adding they plan to refer the case to to prosecutors on suspicion of murder although the assailant has already died.

According to the police, another employee stopped Kawada from accessing the cash register following the assault on Honna, whereupon the attacker stabbed himself in the abdomen multiple times.

Honna and Kawada had been dating since around May last year, according to the police.

On Sunday, Honna made an emergency call to ask for police support, saying she was scared because Kawada had said he would visit her home. She went to a police station early Tuesday, saying she was still receiving phone calls and messages from Kawada even after breaking up with him, according to the police.

The police said they had boosted security for her and expressed regret for not being able to prevent the stabbing.

The convenience store is located on a main street about 2 kilometers from JR Utsunomiya Station.