Japan is looking to begin discussions with around 10 countries and regions including China, South Korea and Taiwan next week on easing travel restrictions imposed to curb the spread of the novel coronavirus, Japanese government sources said Friday.

The talks are expected to prioritize allowing businesspeople to enter, with other countries that have the outbreak under control such as Brunei, Myanmar and Laos also under consideration.

Japan currently has an entry ban in place for 129 countries and regions, with foreign travelers who have been to any of the areas within 14 days of their arrival being turned away.

Travel to and from Japan has slowed to a trickle since the pandemic began earlier this year. The country saw just 1,700 inbound foreign travelers in May while 5,500 Japanese departed, both down more than 99 percent from a year earlier, according to government data. 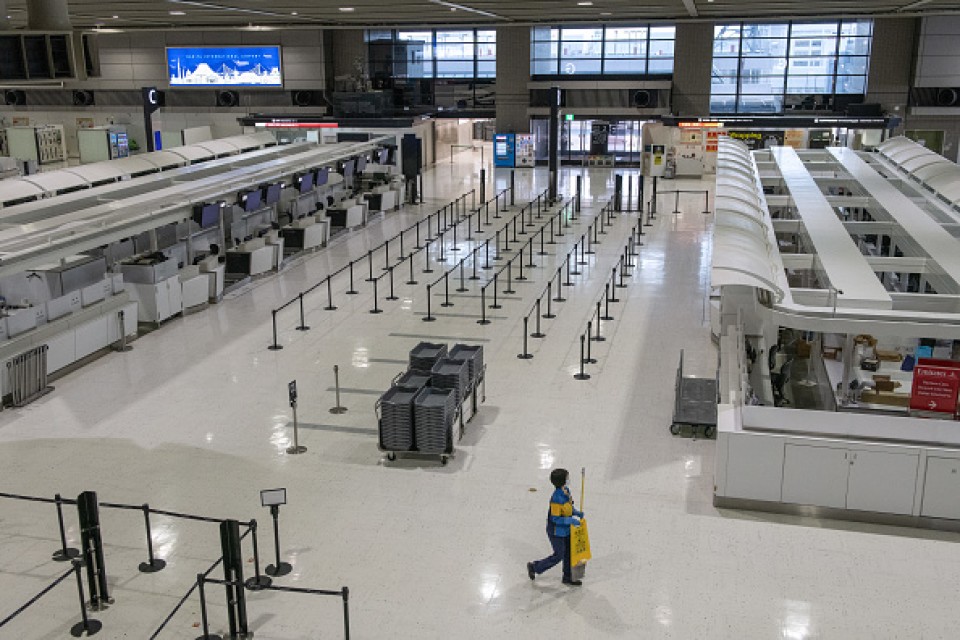 A cleaner walks past empty check-in desks at Narita Airport on April 17, 2020 in Tokyo, Japan. (Getty/Kyodo)

The government of Prime Minister Shinzo Abe has already started discussions with Vietnam, Thailand, Australia and New Zealand on easing travel restrictions, on condition that foreign travelers submit negative COVID-19 test results and an itinerary of where they plan to visit during their stay.

Flights to Vietnam partially resumed in June with a chartered plane carrying 150 people.

China and South Korea are expected to pose a larger challenge because of the sheer number of people that could potentially come to Japan, which is still limited in the number of tests it can administer daily.

"It won't take too long for us to begin looking at the second group of countries," he said.