An event to exchange a "shimenawa" sacred rope hanging over the top of a World Heritage waterfall was held Monday to prepare for an upcoming festival at Kumano Nachi Taisha shrine in Wakayama Prefecture, western Japan.

The event, which takes place twice a year, was initially scheduled for last Thursday but postponed due to heavy rain.

Shinto priests, who were dressed in traditional costumes with safety ropes attached, replaced an old shimenawa with a new one at about 50 meters upstream from the top of the 133-meter-high Nachi waterfall in Nachikatsuura as it was safer for them because the water level had increased due to the rain. 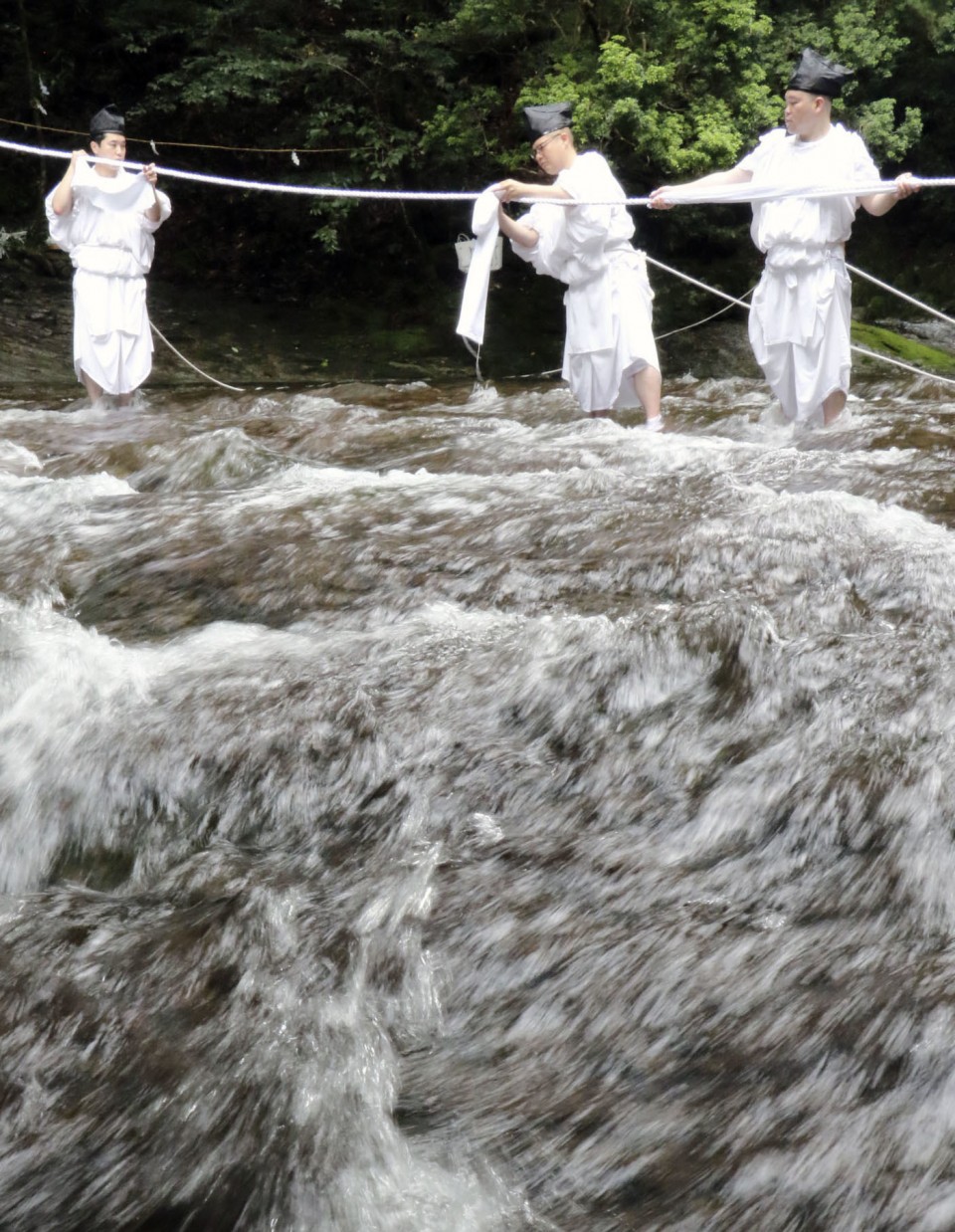 Shinto priests dressed in traditional costumes take part in an event to exchange a "shimenawa" sacred rope haging over the top of the Nachi waterfall in Nachikatsuura, Wakayama Prefecture, on July 13, 2020. (Kyodo)

Mt. Fuji to be closed to climbers this summer due to virus

They plan to move the shimenawa to the top of the waterfall if the weather clears up.

The shrine's annual festival is scheduled to be held Tuesday but will be scaled down this year due to the coronavirus pandemic. However, the most popular part, in which shrine parishioners carry torches and walk along the road in front of the waterfall, has been canceled.

The shrine and the waterfall are part of the UNESCO-designated World Heritage Sacred Sites and Pilgrimage Routes in the Kii Mountain Range.