The northern Cambodian province best known for the Angkor Wat temple complex this week banned dog meat business, becoming the first to do so in the country.

The Siem Reap Provincial Department of Agriculture, Forestry and Fisheries, in a notice dated Monday, cited the potential public health risks posed by the practice.

"Over the last few years, the increase in the selling, buying and slaughtering of dogs for food have been anarchic, and that had led to great concern," the notice said.

The situation "may lead to the spread of rabies and other diseases from region to region and may also affect public health," it added.

The ban calls for punishment for the "unlawful hunt, purchase and slaughter" of animals under the Law on Animal Health and Production. Violators could face up to five years in prison, and a fine of up to 50 million riel (approximately $12,500). 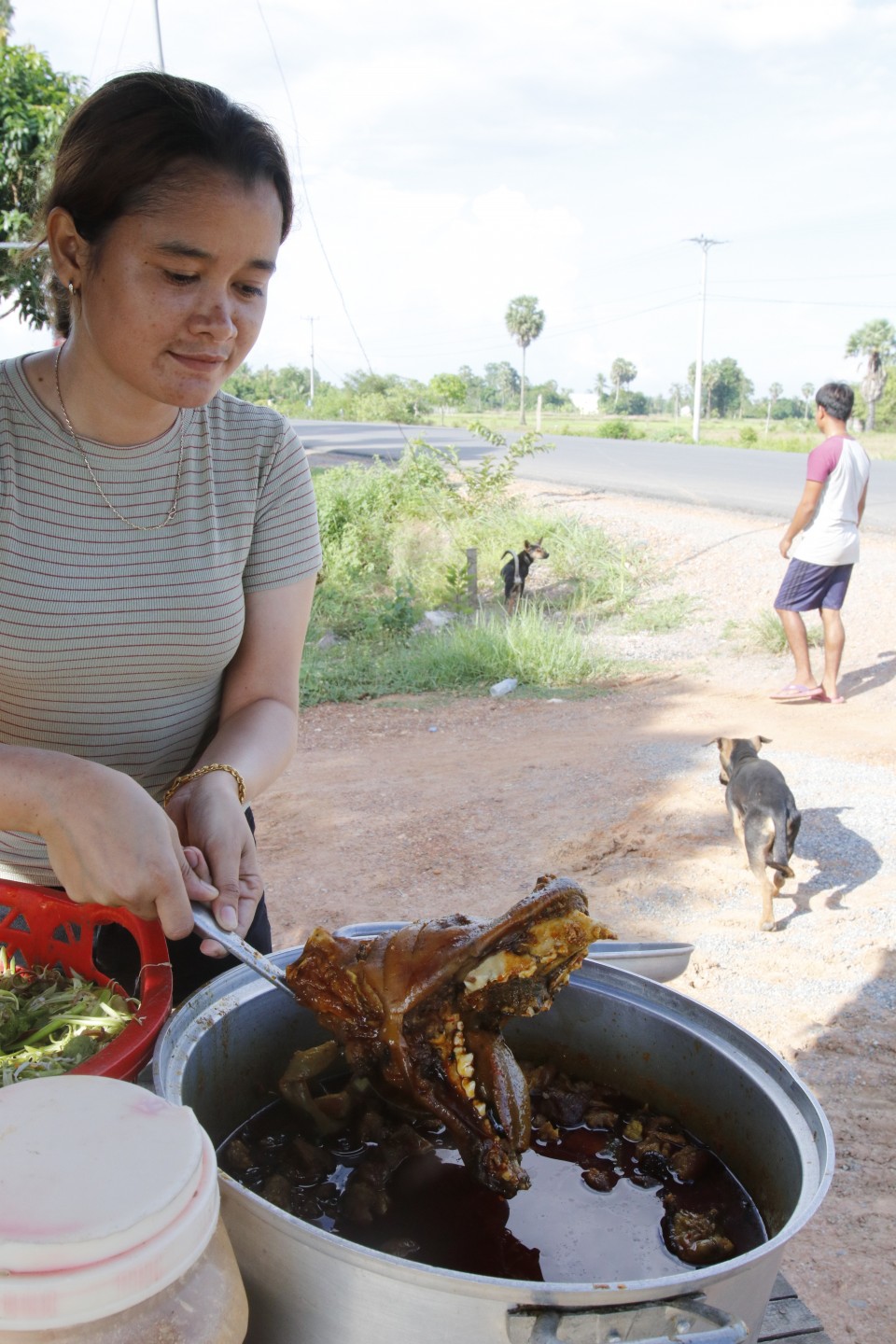 The Austria-based animal welfare group Four Paws has applauded the ban, calling it a "huge milestone for animal welfare in Cambodia" and expressing hope that the province will serve as a model for the rest of the country.

The group says an estimated 3 million dogs are slaughtered for meat in Cambodia each year. In Siem Reap, upwards of 7,000 dogs are involved in dog meat trade per month, most of them ending up in slaughter houses, according to the group.

Four Paws, which has been working closely with the Cambodian government since 2018, earlier identified Siem Reap as a key spot in the country's dog meat trade.

The province was deemed responsible for the large-scale sourcing and trafficking of dogs to meet the demand for dog meat in the eastern part of the country, most notably the capital Phnom Penh.

The group found that a total of 21 restaurants were serving an estimated 2,900 dogs per month in the Siem Reap city area alone, several of them located close to the Angkor Wat temple complex.

According to research done by the group, both pet and stray dogs routinely enter the trade -- many snatched from pagodas and the streets, as well as stolen from homes.

Cambodia has the world's highest incidence of rabies infections due to a lack of canine vaccinations, according to the World Organization for Animal Health. Each year, rabies kills more than 800 people in the country.

Veng Sakhon, minister of agriculture, forestry and fisheries in the Cambodian government, said Thursday that the spread of rabies and other diseases arising from dog meat trade is of great concern, and that the ban must be immediately enforced.

The same notice will be issued in other provinces if any sale or purchase of dog meat is spotted, the minister added.