Municipal authorities in China's capital Beijing on Tuesday reported no new cases of the novel coronavirus for the first time in around four weeks since the detection early last month of a virus cluster at the city's biggest wholesale market.

One new patient, who tested positive without showing any symptoms, was confirmed in the capital in the 24 hours to the end of Monday, according to Beijing's health authorities. China does not include asymptomatic cases in its official tally.

The authorities said 335 new infections have been found in the capital since June 11, many of them in the southwestern district of Fengtai, where the Xinfadi market is located.

The local government conducted PCR tests on more than 10 million people. Many restaurants were forced to dispose of ingredients like imported salmon, suspected as a cause of community transmission. The origin of the latest infection has remained unknown. 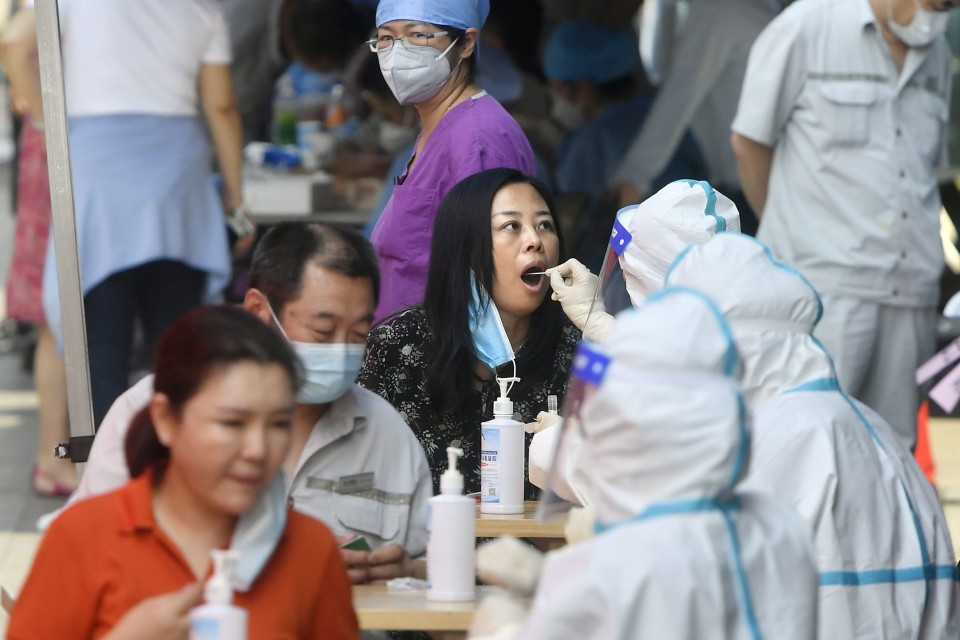 On June 6, Beijing lowered its emergency response to the virus from the second level to the third level as new cases of infection had not been detected there for roughly two months.

But the city again raised its alert level a notch on June 16, while bolstering measures to prevent further infections, such as obliging residents planning to leave Beijing to be tested for the virus and shutting down schools.

On the mainland overall, the number of infections with the virus that causes the disease COVID-19 now totals 83,565, including eight new cases, with 4,634 deaths, China's health authorities reported.

On Tuesday, meanwhile, China's annual National College Entrance Examination was carried out across the country, with the state-run Xinhua News Agency saying strict anti-coronavirus steps were taken to ensure the safety and health of 10.71 million students.

The exam, commonly known as Gaokao, had been postponed from June amid the outbreak of the virus.