Tokyo raised its alert for the coronavirus pandemic to the highest level Wednesday following recent upticks in infections in the capital, adding to signs that Japan is facing a resurgence of the virus after lifting the state of emergency in May.

The metropolitan government called for maximum vigilance after it confirmed 165 new infections, marking the seventh straight day of triple-digit increases. The alert level was raised to the highest of the four levels, meaning "infections are spreading." 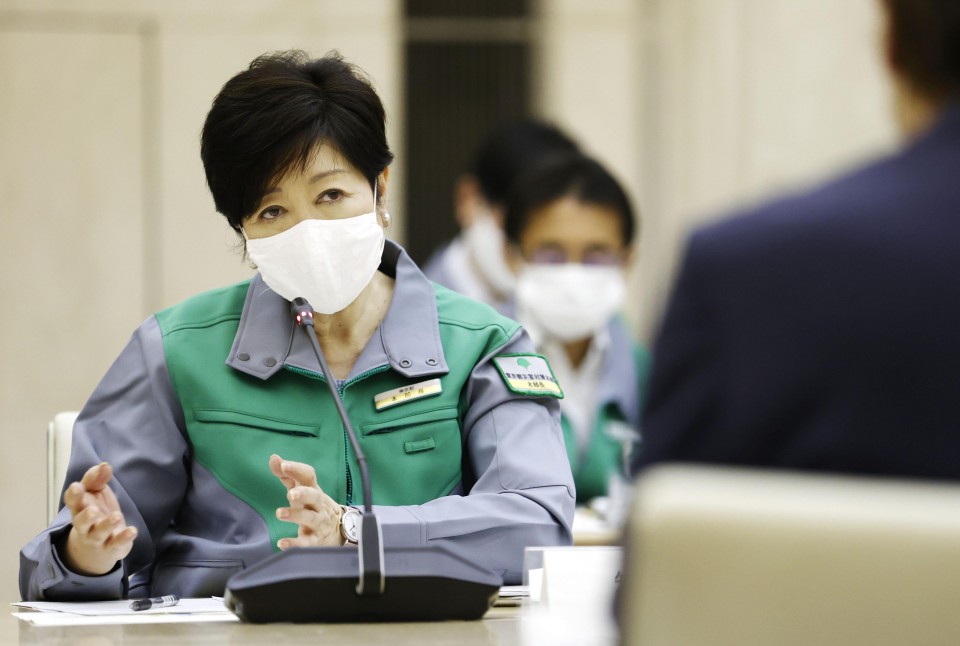 Tokyo Gov. Yuriko Koike speaks at a meeting of a panel of experts tasked with monitoring the coronavirus situation in the Japanese capital held at the metropolitan government's headquarters on July 15, 2020. Tokyo raised its coronavirus warning to the highest of four levels later in the day following a surge in the number of new infections. (Kyodo)

Gov. Yuriko Koike called for residents to avoid nonessential travel outside Tokyo and refrain from visiting nightlife and dining establishments that have not taken sufficient measures to prevent infections.

"I would like to once again ask residents and businesses to be diligent in preventing the spread of the virus," she said at a press conference.

The number of new infections in Tokyo has been on the rise since the state of emergency was lifted on May 25, with the city government reporting four consecutive days of more than 200 cases through Sunday.

The daily figures reflect the most recent totals reported by health authorities and medical institutions in the capital.

Prior to the latest announcement, medical experts working with the metropolitan government proposed raising the alert level after the overall tally in Tokyo reached 8,354, about a third of the nationwide total of around 22,500.

Norio Omagari of the Disease Control and Prevention Center told the meeting of experts that the average number of untraceable infections in the last seven days had doubled from the previous week, warning that such cases could reach around 1,200 a day in four weeks and further expand to 20,000 per day in another four weeks.

But he said the current situation was not the result of a "second wave" of the outbreak, citing fewer numbers of people in serious condition compared with March and April.

Tokyo has seen group infections at nightlife establishments such as host clubs and there have also been reports of clusters at places such as theaters, nurseries and welfare facilities, with concern growing that infections could spread from Tokyo to other regions.

Koike also raised doubts about the central government's plan to launch a subsidy campaign this month to boost domestic tourism hit by the pandemic, joining other heads of local governments who have expressed concern that the program could end up spreading the virus and straining regional medical systems.

"I want (the central government) to have a rethink about when to run (the campaign)," she said.

The Go To Travel Campaign, to be launched on July 22, will eventually subsidize up to half of tourism expenses, including accommodation and transport fees. 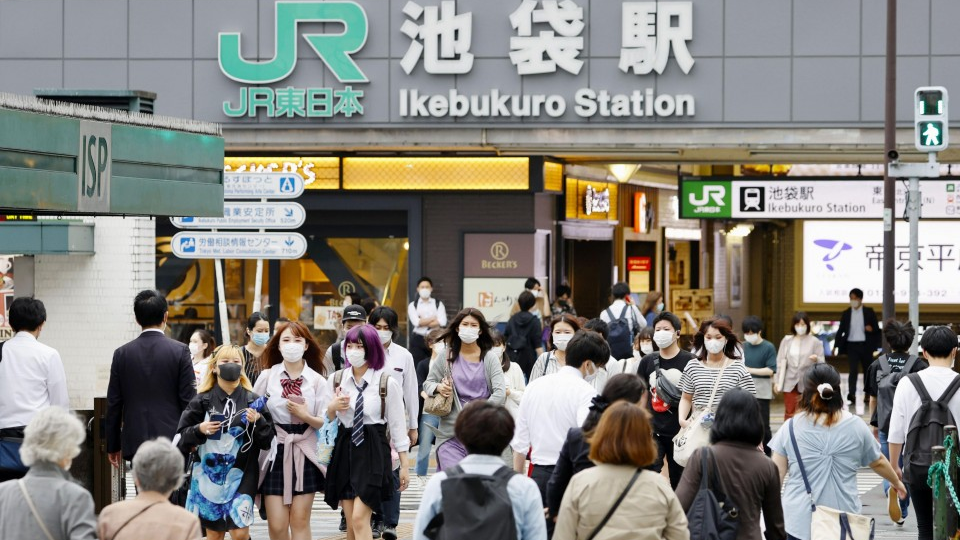