A 25-year-old officer belonging to a riot police squad of the Metropolitan Police Department died in an apparent suicide Wednesday after shooting himself on a street in central Tokyo, the police said.

Toshiya Tamura was found unconscious and bleeding from his head in Tokyo's Chiyoda Ward at around 3:30 a.m. by a passerby. He was taken to a hospital but died on Wednesday night, the police said. 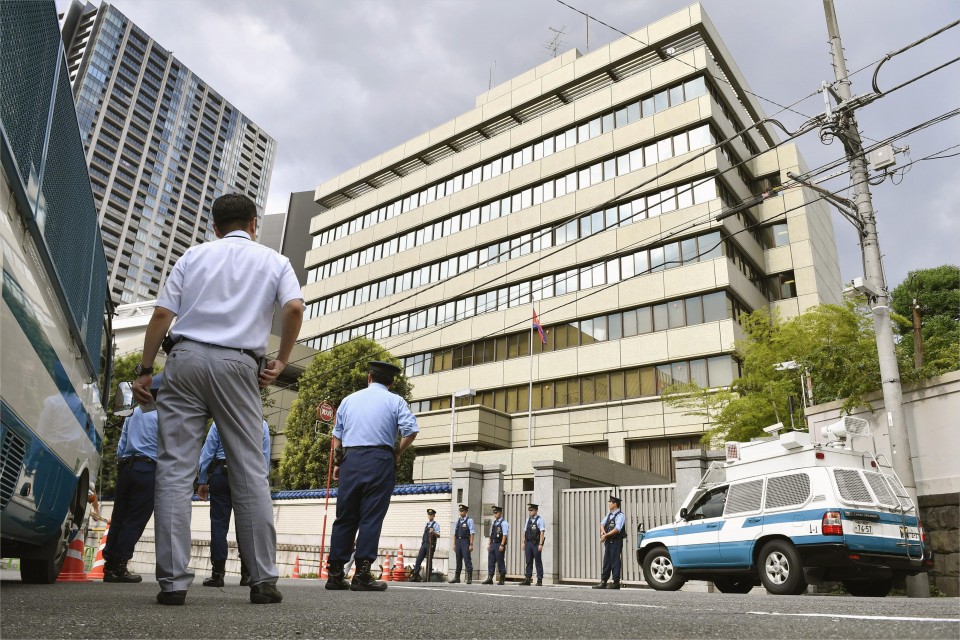 Photo taken on Sept. 9, 2016, shows the headquarters in Tokyo of the pro-Pyongyang General Association of Korean Residents in Japan, commonly known as Chongryon. (Kyodo)

Although no suicide note was found, the police are investigating the matter as a likely suicide due to evidence showing the bullet that pierced Tamura's skull was fired from his own pistol.

According to the police, Tamura had been on guard duty near the headquarters of the General Association of Korean Residents in Japan, a pro-Pyongyang organization known as Chongryon, in the capital from Tuesday morning to early Wednesday.

The Tokyo police maintain a security watch over the building as a potential target for attack by anti-North Korean extremists, notably those in right-wing groups.

Tamura is believed to have shot himself while returning to a police vehicle after being relieved by fellow officers at the building.