The public will be able to observe the reassembling of Japan's first postwar mass-produced passenger plane from Saturday at a theme park, three months after parts of the aircraft were transported from a hangar at Haneda airport.

The process will be shown free of charge at Hirosawa City theme park in Ibaraki Prefecture until July 26. The very first YS-11 propeller plane ever made is expected to go on display in complete form next spring. 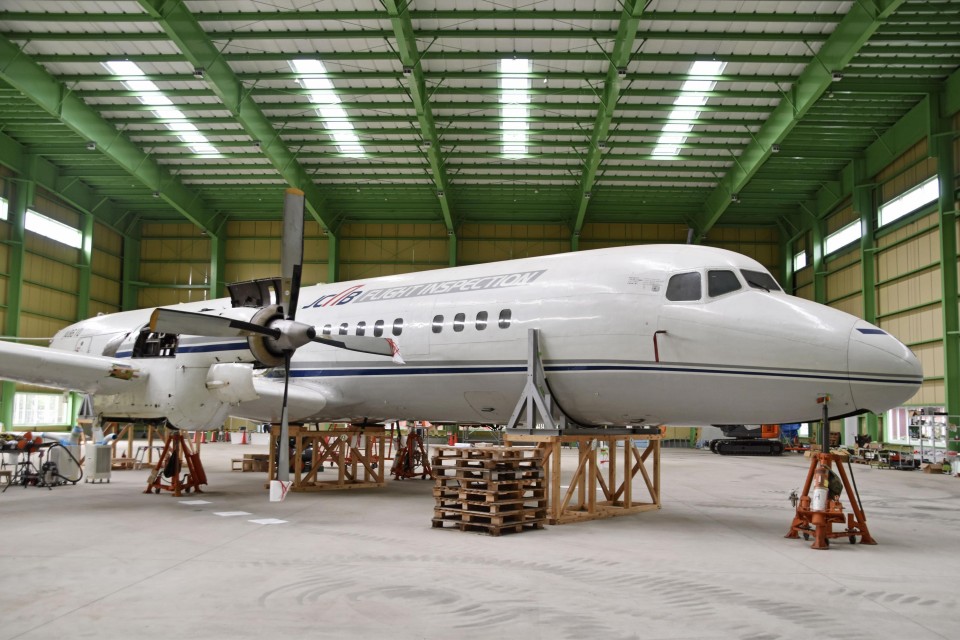 The fuselage and other parts of the plane were transported by trailer to the theme park in March from the Tokyo airport, where the aircraft had been stored by the National Museum of Nature and Science for about two decades.

"It's amazing that such a large fuselage was transported. I was thrilled to see the real thing," said Chieko Saito, 56, a businesswoman living in the city of Tsuchiura in the prefecture.

"It made me feel very nostalgic. I want to come back and see this again when it is completed," said Hidetsugu Kikuchi, 72, from Mito, adding that he flew on YS-11 planes many times when they were in service.

The plane being reassembled did not itself see commercial service and was delivered to the transport ministry in 1965 for use as a plane to inspect the safety of flight routes. It was decommissioned in 1998.

The plane has been designated as part of the country's "machine heritage" by the Japan Society of Mechanical Engineers.

Japan was banned from making any aircraft for seven years after its defeat in World War II. Development of the propeller plane began in the 1950s and a total of 182 YS-11 planes, including two experimental models, were produced and used to carry passengers in Japan and abroad.

Jiro Horikoshi, who designed the Zero fighter planes used by the Japanese military during the war, took part in the development of the passenger plane.

The museum will use crowdfunding to raise money for the reassembly and display as its revenue has been impacted by the spread of the coronavirus.