Japanese group to open aquarium in Taiwan amid COVID-19

A Japanese consortium said Thursday it will open an aquarium in Taiwan, its first outside Japan, even as the COVID-19 pandemic continues to rage across much of the world.

Tadamitsu Fujii, president of Taiwan Yokohama Hakkejima Inc., told reporters at a pre-opening tour of the Xpark Aquarium that the facility will be opened on Aug. 7.

"We hope our visitors will have fun and want to come back again and again," Fujii said.

Despite the COVID-19 pandemic, he estimated that the facility, which comprises an aquarium, cafe and gift shops, will attract 1.6 million visitors for the first year, generating approximately NT$880 million (US$30 million) annually. 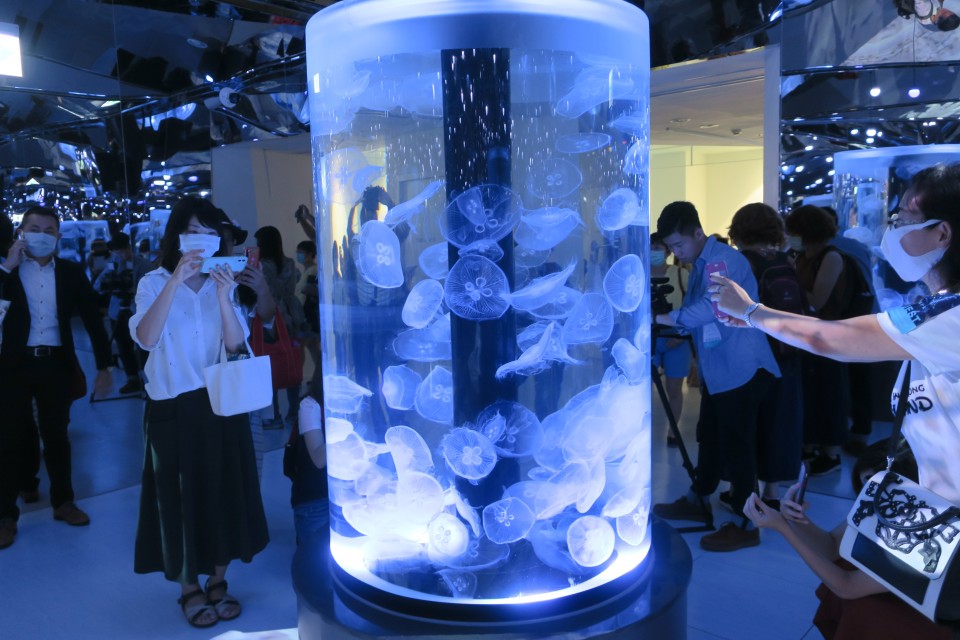 Jellyfish tanks are illuminated by color-changing LED lights at the Xpark Aquarium, scheduled to be open to the public in Taoyuan, Taiwan on Aug. 7, 2020. (Kyodo)

It is located in the plaza near the Taoyuan station of the Taiwan High Speed Rail in the northwestern part of the island and covers approximately 15,000 square meters.

The Yokohama Hakkeijima Sea Paradise is located on a large manmade island and forms part of an entertainment complex that includes the aquarium, an amusement park, a hotel, a marina, restaurants and shops.

"Xpark combines the two together with technology," he said, giving the example of the interaction zone where visitors could color fishes or marine species on tablets and load them up to the big screen.

The aquarium has some 30,000 fishes of more than 300 species and consists of 13 exhibition areas. 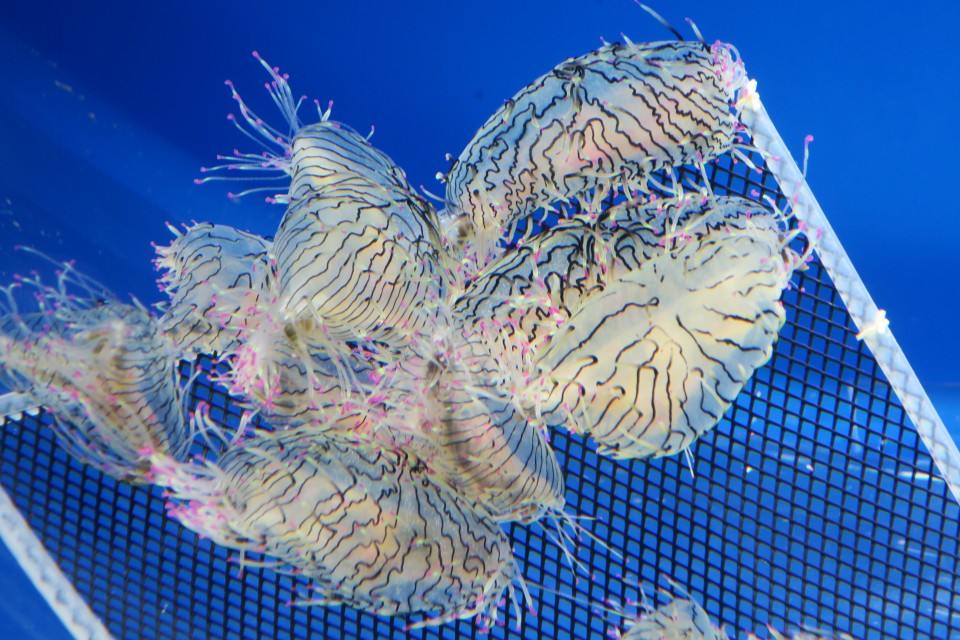 Flower hat jellyfish can only be found on display at the Xpark Aquarium, scheduled to be open to the public in Taoyuan, Taiwan on Aug. 7, 2020. (Kyodo)

The Formosa tank is the largest among them all, featuring a towering 9-meter-high cylinder of water containing 1,000 metric tons. It is home to 10,000 fishes of over 30 species.

Among them is the Japanese bullhead shark, which is imported from Japan and can only been seen here at the aquarium.

The jellyfish tanks are illuminated by color-changing LED lights to bring out the shimmer of the translucent invertebrates. Among them their inhabitants is the flower hat jelly, which is also brought from Japan and first on display in Taiwan.

The coral garden offers a 180-degree panoramic view of the surrounding underwater world. Many guests invited to the pre-opening tour on Thursday had their pictures taken sitting on the floor with coral patterns.

The tropical rainforest exhibition area features naturalistic rock work, trees and lush foliage. Mammals, reptiles and other animals such as turtles live together in a single exhibit among tropical plants.

In addition to the aquarium, Fujii said his group is teaming up with COZZI Blu hotel to provide aquarium-theme accommodation near the park. Also in planning is overnight stays at the aquarium.

Given tourism decrease caused by the COVID-19, Fujii said he hopes to launch the hotel services by the end of this year.