Noh performance to be streamed live from Nishinomiya Shrine

Motonori Umewaka, a master of the Kanze-style of Japanese theatrical art Noh, will perform the play ‘Hagoromo’ along with other performers this summer at Nishinomiya Shrine in western Japan, with the performance set to be streamed live to audiences in all its mysterious beauty.

Umewaka (55) will perform during the ‘Nishinomiya, Traditional Performance Arts Evening’ on August 10 at Nishinomiya Shrine, in the city of Nishinomiya, Hyogo Prefecture, in an event being held for the first time.

With restrictions on public performances remaining in place due to the continuing spread of the novel coronavirus, the evening will be held in accordance with measures to help prevent any further spread of the virus.  In addition, a program of performances has been selected to “spread happiness” and will be broadcast across Japan and overseas through ‘KOBE_TV,’ a video site managed by Gesso, a member of the Kobe Shimbun group. 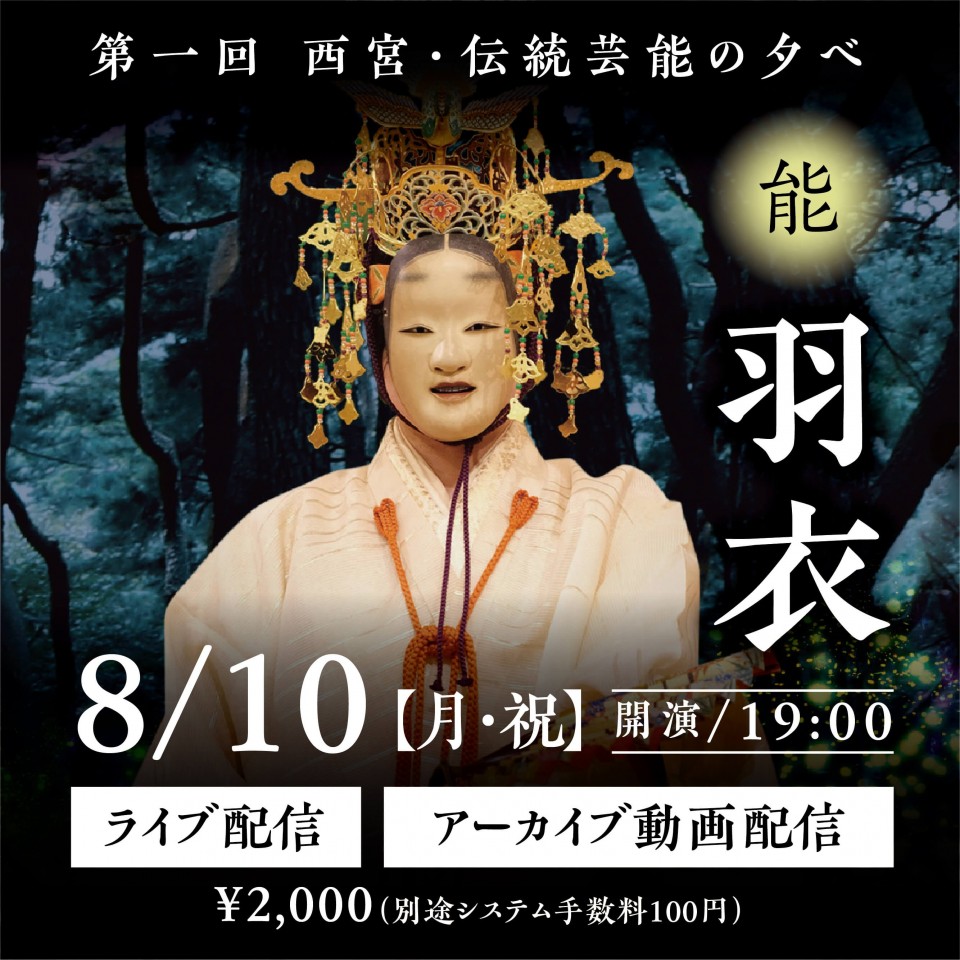 Performer, “Displaying the power of art through new ideas.”

Since spring this year, Umewaka and his co-performers have seen their scheduled public performances cancelled one after another.

“Especially at this time we want to encourage the ‘will to live’ through performance arts,” read a statement from the Japan Traditional Art Culture General Incorporated Foundation, which sponsors the Nishinomiya Noh Theater.  The foundation hopes that the August event will become a regular feature of the summer season in Nishinomiya, showcasing a variety of performance arts each year.

For the upcoming performance a special stage will be constructed amidst the greenery in front of the worshipping hall of Nishinomiya Shrine.  105 seats will be arranged for audience members in such a way as to maintain social distance.  Tickets for the seats sold out within 10 days of going on sale.

In order to spread the appeal of Noh to international audiences, event organizers have decided to livestream the evening’s performances, something almost unprecedented in the world of Noh, with three cameras set to be used to capture the on-stage action.

Umewaka was enthusiastic about the idea of the live video streaming.  “This idea has come about due to the coronavirus. I want to turn the crisis into an opportunity and am looking forward to seeing the response,” he said.

In the play ‘Hagoromo,’ a celestial maiden descends upon a pine grove and meets honest fisherman, Hakuryu.  The celestial maiden performs a beautiful dance and lavishes Hakuryu with seven treasures.

“I want the audience to feel the beauty of the relationship between people and different cultures,” said Umewaka of the play.

“It is a masterpiece that entertains and leaves you feeling refreshed. I would like the audience to feel happy. That is the greatest strength of performance art.”

Tickets for video viewing went on sale from July 20 through the ‘KOBE_TV’ site and cost 2,100 yen (including the system fee).   A video recording of the performance will also be made available for viewing for a limited time.  A video announcing the ‘Nishinomiya, Traditional Performance Arts Evening’ was uploaded on July 15 and features an interview with Umewaka himself. 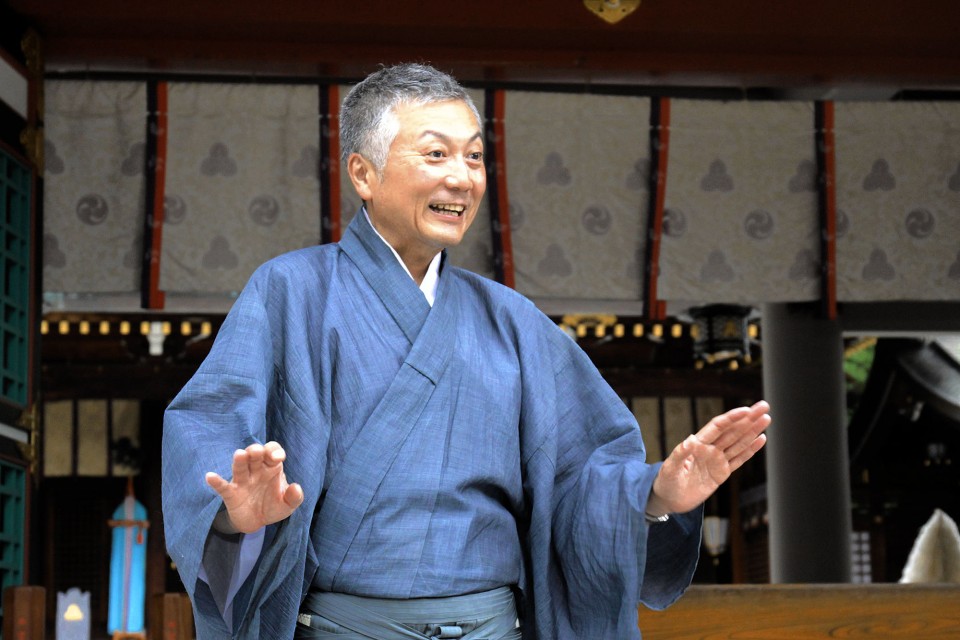 A scene from a video announcing the ‘Nishinomiya, Traditional Performance Arts Evening’ on ‘KOBE_TV.’