Fire breaks out on one of Japan's biggest cruise ships, no injuries

Fire broke out Tuesday on the Asuka II, one of Japan's biggest cruise ships, while it was docked at the port of Yokohama near Tokyo, the Japan Coast Guard said.

The 3rd Regional Coast Guard Headquarters, based in Yokohama, said it received a report by radio from a crew member around 1 p.m. that the ship's crew were trying to extinguish the fire. No passengers were on board at the time, and there were no injuries, it said. 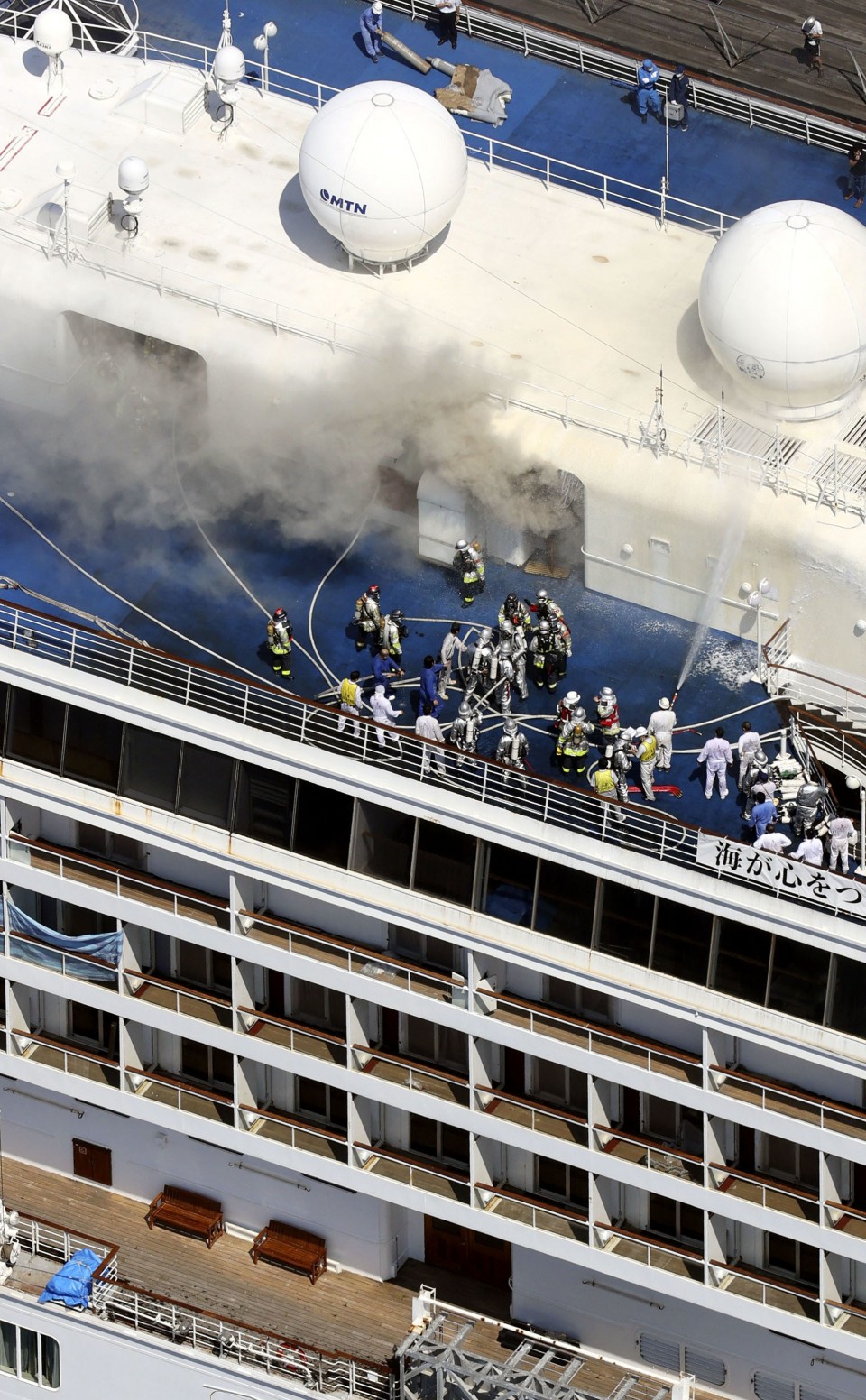 (Photo taken from a Kyodo News helicopter shows smoke rising from the upper deck of the Asuka II cruise ship docked in Yokohama, near Tokyo, on June 16, 2020)

Nippon Yusen K.K., parent company of the cruise ship's operator, said the fire broke out on the top floor used to store materials. Smoke was visible as the city's fire department joined efforts to put out the blaze, which was extinguished at 4:15 p.m.

The city said Asuka II has been anchored at Osanbashi Pier since April 1 following the outbreak of the novel coronavirus.