Japan hit back on Wednesday at South Korea's efforts to have Japanese historical sites removed from the World Heritage list, dismissing claims that it has failed to recognize the suffering of Koreans who were forced to work at some of the facilities during World War II.

In a videoconference, Shigeki Takizaki, the head of the Japanese Foreign Ministry's Asian and Oceanian Affairs Bureau, told his South Korean counterpart, Kim Jung Han, that Japan is fulfilling its commitments to UNESCO and that South Korea's criticisms are "unacceptable," according to the ministry. 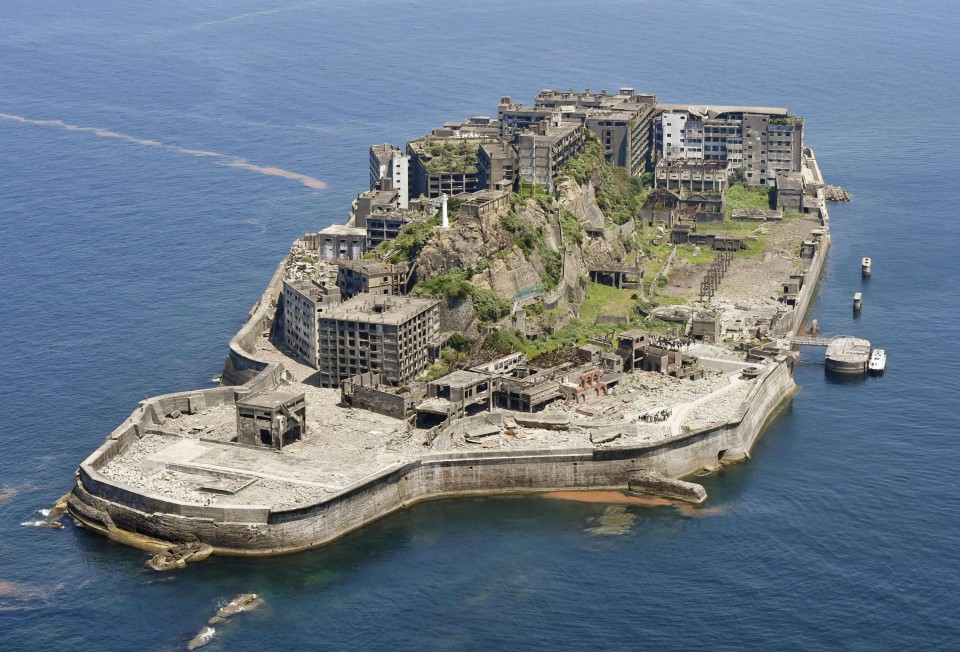 File photo taken in April 2015 shows the Hashima Coal Mine on Hashima Island, better known as Battleship Island, one of the UNESCO World Heritage sites related to Japan's industrial revolution during the Meiji period, off Nagasaki, southwestern Japan. South Korea's Yonhap News Agency reported June 21, 2020, that the country's government will demand that UNESCO remove the historical sites from the World Heritage site list as an exhibit at the sites' information center in Tokyo fails to show that Koreans were coerced to work at some of the sites during World War II. (Kyodo)

A total of 23 sites were inscribed on the World Heritage list in 2015 under the "Sites of Japan's Meiji Industrial Revolution: Iron and Steel, Shipbuilding and Coal Mining."

South Korea had initially been against the sites being listed because of the history of Koreans being coerced into working at several of the sites, among them Hashima Coal Mine in Nagasaki Prefecture, also known as "Battleship Island" because of its shape.

Eventually, South Korea agreed to their addition after Japan promised to take measures to allow an understanding that many Koreans were "brought against their will and forced to work under harsh conditions."

South Korea has sharply criticized Japan as failing to keep up its end of the bargain, however, saying an exhibit on the sites that opened last week "completely distorts historical facts."

The exhibit at the Industrial Heritage Information Center in the Japanese capital includes descriptions of Koreans who were requisitioned during the war but also quotes second-generation Koreans who live in Japan, claiming that there was no discrimination at the coal mine. 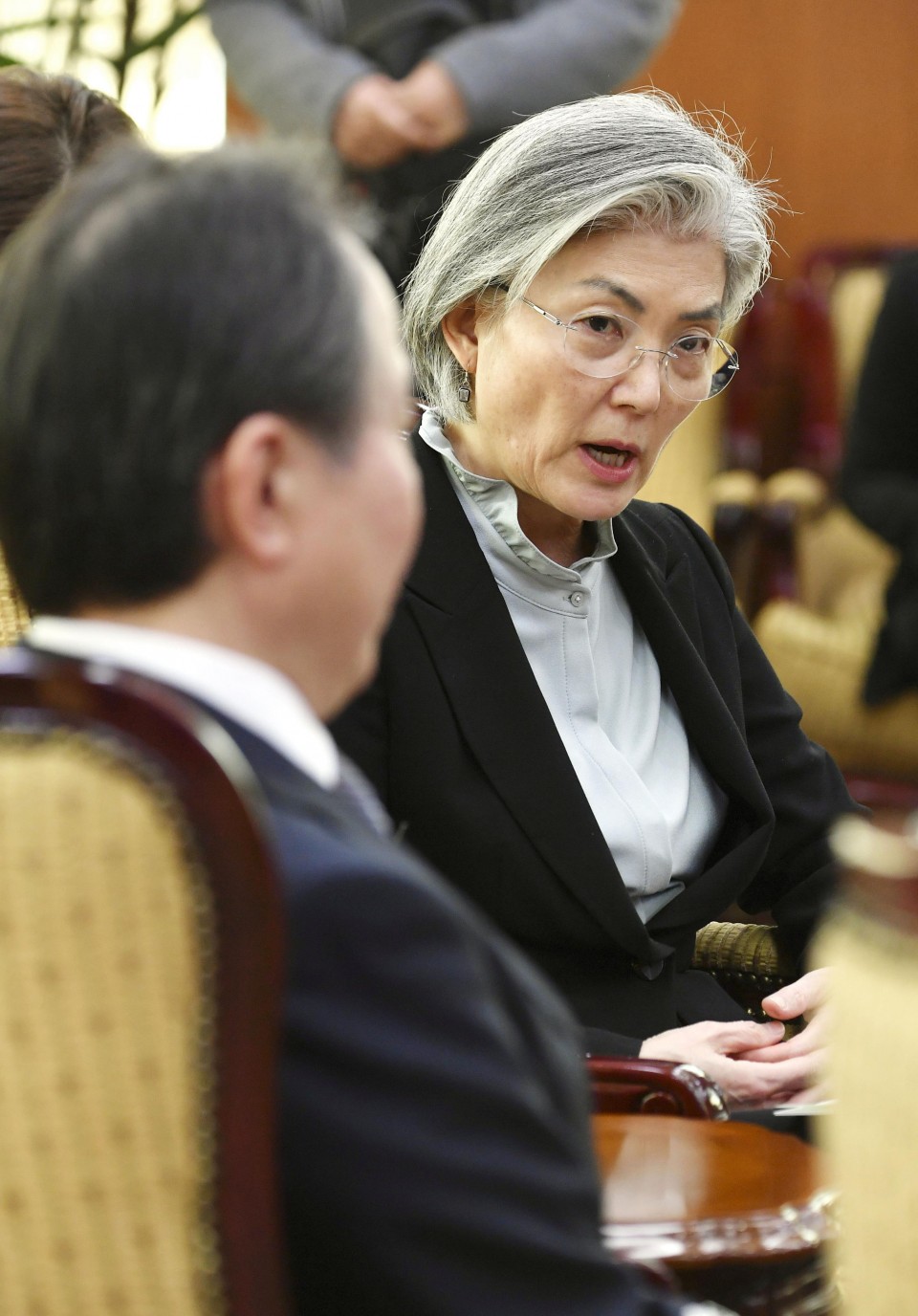 South Korean Foreign Minister Kang Kyung Wha (R) summons Japanese Ambassador to South Korea Koji Tomita to her ministry in Seoul on March 6, 2020, to lodge a protest against Japan's decision to restrict the entry of South Korean travelers as part of new measures to stem the spread of the new coronavirus. (Kyodo)

South Korea had originally filed the claim last September, but suspended it after the countries agreed to start bilateral consultations. Last week, Seoul said it was picking the case back up because Tokyo did not show willingness to ease the controls despite efforts to address Japanese security concerns.

The Japanese and South Korean directors general agreed to continue close communication and consultations to resolve the outstanding disputes between their countries.

Often strained due to differing views of wartime history, relations between Japan and South Korea have been particularly rocky following a series of South Korean court rulings from October 2018 ordering Japanese companies to compensate Koreans ruled to have been forced to work in their factories during the 1910-1945 period of colonial rule on the Korean Peninsula.

Japan argues that the issue of wartime compensation was resolved by a 1965 bilateral agreement, and has warned South Korea not to go through with liquidating assets seized from the companies.

Liquidating the assets would bring about a "serious situation," Takizaki told Kim during the videoconference.