The Tokyo metropolitan government reported on Saturday 57 new coronavirus infections in the capital, the highest number of daily cases since Japan completely lifted the nationwide state of emergency over the pandemic in late May.

The figure was up from 55 on Wednesday and marked the fourth straight day the number has hovered around 50. It brought the cumulative number of infections in Tokyo to 6,054. 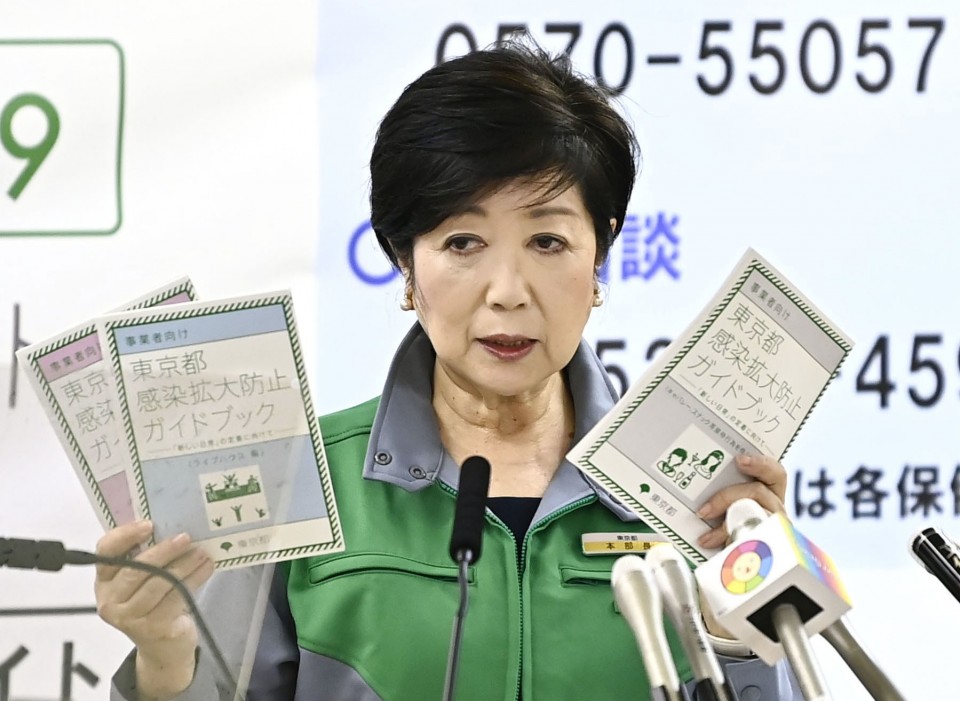 Seventeen of the 57 were either workers or customers of host clubs and other nighttime establishments, while 14 appear to have wined and dined with friends and acquaintances, it said.

The capital's Koto Ward said separately that two teachers at a same ward government-run school were infected with COVID-19, the respiratory disease caused by the virus.

The female teachers in their 50s did not work after developing a fever. The school will close from Monday to July 6 for disinfection, and students and school staff who had close contact with the two teachers will undergo testing, according to the ward government.

Of a total of 309 cases in a seven-day period through Saturday, 122 got infected in nightlife districts, of which 60 to 70 percent were from Shinjuku Ward, where the Kabukicho area, famous for various types of nightclubs, is located.

There have recently been clusters of COVID-19 infection associated with nightlife areas.

The Tokyo government last week lifted its advisories for visiting places such as live music venues and nightclubs.

New infections in Tokyo had been on a downward trend through late May. But cases rebounded after the state of emergency was lifted for remaining prefectures including Tokyo on May 25.

On Friday, the daily number of new coronavirus cases reported in Japan topped 100 for the first time since May 9.

A Tokyo metropolitan government official expressed caution about the recent levels of COVID-19 infections but said the situation is different from a sharp rise from late March to the peak of 206 on April 17.

"At this stage, we don't see a significant expansion in the number of infections in town. But they're by no means small numbers," the official said, requesting anonymity.

"We suspect (Tokyo residents) have let their guard down and attended drinking parties, leading to an expansion in areas of activity. We would like them to take measures to prevent an expansion in infections."