The annual snow festival held in the northern Japanese city of Sapporo in February will be scaled down next year with the sculpting of large-scale ice statues canceled due to the ongoing coronavirus pandemic, organizers said Tuesday.

Getting support from sponsor companies to create the massive sculptures, a highlight of the event, will be difficult while the virus outbreak shows few signs of being contained, according to the festival's organizing committee.

As preparations for the festival usually begin around June, organizers made the decision to run the event with smaller ice sculptures. 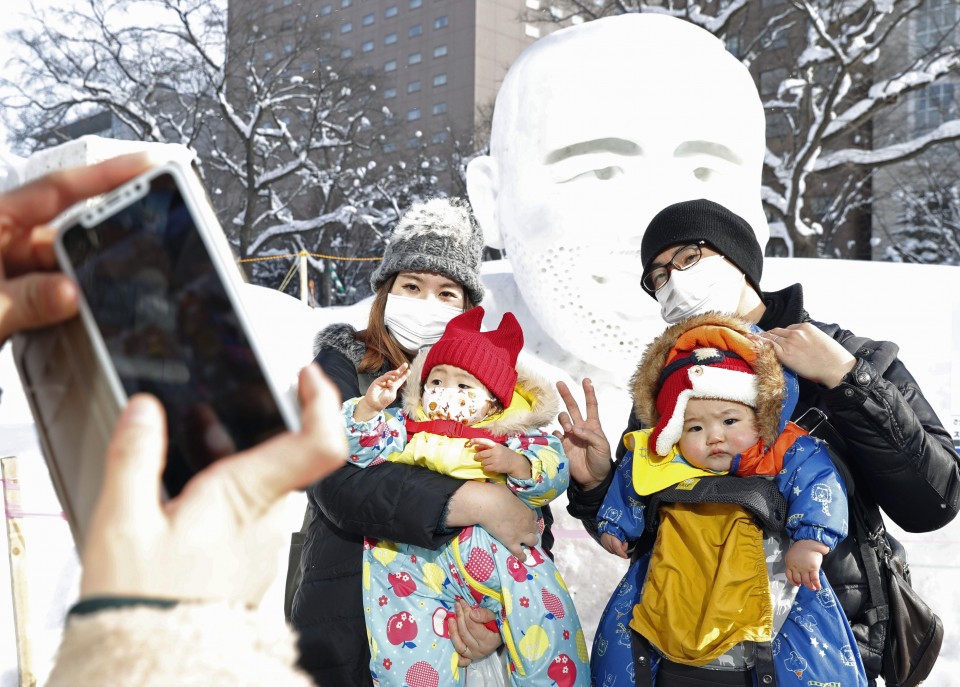 "It's disappointing we won't have impressively large sculptures, but going back to our roots, we'll make it a (simpler) snow festival that primarily entertains local citizens," a member of the committee said at a press conference.

The Sapporo Snow Festival, which normally sees around 2 million domestic and overseas visitors every year, usually features large ice sculptures, around 15 meters tall, modeled after famous characters or foreign architectural landmarks carved by members of the Japan Ground Self-Defense Force and others.

Although the festival was held this year from Feb. 4 to 11, attendance plunged by some 710,000 compared with last year to 2.02 million in the wake of bans imposed by the Chinese government on group overseas travel amid the coronavirus pandemic.

Two men undertaking office work at the venue were later confirmed to have contracted the virus, with Hokkaido becoming the first prefecture in the country to experience a wave of infections.

The committee also said the annual food-themed Sapporo Autumn Fest held in September to October has been canceled.