"I have received phone calls (from overseas) asking 'Do you have any drug that only you guys have?' My answer is the level of social manners is different, and then they fall silent," said Aso, who doubles as deputy prime minister, at a parliamentary session in the House of Councillors. 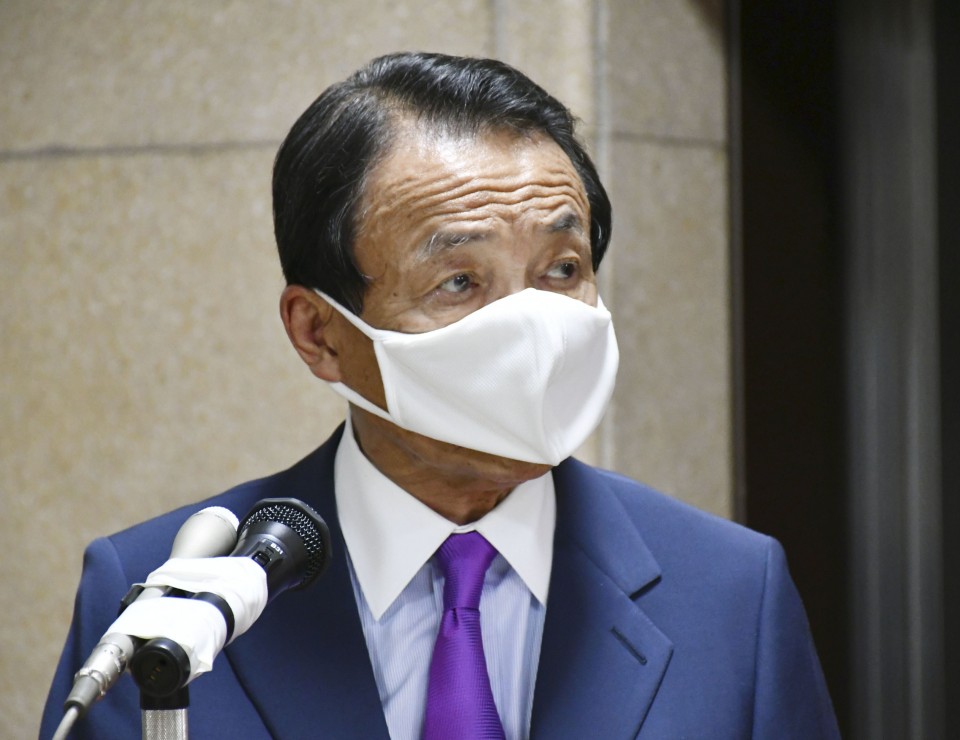 Japanese Finance Minister Taro Aso who doubles as deputy prime minister meets the press in Tokyo on June 3, 2020, after speaking with his Group of Seven counterparts by phone. (Kyodo)

Japan has seen about seven deaths from the coronavirus for every 1 million residents, Aso said, a level far below the United States, Britain and France.

"The United States imposed fines on people who broke lockdown rules, and France did so too. But we didn't have to do such a thing, and we made it only by requesting" that people suspend nonessential businesses and stay at home, Aso said. "We should be very proud of this."

Japan has avoided an explosive surge in coronavirus infections so far, with about 17,600 cases and more than 900 deaths as of Wednesday.

The government fully lifted a state of emergency on May 25, seven weeks after the initial declaration was issued, as experts judged the spread of infections had come under control.

World Health Organization Director General Tedros Ghebreyesus hailed the result of Japan's efforts in tackling the virus spread as a "success" after the lifting of the emergency declaration.

Nonetheless, the Japanese government is bracing for another wave of infections. Tokyo issued a warning Tuesday amid signs of a possible resurgence of virus infections, as the new cases that day marked the highest level since the lifting of the emergency.