New York City, the hardest-hit spot in the coronavirus outbreak in the United States, entered the first part of a four-phase resumption of economic activity Monday after a shutdown of over two months, with many individuals and businesses taking a wait-and-see attitude amid ongoing uncertainty.

In addition to a return to work in the construction and manufacturing sectors, retail stores in the city are now allowed to operate with curbside delivery for customers rather than indoor shopping. 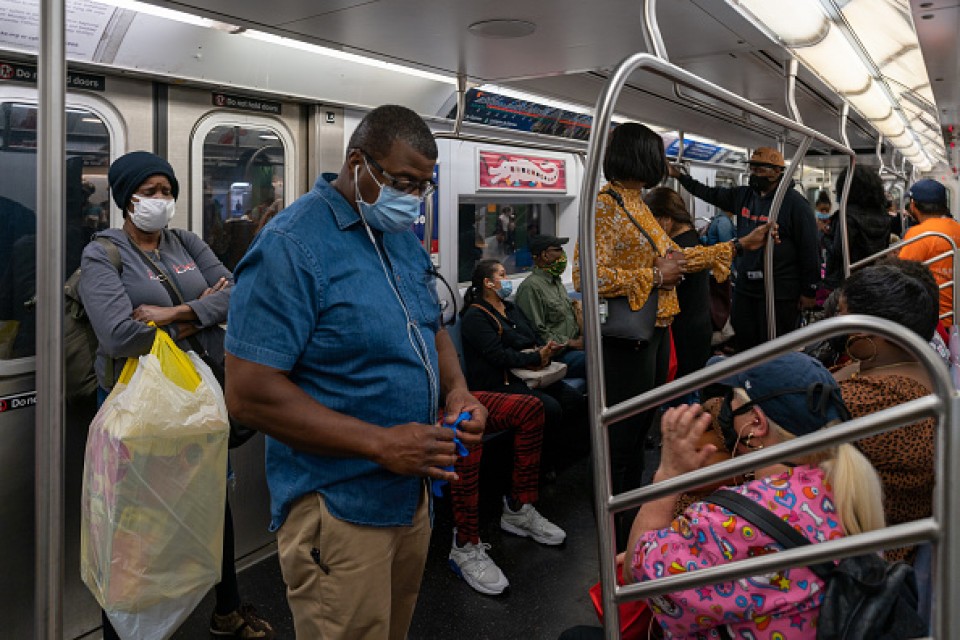 People ride the subway on the first day of phase one of the reopening after the coronavirus lockdown on June 8, 2020 in New York City.
(Getty/Kyodo)

Although vehicle traffic on New York City roads increased on the first day of eased restrictions, the number of commuters returning to workplaces via public transport fell far short of the increase by up to 400,000 daily riders expected during the first phase of reopening.

Many stores remained closed following incidents of looting that have accompanied days of demonstrations nationwide against the brutal death of a black man in police custody in Minnesota in late May. Some store owners kept their properties boarded up to protect windows from possible looting or other damage.

People are still required to wear face masks or coverings when they ride city trains or buses, as well as keeping two meters away from others in public areas.

The United Nations on Friday announced a three-stage plan to bring its staff back to the office amid the coronavirus pandemic, saying only 400 of its over 4,000 workers will return during the first stage, set to begin in July at the earliest.

All the workers normally based at the U.N. headquarters in Manhattan have worked from home since March 16.