The global death toll from the novel coronavirus has topped 500,000, a tally by Johns Hopkins University showed Sunday.

The United States has had the most deaths with over 125,000, followed by Brazil at more than 57,000. The two countries currently account for about a third of the world's total cases, which on Sunday surpassed 10 million globally, according to the university tally. 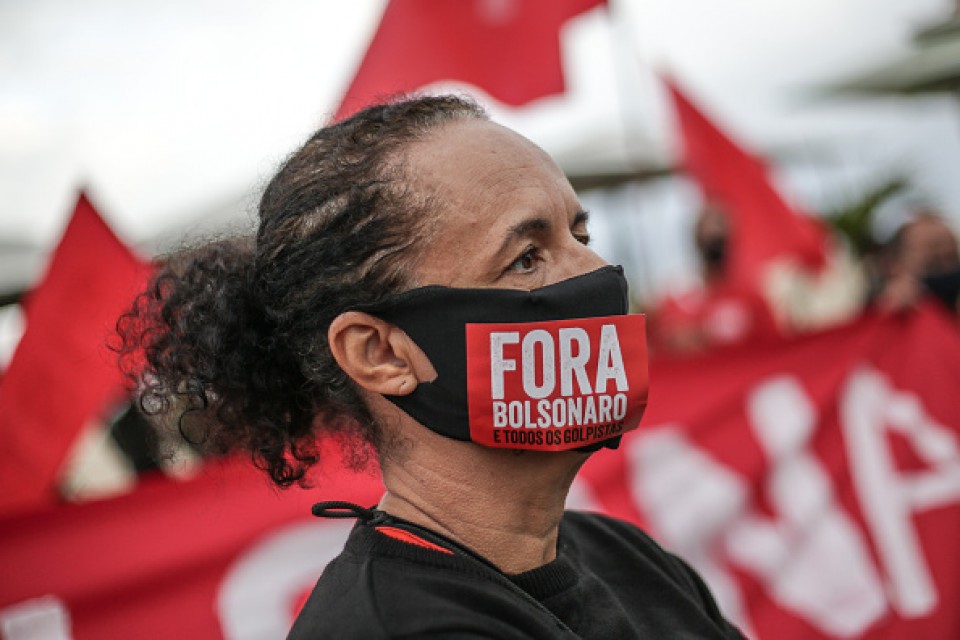 A demonstrator wearing a face mask that reads "Go Away Bolsonaro" during a rally against President Jair Bolsonaro and Governor of Rio de Janeiro Wilson Witzel amidst the coronavirus (COVID-19) pandemic at Copacabana beach on June 28, 2020 in Rio de Janeiro, Brazil. The protest was organized by left-wing parties and social movements. (Getty/Kyodo)

Britain, Italy, France and Spain came in next, followed by Mexico and India. The latter two nations are still seeing an upward trend in the virus' spread and have recorded 26,000 and 16,000 deaths, respectively.

A total of nine countries including Iran have more than 10,000 fatalities. Japan has 972, according to Johns Hopkins University

The worldwide death toll hit 100,000 on April 10, some three months after the first case of COVID-19, the respiratory disease caused by the virus, was reported to the World Health Organization.

But with the figure topping 500,000 in just 21 days following a jump in the number of infections from mid-June, the pace of the death toll is once again quickening.

The virus is currently spreading most rapidly in Latin America, which accounted for 38 percent of new infection cases and 55 percent of new deaths from the previous day. 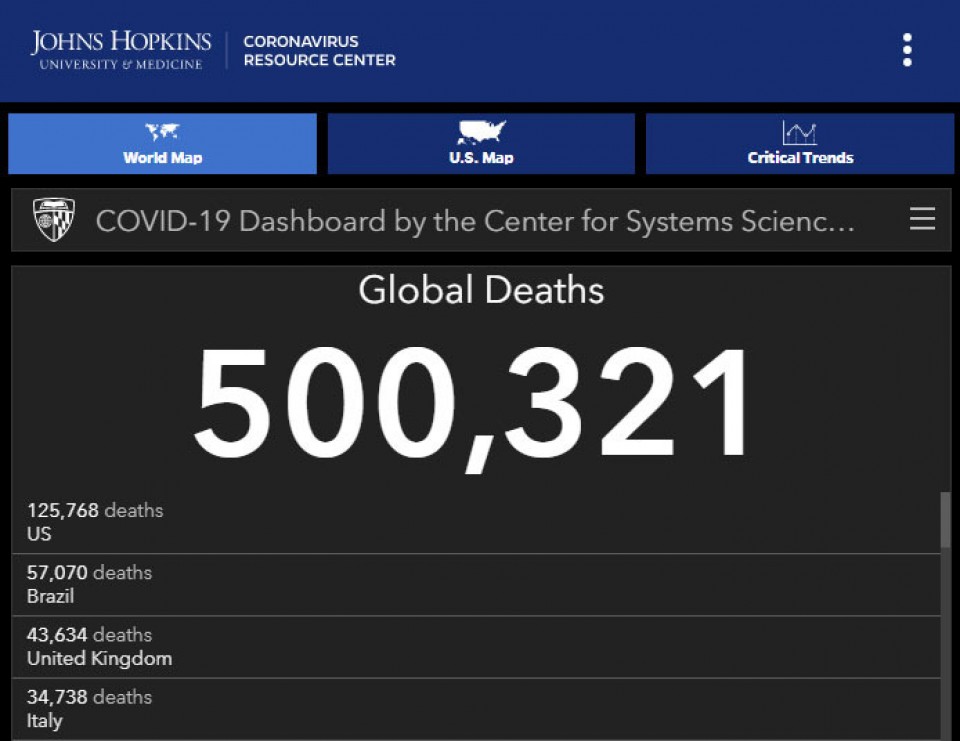 Supplied photo shows the global death toll from the novel coronavirus topping 500,000 in a tally by the Johns Hopkins University, as shown on its website on June 29, 2020.(Kyodo)