An international team of researchers have discovered what is believed to be the oldest and largest construction built by the ancient Maya civilization in a jungle in southeastern Mexico.

The discovery of the artificial plateau -- believed to have been built around 1,000 B.C. and measuring about 1,400 meters in length, 400 meters in width and 10 to 15 meters in height -- was reported in an article published in the British science journal Nature on Wednesday. 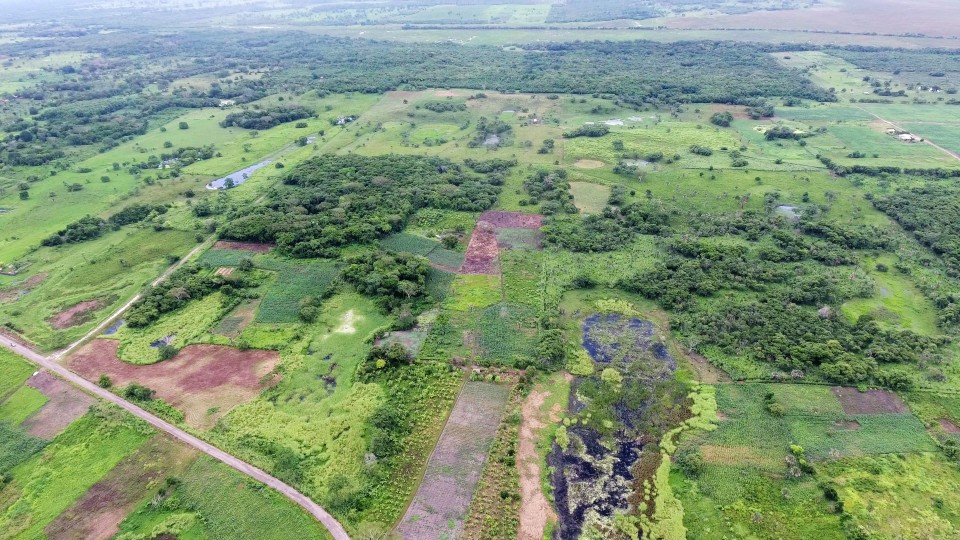 Aerial view of an artificial pleateau believed to be the oldest and largest construction built by the ancient Maya civilization. (Courtesy of University of Arizona archaeologist Takeshi Inomata)
The team led by University of Arizona archaeologist Takeshi Inomata found the structure, believed to have been used for rituals, by airborne laser scanning while flying over the Mexican state of Tabasco between 2018 and 2020 followed by ground excavations.

The large-scale ceremonial complex, which lies at the western boundary of the Maya lowlands, was named Aguada Fenix, and together with other ceremonial complexes in the same period, it suggests the importance of communal work in the initial development of Maya civilization, according to the research team.

The artificial plateau of the previously unknown Aguada Fenix has nine causeways radiating out from it. Researchers dated the construction of the plateau between 1,000 B.C. and 800 B.C., stating it is "the oldest monumental construction ever found in the Maya area and the largest in the entire pre-Hispanic history of the region."

"We are surprised that a massive structure was built in the early period of the civilization," said Kazuo Aoyama, a professor at Ibaraki University in Japan and a member of the team.

The Maya civilization, known for its sophisticated writing system, as well as mathematical and astronomical developments, prospered from around 1,000 B.C. in Mesoamerica including present-day Guatemala and parts of Mexico, but its origins remain a mystery.

"It is a significant discovery as it provides insight into the origins of Maya civilization," Aoyama said.

Unlike tall pyramids, artificial plateau refers to horizontal buildings larger than 200 by 200 meters, according to the team. 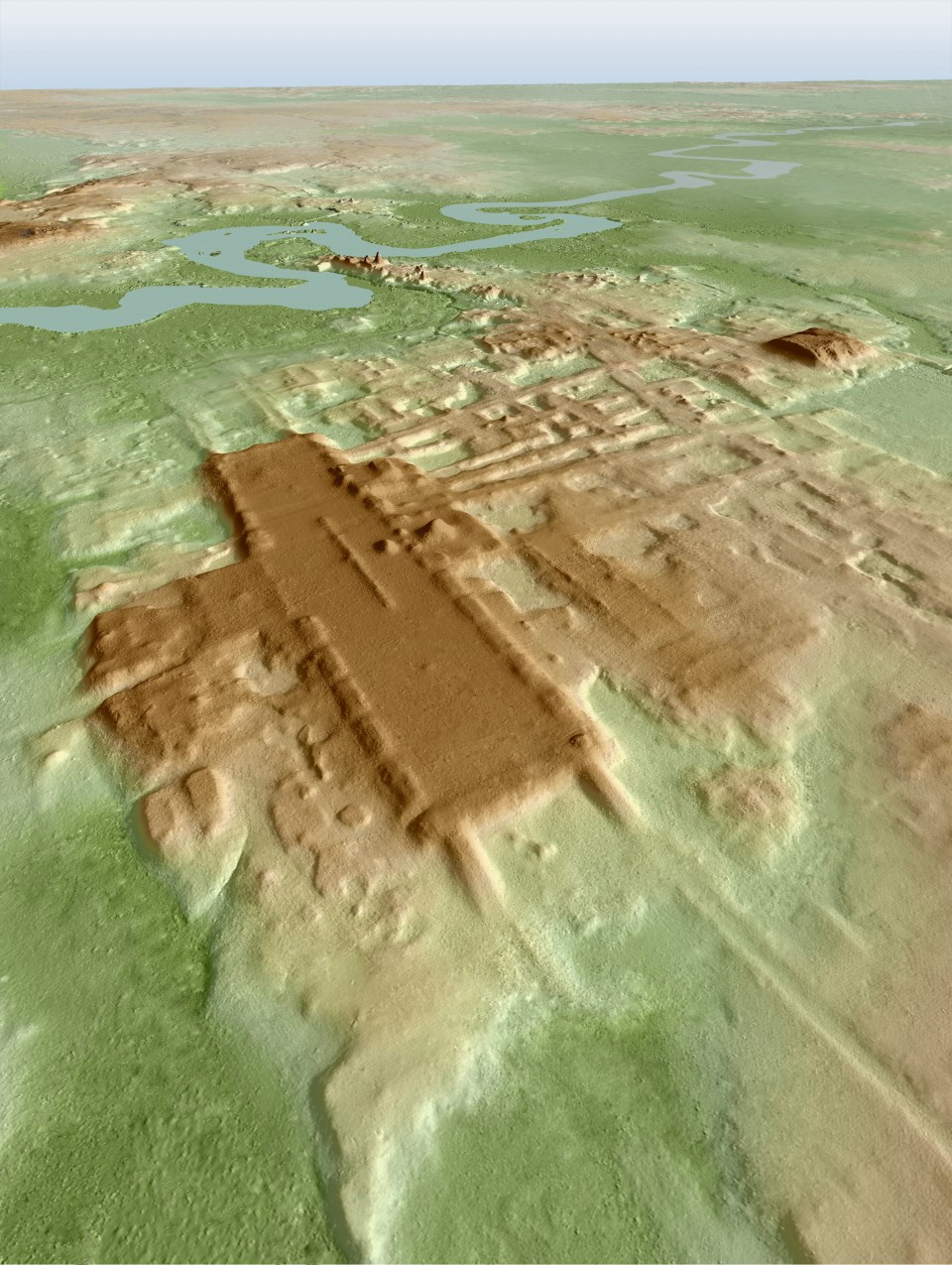 3D image of an ancient structure for rituals using airborne laser sacnning. (Courtesy of University of Arizona archaeologist Takeshi Inomata)
The time when the structure was built is regarded as a period around the beginning of settled habitations, while large-scale construction projects likely promoted their sense of unity through cooperative labor.

The archaeological site contains a type of structure called E Group, comprising a western mound and eastern platform, that is associated with astronomical observations, the team said.

The western mound provides a viewing point that supports the observation of sunrise on the horizon at the summer and winter solstices, it said.

Since horizontally extensive constructions covered by the rain forest are difficult to recognize from the ground, the airborne laser mapping technology has been leading archaeologists to new discoveries with less time and effort lately.

In fact, Inomata and his colleagues' research took three years instead of 30, an estimate by experts for the duration of a research like this without the powerful tool called LiDAR, or light detection and ranging, which is capable of piercing through thick veils of the forest canopy.

LiDAR can provide "highly accurate, detailed 3-D maps of ground surface topography," according to the University of Arizona.

Also utilizing the technology, the team previously found an artificial plateau at the Maya site of Ceibal, Guatemala, that had been recognized as the oldest Mayan architecture dated around 950 B.C., before the Aguada Fenix discovery.