Actor-turned-politician Taro Yamamoto, leader of the anti-establishment party Reiwa Shinsengumi, announced his candidacy Monday for the Tokyo gubernatorial election next month, in which incumbent Yuriko Koike is widely expected to be re-elected.

Yamamoto, 45, pledged at a press conference to make the cancellation of the Tokyo Olympics his first order of business should he be elected governor in the July 5 race. 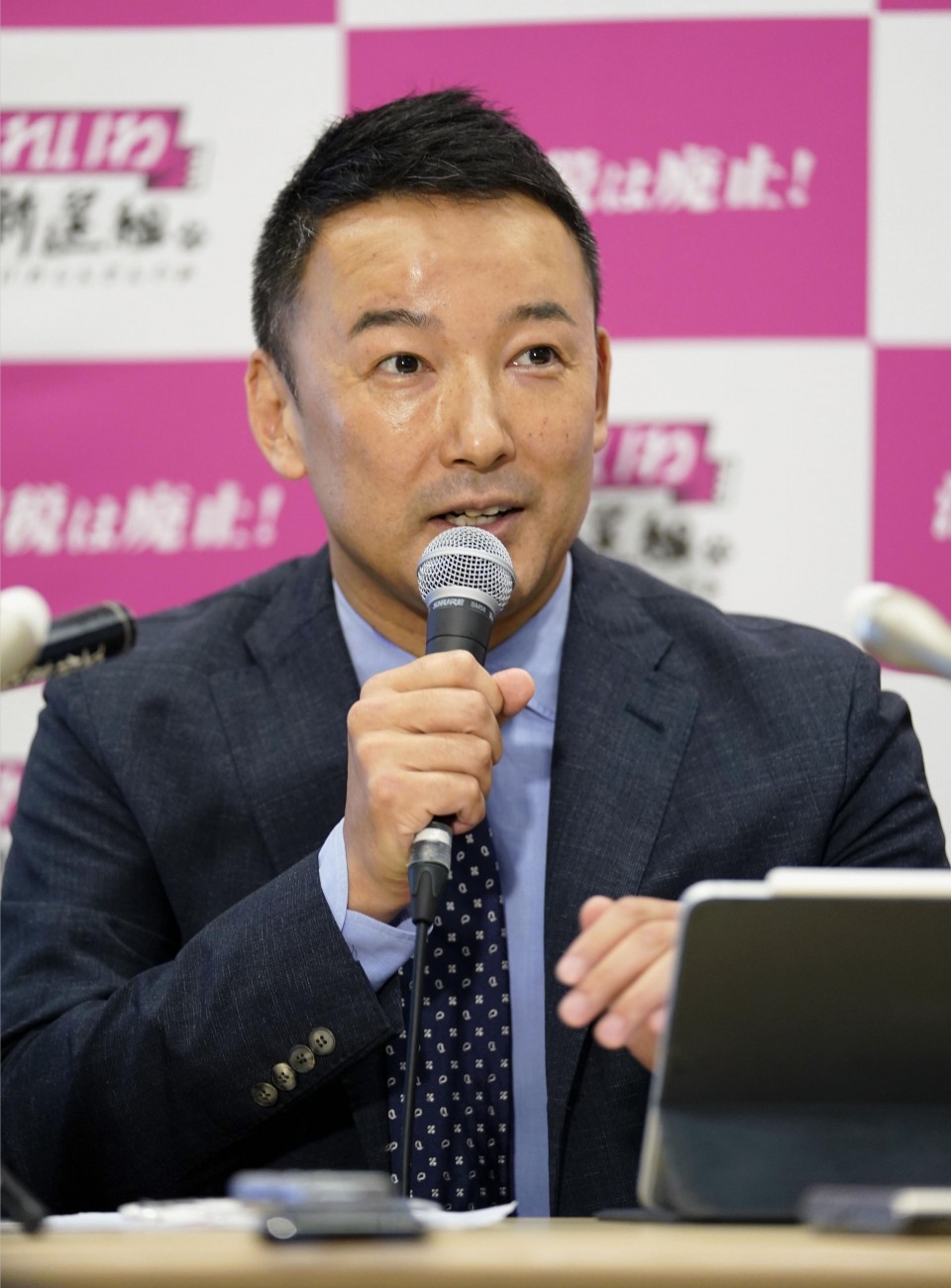 Taro Yamamoto, an actor-turned-politician who leads the anti-establishment party Reiwa Shinsengumi, speaks to reporters in Tokyo on June 15, 2020, announcing a plan to run in the July 5 Tokyo gubernatorial election. (Kyodo)

He also promised to provide all residents of the capital a relief handout of 100,000 yen ($934) each in response to the coronavirus pandemic.

But with the Constitutional Democratic Party of Japan, the Japanese Communist Party and the Social Democratic Party already set to back rival Kenji Utsunomiya, 73, former head of the Japan Federation of Bar Associations, Yamamoto's entrance into the race will likely result in votes being split between the major opposition parties.

Yamamoto had said during a radio program Saturday that the chances of him running in the election, for which campaigning will begin on Thursday, was "fifty-fifty."

Koike, 67, who is running without the backing of any party, faces sparse opposition in the upcoming election, with Japan's ruling Liberal Democratic Party opting not to field a challenger.

In addition to Yamamoto and Utsunomiya, Taisuke Ono, 46, who recently quit as vice Kumamoto governor, is considering running in the race with support from the opposition Japan Innovation Party.

Takashi Tachibana, 52, head of a fringe party calling for public broadcaster NHK to be dismantled, is also expected to announce his candidacy.