Yamagishi Shokado in Wajima, Ishikawa Prefecture, founded during the Edo Period (1603-1868), eyes enhancing efforts to showcase unique products made of lacquer from the surface to core and their sales abroad.

The technique called "Shin Shitsu," meaning lacquer to the core, is an unprecedented method as it uses 100 percent domestic lacquer sap for cores, detailed parts and surface of lacquerware without using any wooden materials, according to the craft shop. 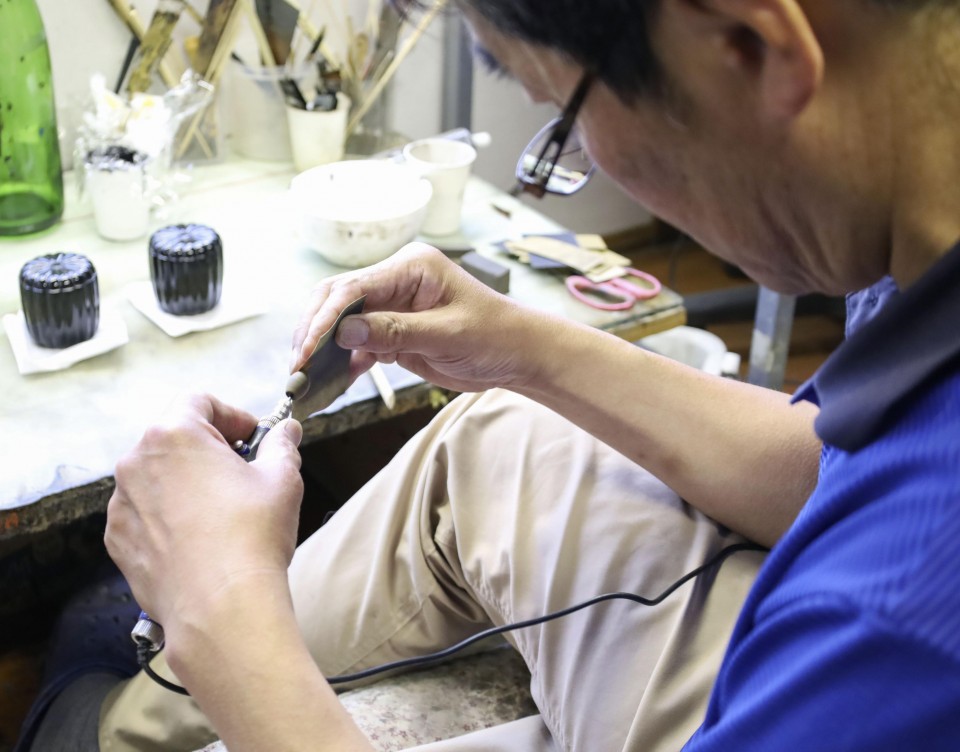 Most of the Shin Shitsu lacquer artwork is an embodiment of Japanese traditional culture, which ranges from tableware such as tea bowls to incense cases, while Yamagishi Shokado, where the 17th-generation craftsmen Soyo Yamagishi and his younger brother Shodo are currently at the helm, also engages in the production of Buddhist statues with complex decoration.

"By exhibiting the best products, we're hoping the world will recognize the value of our artwork," the 58-year-old Soyo said.

Unlike conventional lacquerware, which is made by applying lacquer coating on wooden materials or cloth, Shin Shitsu artwork is expected to last for a long period of time without degrading because lacquer resists heat, acids and alkalis, among other things.

Lacquerware made of wood can crack due to damage to wood, and it can become unusable in different climates and environments sometimes when taken overseas.

On the other hand, since lacquer has very stable composition and structure like amber, products made of only lacquer exhibit very high durability.

Once it is solidified, lacquer will not return to liquid, the shop said.

In the meantime, it takes time and effort to finish one piece of Shin Shitsu artwork, as it requires the process of applying thick layers of lacquer coating, and a production period may range from eight to 23 years, according to the shop.

It can take several years just to produce the core of a product, it said.

The craft shop, however, has recently succeeded in speeding up the process of solidifying lacquer by meticulously studying desirable room temperatures and humidity, hoping it may help enhance the recognition of its brand overseas as well.