Three of four quokkas recently acquired by a zoo near Tokyo were unveiled to the press on Monday ahead of their public debut.

The endangered marsupials, often called "the happiest animal on earth" for their smiling appearance, are the first of their kind to be exhibited outside of Australia. 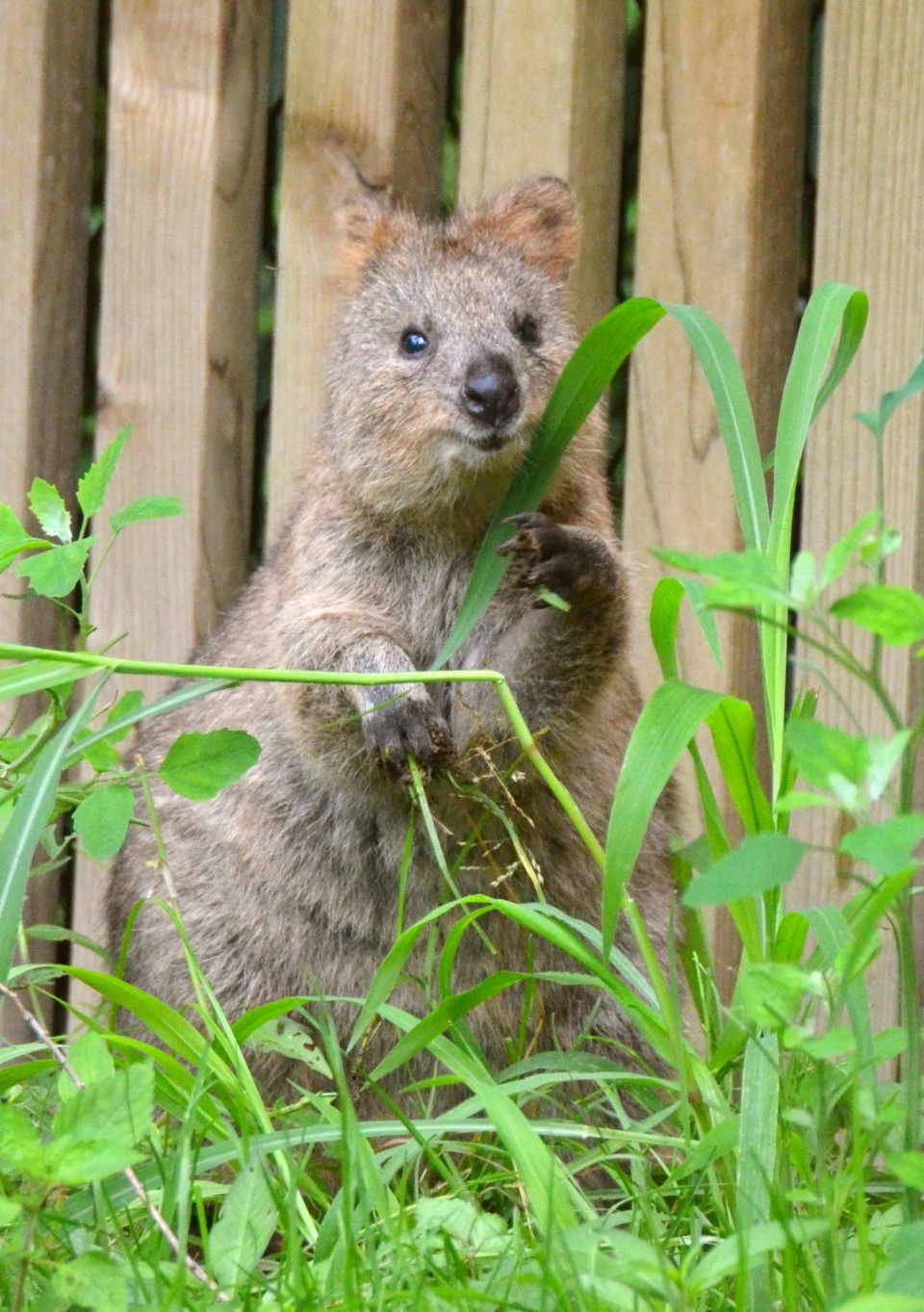 (Photo taken June 29, 2020, shows a quokka, a marsupial from the same family as the kangaroo, shown to the press at Saitama Children's Zoo in Higashimatsuyama, near Tokyo. Presented from an Australian zoo, two male and two female quokkas will go on public display from July 1, making it the first time the animal can be seen at a zoo outside of Australia)

The quokkas arrived at Saitama Children's Zoo in Higashimatsuyama, Saitama Prefecture, in March from Featherdale Wildlife Park in Sydney, but their debut was put on hold as the zoo temporarily closed the same month due to the novel coronavirus outbreak.

The zoo has, however, been posting photos and videos of the new residents on social media ever since they arrived.

On Monday, three of the quokkas, one male and two females, were let out of their shed and allowed to graze on the grass in the enclosure outside, under the watchful eye of their keepers.

The quokkas will go on display from Wednesday for a couple of hours a day, but only those who obtained a ticket after the zoo reopened on June 22 will be able to see them.

Quokkas, which measure around 40 to 55 centimeters in length, are designated as a vulnerable species, according to the International Union for Conservation of Nature. They inhabit islands off the coast of Western Australia, particularly Rottnest Island off Perth, the state capital.