Despite Nissan Motor Co.'s latest efforts to become more cost-efficient and profitable by strengthening its collaboration with Renault SA, its business downturn may be causing a costly delay in the global race toward new mobility technologies, analysts say.

While the new systematic divisions of labor in the automakers alliance of over 20 years may help cut fixed costs, it could take five years or so before they can launch jointly developed models under the new collaboration framework, they say. 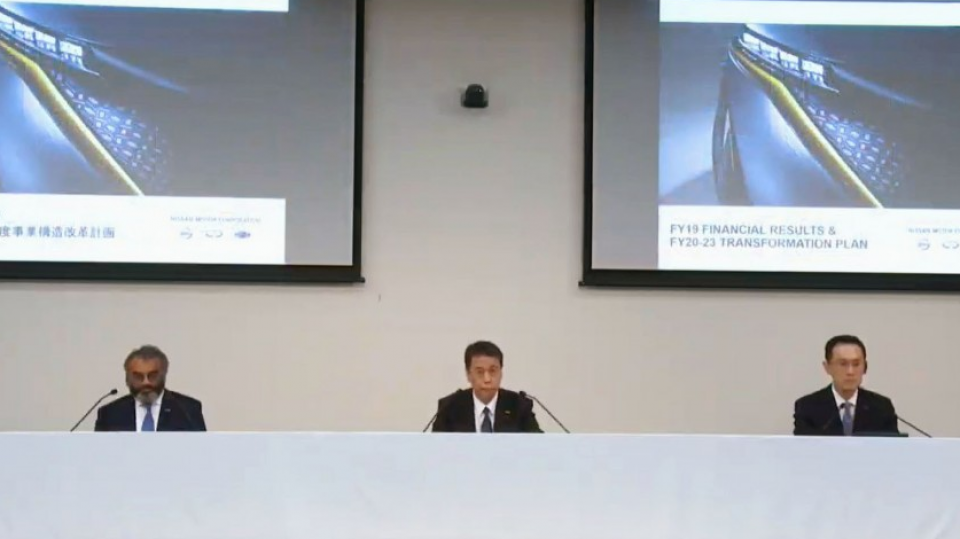 Nissan Motor Co. President and CEO Makoto Uchida (C), pictured in Tokyo, says during an online press conference on May 28, 2020, that the company's group net loss totaled 671.2 billion yen for the year ended March 31, due to a sharp fall in sales amid the coronavirus pandemic. (Kyodo)

The new approach to working together can put an end to infighting over product development often seen under ousted former boss Carlos Ghosn, but it will need time to bear fruit, said Tatsuo Yoshida, senior auto analyst at research group Bloomberg Intelligence.

"This new alliance scheme, which encourages the sharing of not only platforms but upper vehicle bodies, will enhance efficiency, but this may also mean that the byproduct will be a nondescript model with weak product appeal," said Yoshida, a former Nissan employee.

"When it comes to maximizing the benefits of the alliance, it was always easier said than done," he said. "Nissan finally stands at the start line."

The alliance, which also includes Mitsubishi Motors Corp., hopes to boost their profitability, already battered before the new coronavirus pandemic put even more pressure on sales.

Nissan said Thursday it will close plants in Spain and Indonesia and cut annual output by 20 percent after it reported a hefty net loss of 671.22 billion yen ($6.2 billion) in the year ended March 31, its largest red ink in 20 years.

Under the new framework, Nissan will play the role of supervisor in the field of autonomous driving and the alliance's operations in Japan, North America and China.

"Renault and Mitsubishi Motors will get free rides from the new scheme, while Nissan got the short end of the stick because it is under more pressure to enhance competitiveness in the three major markets," said Fumiko Kurokawa, a professor at Dokkyo University's faculty of economics who specializes in corporate management in the auto industry.

"Nissan will be under close scrutiny to deliver results in the key markets. Mitsubishi Motors and Renault will be more reliant on Nissan's performances," Kurokawa said.

Despite the fresh efforts, analysts say the alliance will still struggle to catch up with its rivals. Global competition is growing as Fiat Chrysler Automobiles N.V. and French automaker PSA Group, which manufactures vehicles under the Peugeot and Citroen brands, are set to merge to create the world's fourth-largest automobile maker by volume.

While the entire car industry has been challenged by the coronavirus, some are apparently in a better position to ride out the downturn. Toyota Motor Corp. and Honda Motor Co. resumed U.S. production in mid-May, while Nissan needs three more weeks to do so.

Toyota, which unlike Nissan has avoided worker layoffs, said earlier this month it expected sales to return to normal by early next year partly thanks to years of cost control efforts.

Despite its projection of a 79.5 percent drop in operating profit for the current fiscal year, it plans to invest 1 trillion yen in new technologies while seeking cross-industry alliances.

"The alliance promoted the sharing of vehicle platforms and the eradication of duplicated work, but those are things carmakers like Toyota have long carried out. So nothing is really new," Bloomberg Intelligence's Yoshida said. 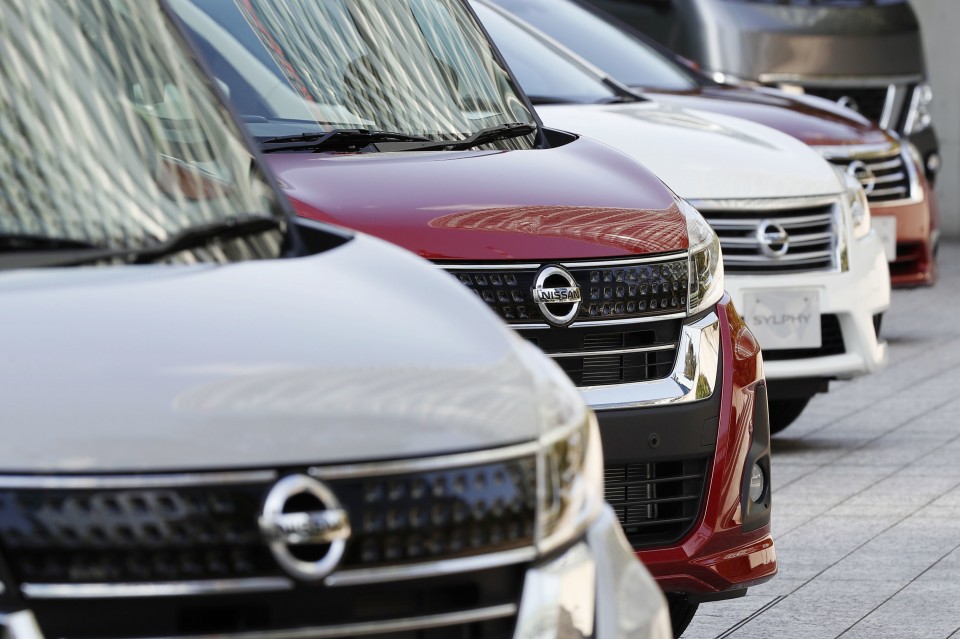 As for the outlook for the alliance, Dokkyo University's Kurokawa said that the tighter collaboration means Nissan and Renault will not immediately discuss a review of their cross-shareholding structure, which has long been a source of tension between the two carmakers, as they prioritize their business recovery.

If the French maker is further pushed into a corner, the issue may be put on the negotiating table again but this time to Nissan's advantage, Kurokawa said.

Renault may seek to sell some of its 43.4 percent stake in Nissan, which would make the cross-shareholdings structure more balanced, she said.

That would be in line with the request of the Japanese carmaker, which has a 15 percent non-voting stake in Renault and has been dissatisfied with the unbalanced structure.

Previously, Renault sought a merger of the two companies, something that was strongly opposed by Nissan.

Asked on the possibility of a merger between Renault and Nissan, Jean-Dominique Senard, chairman of the alliance, told an online press conference Wednesday, "There is no plan for a merger of our companies."

The Renault chairman at the same time showed enthusiasm for partnering with other companies. "We can be open to the world. The point is that we need to be attractive...This alliance will be the most powerful combination in the world. The attraction of other partners can come anytime."