Sixteen Japanese financial institutions have refrained from investing in and extending loans to companies involved in the manufacturing of nuclear weapons and delivery missiles, according to a Kyodo News survey released Sunday.

The survey found the lenders set guidelines for such action in an effort to avert international criticism against conducting deals with nuclear-related businesses amid growing public perceptions about the inhumane nature of nuclear weapons and other weapons of mass destruction. 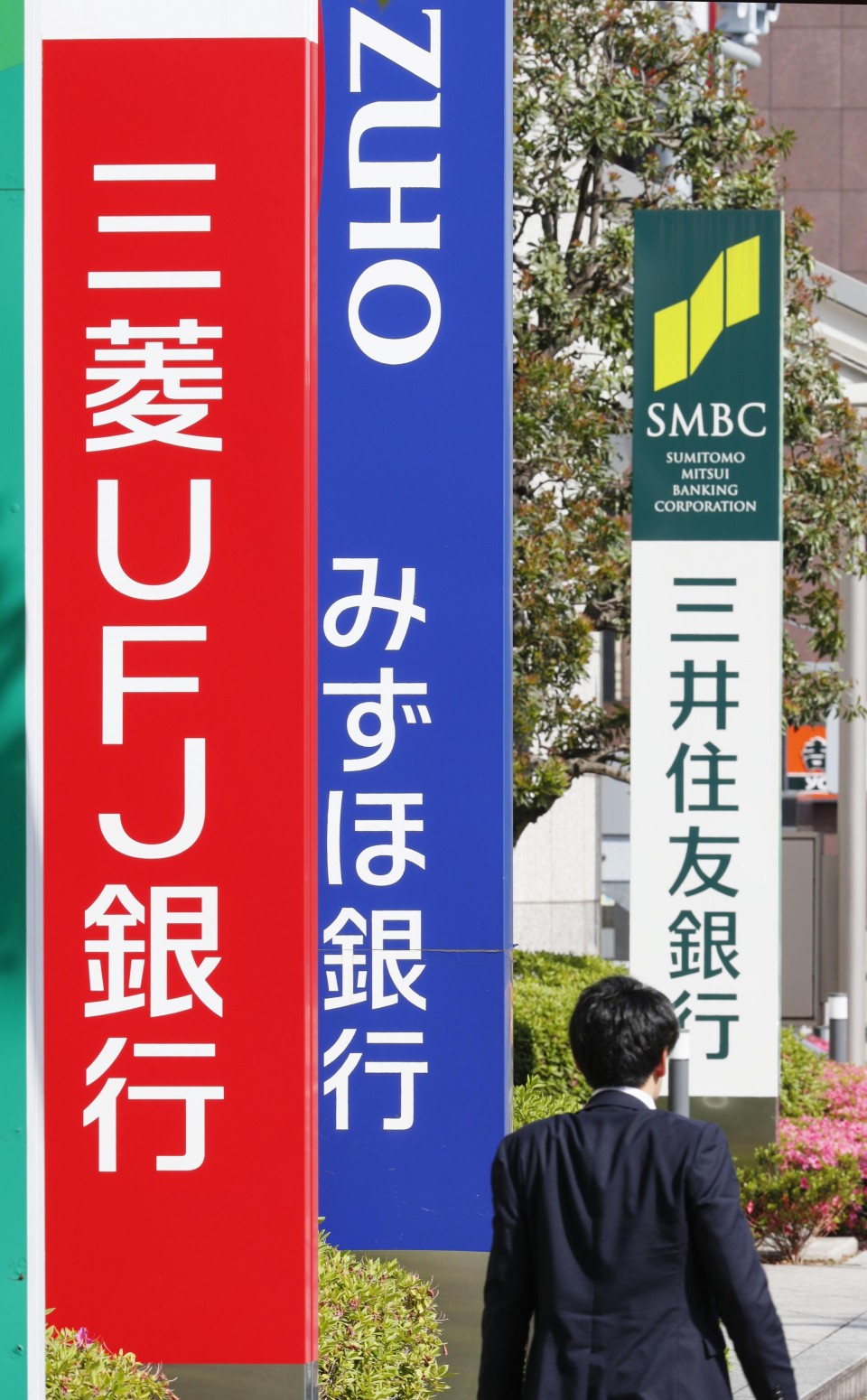 A man walks by signs for (from L) MUFG Bank, Mizuho Bank and Sumitomo Mitsui Banking Corp. in Tokyo's Koto Ward on May 11, 2018.

Kyodo sent a written questionnaire to a total of 119 city banks, regional banks and online banks from late February to early March. Of them, 35 responded.

About 70 percent of the total did not answer because they said they have never discussed the issue.

A Resona Bank official said the Osaka-based lender drew up written rules in March 2018 that it will not invest in nuclear, anti-personnel mines and other fields due to rising international criticism against conducting businesses with companies involved in the manufacturing and development of weapons of mass destruction.

According to the survey, nine respondents including Hokkaido Bank, the Bank of Kochi in Kochi Prefecture and Oita Bank in Oita Prefecture said they backed the Treaty on the Prohibition of Nuclear Weapons.

Of 20 lenders expressing reservation about the 2017 U.N. nuclear ban treaty, five cited the Japanese government's reluctance to sign it.

Japan does not possess nuclear weapons but remains under the nuclear umbrella of the United States, mainly due to military buildup and assertiveness of China, a nuclear power, and North Korea's development of nuclear weapons and ballistic missiles.

Twelve respondents including Tohoku Bank, Higo Bank and the Bank of Toyama in Toyama Prefecture said they think the adoption of the U.N. pact would generate risks in the future to investment in nuclear-related companies.

None of the 35 respondents said they have provided funds to companies developing intercontinental ballistic missiles, bombers capable of loading nuclear weapons and other nuclear weapons-linked assets.

However, the three megabanks declined to disclose their investments in nuclear-related companies so far.

While welcoming the 16 lenders for possessing the guidelines, the International Campaign to Abolish Nuclear Weapons, or ICAN, a nongovernmental organization and the 2017 Nobel Peace Prize laureate, said it suspects some of them continue to invest in nuclear-related companies.

"Companies that manufacturer nuclear weapons conduct businesses in other areas," said Akira Kawasaki, a member of the International Steering Group of ICAN. "We see it as a perception gap between us and some banks that claim they abstain from investing in nuclear weapons manufacturing businesses."

ICAN wants those banks to disclose details about their guidelines, Kawasaki said.