The Foreign Correspondents' Club of Japan said Thursday it removed a parody of the Tokyo Olympic emblem depicting the novel coronavirus published on the cover of its magazine after receiving strong criticism from the games' organizers.

"Clearly, the cover offended some people in our host country, Japan...we would like to express our sincere regret to anyone who (it) may have offended on all sides of the issue," FCCJ President Khaldon Azhari said in an online press conference.

Reading a statement from its board of directors, Azhari said the FCCJ considers the controversial image posed a "copyright issue" and made the decision to remove the image from its website after consulting with several lawyers. 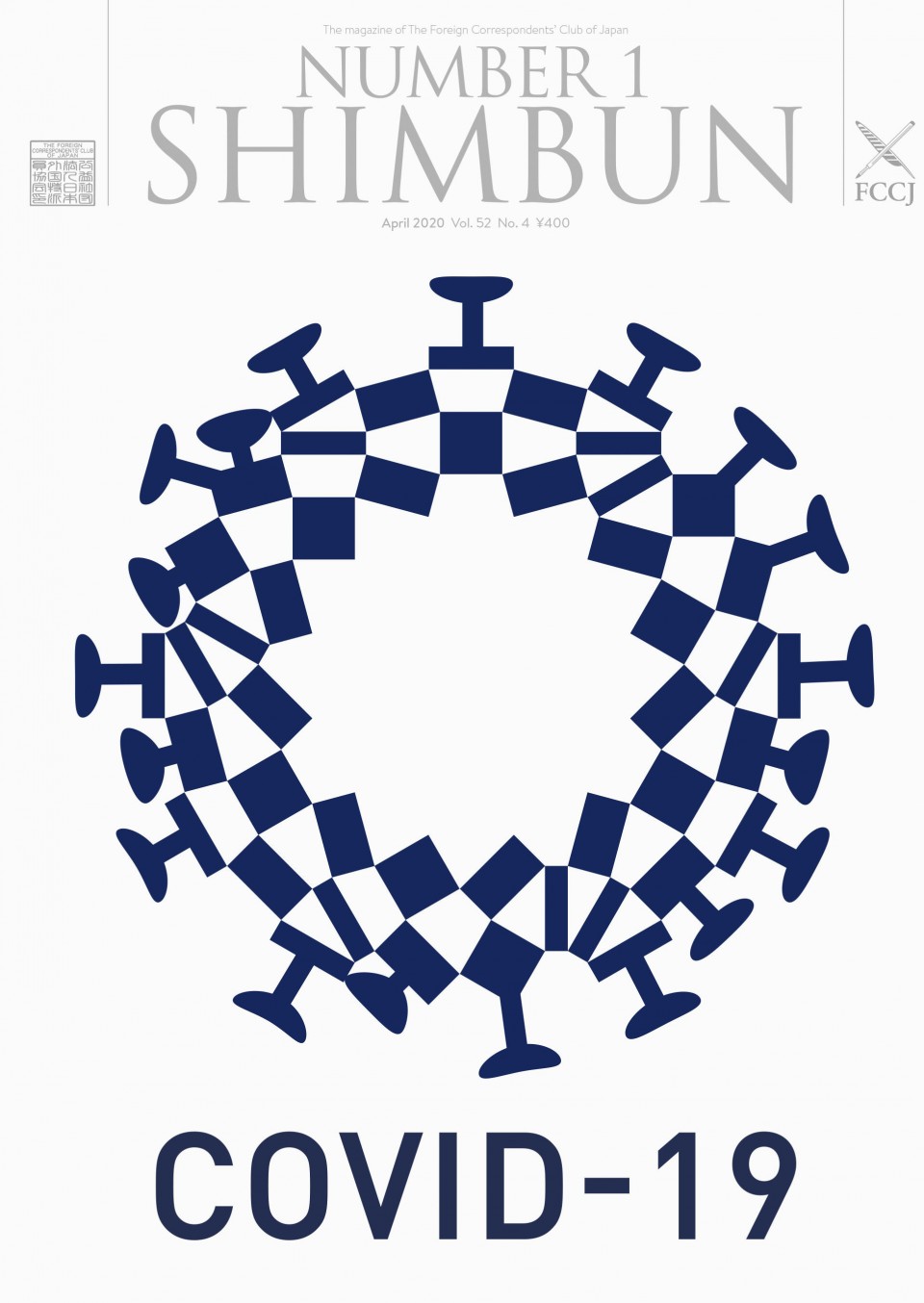 (Supplied photo from the homepage of the Foreign Correspondents' Club of Japan shows the front cover of the April issue of Number 1 Shimbun, the FCCJ's monthly magazine, with a logo that resembles a combination of the 2020 Tokyo Olympics emblem and the image of the novel coronavirus)

The magazine, the April issue of the FCCJ's Number 1 Shimbun, depicts a play on the emblem with a navy-colored checkered design above the words COVID-19, in an apparent reference to the one-year postponement of the games due to the coronavirus pandemic.

The organizing committee of the games on Tuesday slammed the image as "undignified" and asked the FCCJ to delete the content from its website claiming it infringed copyright.

Azhari said, "Considering that we are in the midst of a global pandemic, and we are in crisis in Japan and more than 70 countries, we decided that now is not a good time to enter into legal disputes over copyright."

Tokyo Olympic organizing committee CEO Toshiro Muto said that the organizers received a faxed letter of apology from the FCCJ.

"It is what we wanted and (the FCCJ) made the appropriate decision. I am aware that the problem has been resolved now," Muto said.

According to Azhari, the games organizers said in their complaint that the parody image cast a "negative light" on the emblem by associating it with COVID-19, the disease caused by the coronavirus.

Mentioning there are strict copyright restrictions on parody material in Japan, Azhari said he hopes the "incident will open a good discussion" about the issue in the country.

The Tokyo Olympics and Paralympics, originally scheduled for this summer, were postponed in March amid the global spread of the pneumonia-causing virus.