Kei Nishikori and Naomi Osaka swapped their rackets for Nintendo Switch controllers and met on court in the Mario Tennis Aces video game on Sunday during the "Stay at Home Slam," a virtual charity tournament featuring eight star players and their celebrity doubles partners.

Nishikori and DJ Steve Aoki squared off against Osaka and model Hailey Bieber in the first round of the competition streamed live on Facebook, but the latter pair forfeited after a weak internet connection halted play. 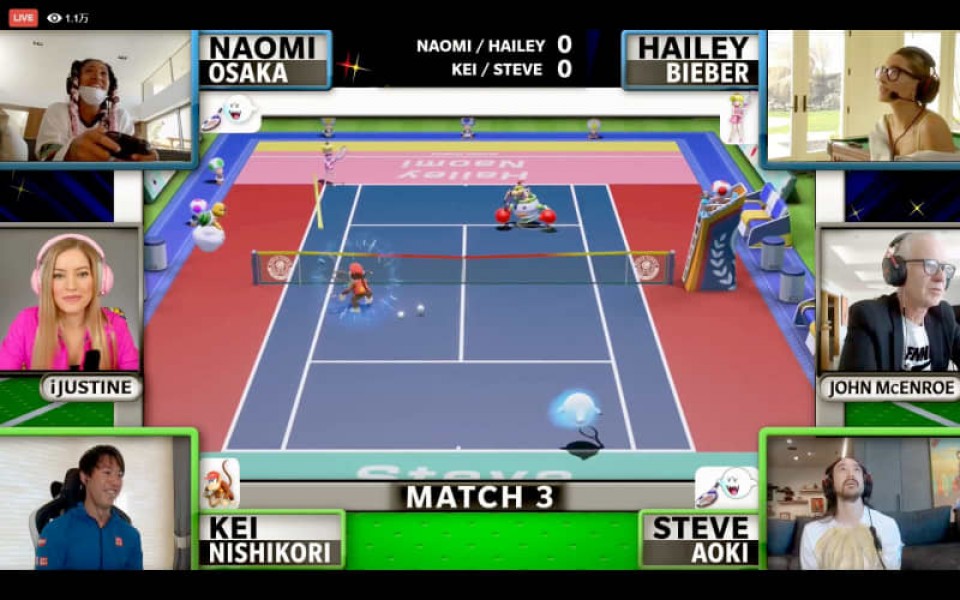 Nishikori and Aoki then won in the next round and advanced to the final, but lost to Taylor Fritz and online personality Addison Rae. Each player received a $25,000 donation to the charity of their choice, while the winners earned an extra $1 million donation to go toward the fight against the coronavirus pandemic.

Nishikori, who is recovering from elbow surgery, said the virtual pro-am "was a lot of fun." The 30-year-old also took part in last week's Madrid Open Virtual Pro, a video game version of the clay-court tournament.