Prosecutors plan to press charges against former Justice Minister Katsuyuki Kawai for bribery in connection with his wife's campaign in an upper house election last summer, sources close to the matter said Tuesday.

The scandal involving Kawai -- known for his close ties to Prime Minister Shinzo Abe -- appears certain to deal a further blow to the Abe government, which has faced public criticism over its handling of the coronavirus crisis. 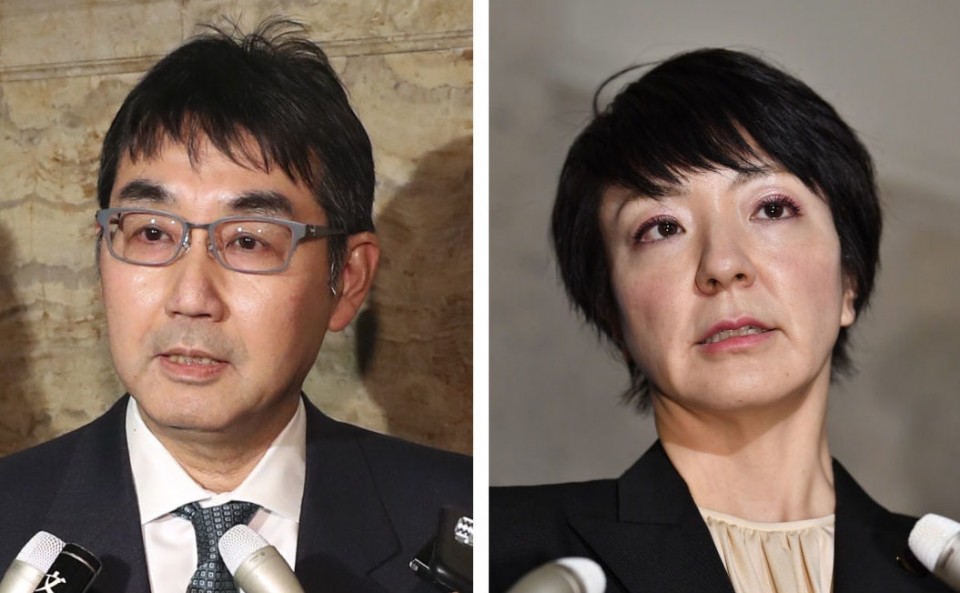 Combined photo shows former Japanese Justice Minister Katsuyuki Kawai (L) and his wife Anri Kawai. Three people including a policy secretary of Katsuyuki Kawai were arrested March 3, 2020, over alleged illegal payments made to Anri Kawai's campaign staff during the 2019 upper house election in which she won a seat.

Kawai, 57, may have handed a total of about 10 million yen ($93,000) to local assembly members in Hiroshima Prefecture and others in alleged vote buying for his wife Anri in violation of the Public Offices Election Law, the sources said.

The prosecutors are also considering establishing a case against Anri Kawai, 46, who was elected a member of the House of Councillors for the first time last July, they said.

The couple both denied the allegations during voluntary questioning by the Hiroshima District Public Prosecutors Office.

According to the sources, prosecutors suspect the alleged bribe money may have come from 150 million yen that Abe's Liberal Democratic Party gave to Anri's campaign.

In the election, the LDP fought for two seats in the Hiroshima constituency by backing Anri Kawai, along with veteran lawmaker Kensei Mizote. But Mizote lost his seat as conservative voters were divided.

Investigations have found that Katsuyuki Kawai, a House of Representatives member of the LDP, orchestrated the campaign for Anri.

Katsuyuki Kawai served as special advisor for foreign affairs to Abe before being named justice minister last September. He resigned from the post the following month after the scandal came to light. 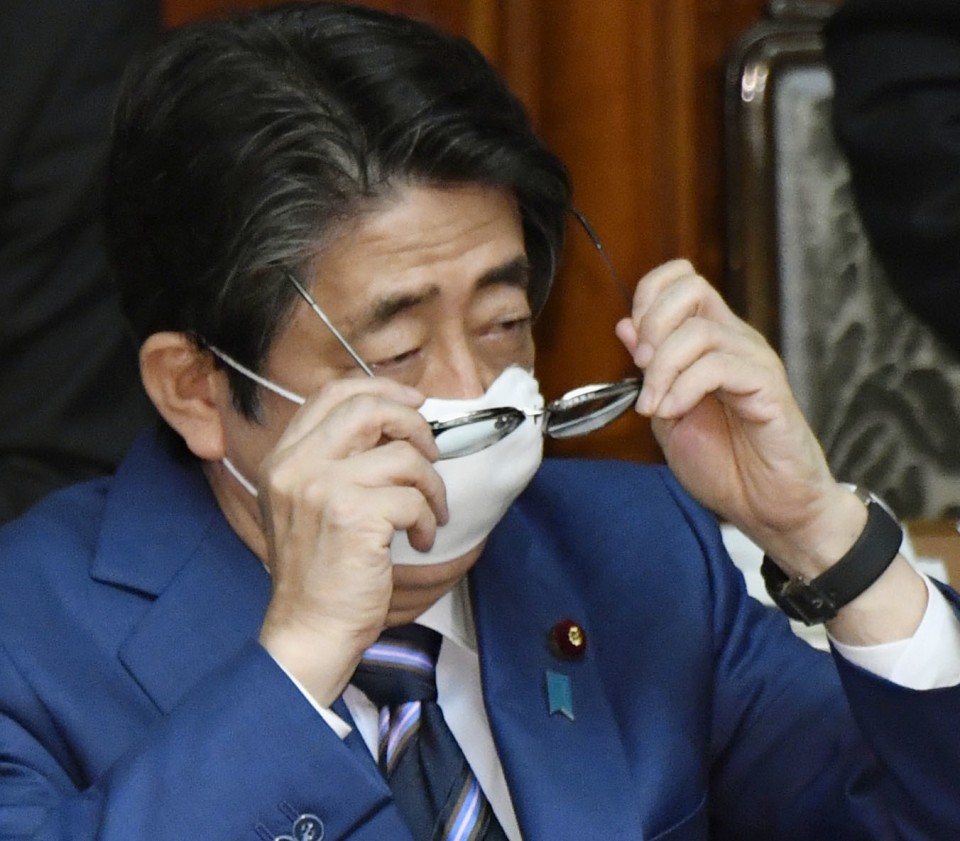 Japanese Prime Minister Shinzo Abe attends a House of Representatives plenary session in Tokyo on May 12, 2020, wearing a face mask amid the coronavirus pandemic.

In March, secretaries of the couple were indicted on charges of paying a total of 2.04 million yen to 14 campaign staffers for their work in the upper house election, an amount exceeding the legal cap of 15,000 yen a person per day.

The prosecutors have been contemplating seeking an arrest warrant for Katsuyuki Kawai, but are expected to consider an appropriate time to press their charges against him given that the nation is under a state of emergency over the outbreak of the novel coronavirus.

Lawmakers have also special immunity from arrest while the Diet is in session. The current session is scheduled to end June 17, but may be subject to extension.