A female giant panda that the Japanese city of Kobe has been renting from China for breeding purposes will be sent back home after the lease agreement ends in July, the city said Tuesday.

The departure of Tan Tan will bring the total number of pandas in Japan to nine -- three in Ueno Zoological Gardens in Tokyo and six in Adventure World in Wakayama Prefecture in western Japan.

The 24-year-old panda, the equivalent age of between 60 and 70 in human years, came to Kobe Oji Zoo in 2000 and bred in 2008 through artificial insemination. Tan Tan had a live birth, but the cub died a short time later.

"I want to thank Tan Tan, who came after the Great Hanshin Earthquake and gave cheer to quake-affected children and many other citizens," Hiroyuki Ueyama, head of the zoo, told a press conference. 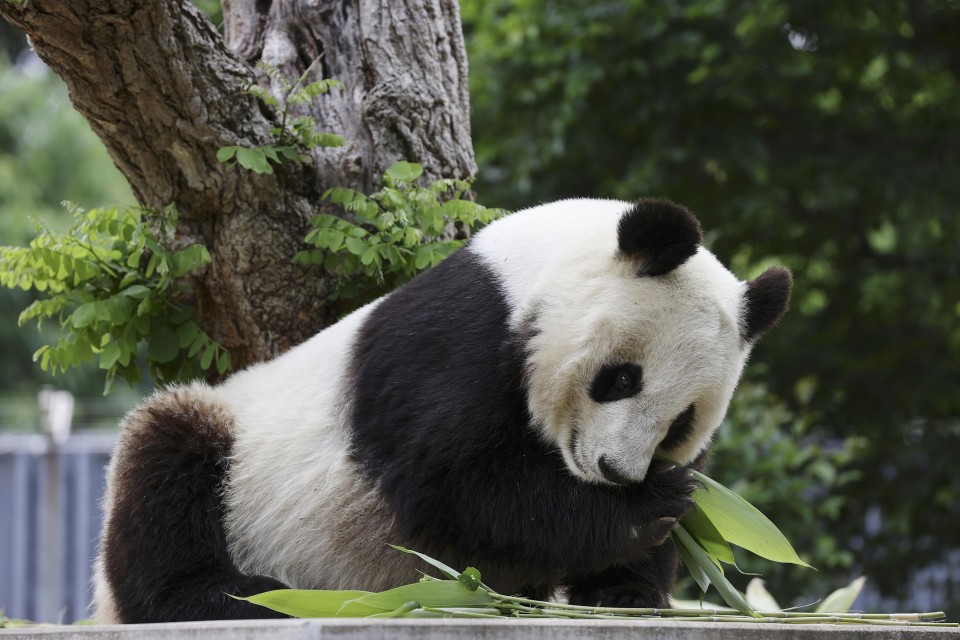 The zoo said it has yet to decide exactly when the panda will leave Japan because relevant flight schedules remain uncertain due to the coronavirus pandemic.

Tan Tan came to the zoo under a 10-year lease, but she ended up staying longer after the Chinese side agreed to extend the contract for five years twice.

Kobe requested another lease extension, but the Chinese side said this time, the aging panda should be taken care of at home, according to the city.

The zoo also had a breeding partner named Kou Kou, who came with Tan Tan, but he died in 2010.

The zoo is currently closed and plans to reopen on June 1, limiting the number of daily visitors to 2,000 to avoid the spread of the virus, it said.