The U.S. death toll from the coronavirus pandemic has exceeded 100,000 as the country moves to reopen the economy that has been shut down to slow the spread of the virus, a tally by Johns Hopkins University showed Wednesday.

The United States has continued to see a rise in the number of deaths after becoming the country with the highest number of fatalities from the novel coronavirus in April. 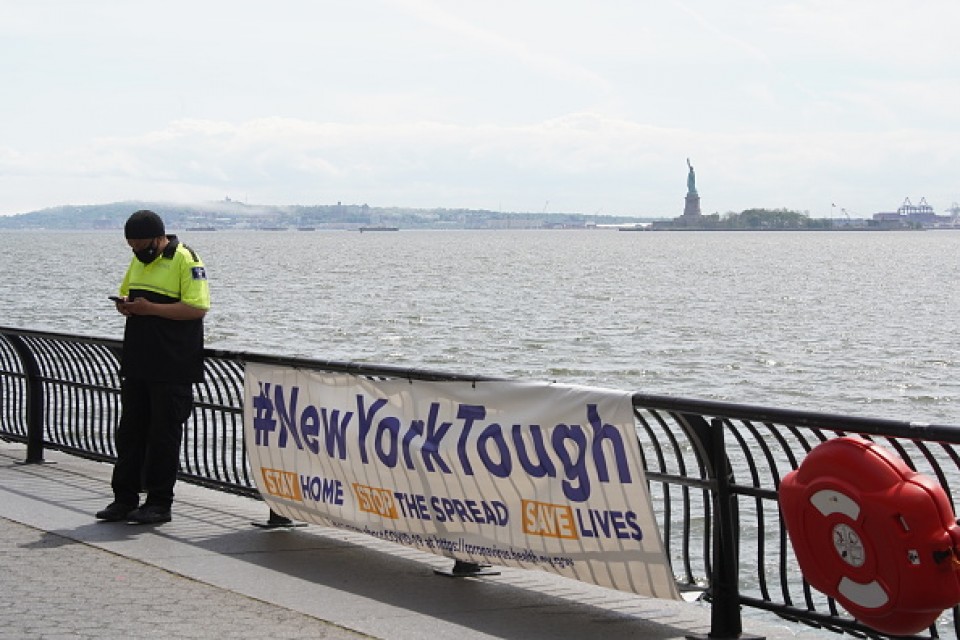 A security guard stands next to a banner "New York Tough" during the coronavirus pandemic on May 27, 2020 in New York City.(Getty/Kyodo)

More than 1.6 million people in the United States have been infected so far, also a larger figure than any other country in the world, with Brazil coming in second.

Globally, more than 5 million cases of infection with COVID-19, the disease caused by the virus, have been confirmed, with the number of deaths reaching around 350,000, according to the university tally.

U.S. President Donald Trump has argued that his country's increased virus testing capacity is contributing to the rise in the number of confirmed cases, calling the high figure a "badge of honor."

But he has been criticized for initially downplaying the threat of the highly contagious virus, failing to quickly roll out testing and sometimes making remarks not supported by the expertise of scientists on his team.

The United States continues to bar the entry of foreign travelers coming from mainland China, the first country to be hit by the virus, as well as from Iran and many European countries. It has added a similar restriction for travelers from Brazil, effective Tuesday.