Locals in northeastern Japan have been stepping up efforts to boost sales of high-quality chicken that have dropped significantly in the wake of the outbreak of the novel coronavirus.

The falling sales of Hinai chicken, a specialty of Akita Prefecture, reflects fewer consumers dining out in Akita and other parts of the country since Prime Minister Shinzo Abe declared a state of emergency last month to curb a further increase in infection cases across the country.

Akita Prefecture has seen only 16 infections, far below Tokyo's about 4,800 and Osaka Prefecture's some 1,700. 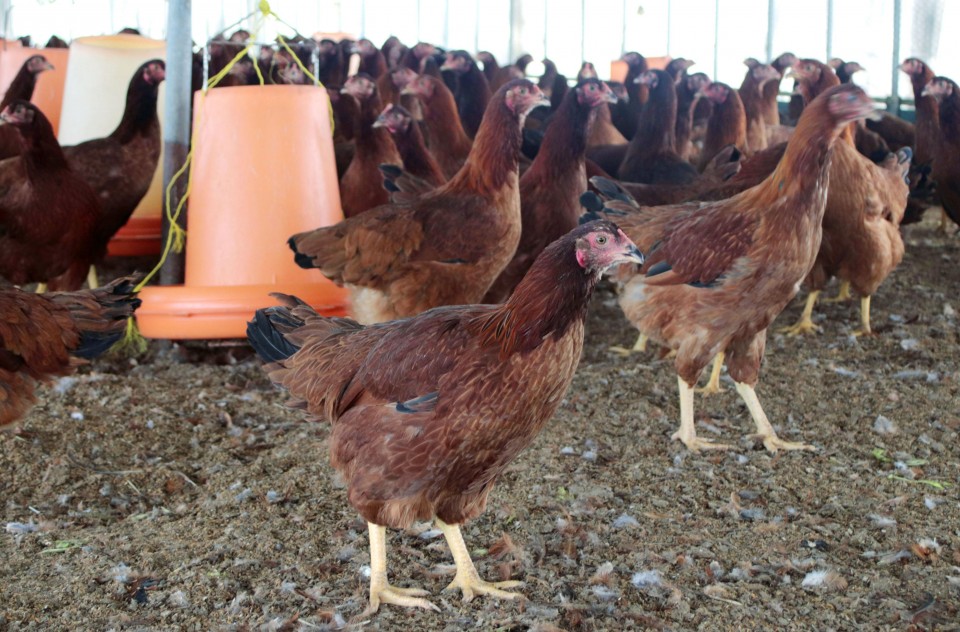 (Photo taken April 30, 2020, shows chickens being raised for sale under the Hinai brand at a farm in Odate in Akita Prefecture, northeastern Japan. The farm has been hit hard by reduced demand from restaurants amid the coronavirus pandemic.)

But the sales slump is so severe that a breeder in Odate, northern Akita Prefecture, a major production site for the brand chicken, said he cannot see how the situation will improve.

Hinai chicken is one of three delicious breeds of Japanese poultry, along with Satsuma chicken from Kagoshima Prefecture, southwestern Japan, and Nagoya Cochin from Aichi Prefecture, central Japan.

Breeders say it is difficult to sell Hinai chicken at a reduced price because its feeding period lasts about 150 days -- four times longer than that of other chickens bred for meat.

Breeders have no choice but to cut production because three major distributors had a total stock of about 80 tons of the chicken at the end of March, four times higher than a year earlier.

To help increase consumption of Hinai chicken, the Akita prefectural government has earmarked 55.19 million yen ($520,000) in a supplementary budget for fiscal 2020 through March next year.

The outlay will increase the use of the chicken in school lunches, as well as meals in company cafeterias and facilities for the elderly.

"The (Hinai chicken) brand might vanish unless we take measures," an Akita government official said.

With his April 7 declaration of a state of emergency for Tokyo, Osaka and five other prefectures over the pneumonia-causing virus, Abe allowed the seven prefectural governors to urge residents to stay at home and instruct businesses, schools and facilities to suspend operations.

Abe expanded the declaration to the entire nation on April 16 before extending it until the end of May.

Besides the fiscal measure, the private sector played its part in soliciting funds to preserve the premium chicken brand. 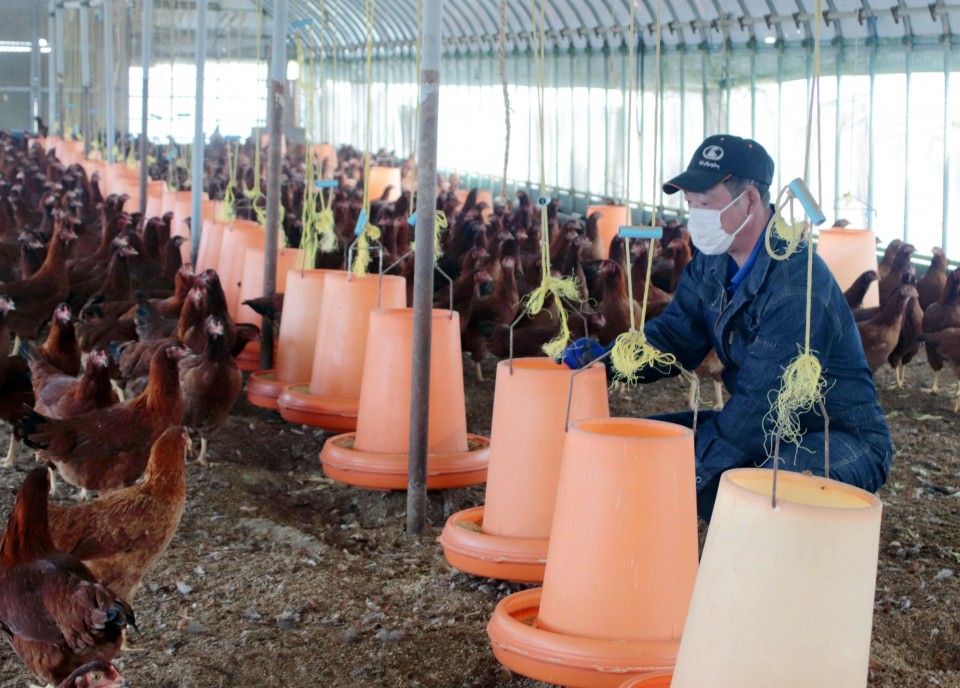 (Koji Takahashi tends to chickens being raised for sale under the Hinai brand at a farm in Odate in Akita Prefecture on April 30, 2020.)

An Akita tourism promotion group achieved its goal of collecting 1 million yen in just two days after launching a crowdfunding project for Hinai chicken in April.

With donors receiving gifts containing chicken meat in exchange for each 10,000 yen contributed, the initiative has raised more than 5 million yen so far, according to the website of the project.

A group of local businesspeople launched a delivery service for roast chicken in Odate last month, given that people are reluctant to dine out during the emergency period.

They sold a total of 495 chickens, each priced at 5,000 yen, during five operating days, including chicken shipped outside the prefecture.

Speaking at a meeting in mid-April, Hinai chicken breeders and Akita government officials affirmed close coordination in overcoming the challenges posed by the coronavirus.

"We have a history that our seniors have built with their hard work," Takahashi said. "We cannot bring it to an end at this point."