Prime Minister Shinzo Abe said Friday he is seeking to extend the nationwide state of emergency imposed over the coronavirus epidemic by about a month, after a government panel of experts recommended that the current measures be maintained for a while.

"I will ask experts to thoroughly examine each region's situation and up-to-date data on infections and listen to their opinions before making my final decision on May 4," Abe told reporters at his office.

Abe said he had instructed economic revitalization minister Yasutoshi Nishimura to make necessary preparations with an extension of one month to the state of emergency as a baseline.

Abe is scheduled to hold a press conference on Monday after a formal decision is made. The state of emergency is currently set to expire Wednesday, the last day of the Golden Week holidays in Japan.

The expert panel met Friday to assess the latest situation, a day after Abe suggested an extension was in the offing, saying that returning to normalcy was still difficult.

The members judged that the number of new daily infections is trending downward but the pace of decline is not as fast as had been expected.

People need to change their behavior completely until new infections fall below a "certain level," allowing some of the strain on hospitals to be removed, according to the panel.

"It is our consensus that the current framework should be maintained," panel member Shigeru Omi of the Japan Community Healthcare Organization, said at a press conference.

Under the state of emergency, people are asked to stay at home unless there is an urgent need to go out. Grocery shopping, hospital visits, going for walks and jogging are still allowed. Some businesses have been requested by prefectural governors to shut, and companies asked to promote work from home.

Nishimura, in charge of issues related to the state of emergency, said it was still early to lower the country's guard as a potential jump in COVID-19 patients would further strain the health care system. 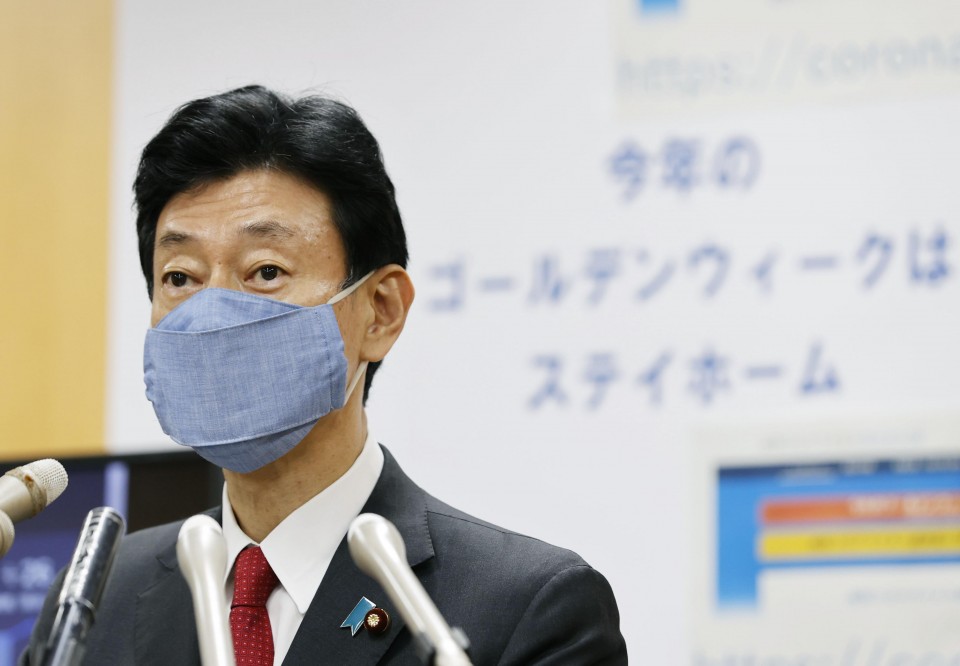 (Japanese economic revitalization minister Yasutoshi Nishimura speaks after a meeting of a government panel of experts working on measures against the new coronavirus on May 1, 2020, in Tokyo.)

"If (the request) for behavioral change is relaxed before we see a sufficient reduction in cases, the chances are that we will see an expansion phase again and efforts made by each person will go down the drain," Nishimura said at a separate press conference.

Japan has so far confirmed over 15,000 cases, including about 700 from the Diamond Princess cruise ship that was quarantined near Tokyo in February.

Tokyo, which has by far the largest number of cases among the country's 47 prefectures, recorded fewer than 50 newly reported cases for two straight days this week. On Friday, however, the figures rose to 165.

Abe declared a monthlong state of emergency for Tokyo, Osaka and five other prefectures on April 7. Ahead of the Golden Week holidays from late April to early May, he expanded it to the entire nation.

The government fears people moving freely across prefectural borders will hasten the spread of COVID-19, as many Japanese return to their hometowns and go on trips during the holiday season.

It is calling for an up to 80 percent cut in person-to-person contact, and a 70 percent reduction in commuters, though available data have pointed to difficulty in hitting the targets.