Frequent disposal of plastic waste such as bags and bottles poses a serious problem for wild brown bears in a sanctuary in northern Japan, conservationists say, warning that the animals could begin approaching humans if they acquire a taste for garbage.

The Shiretoko Peninsula in eastern Hokkaido, Japan's northernmost main island, has one of the densest bear populations in the world according to the Environment Ministry, which estimates that over 200 wild brown bears live in the area.

According to Shiretoko Nature Foundation, a staff member spotted a bear cub about 80 centimeters in length carrying a plastic bag in its mouth near a road close to a national park area on May 5. 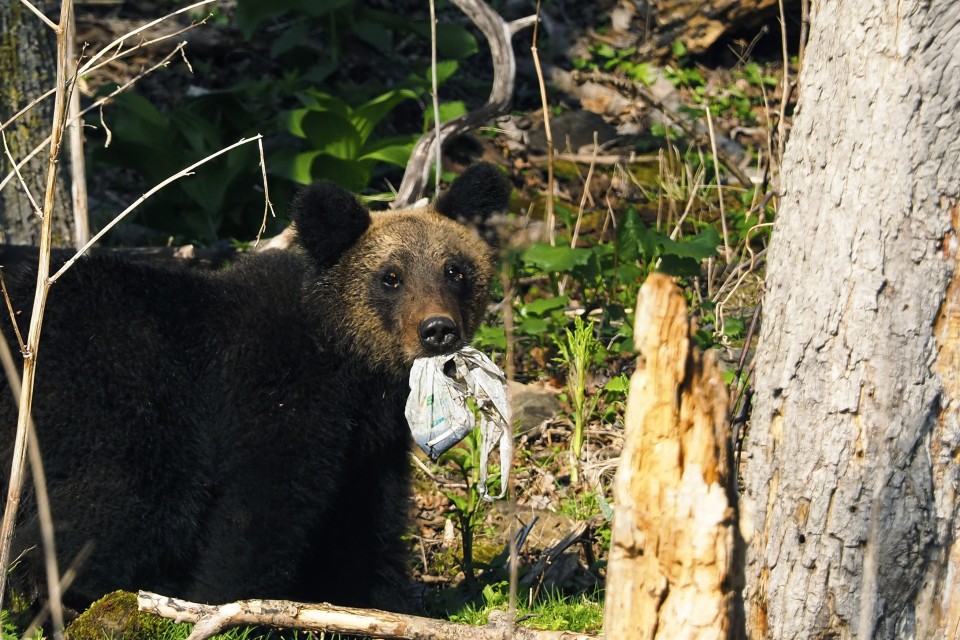 (A bear cub carrying a plastic bag with its month in the town of Shari, Hokkaido, on May 5Shiretoko Nature Foundation]

Masato Yoshida, a 31-year-old local guide, also saw a cub with a plastic bottle near the area on May 17.

"I felt very sad when I saw it," Yoshida said.

Around the area, bear feces containing plastic bags was found in April. The sparsely populated area is believed to be a dumping site for garbage which includes vegetables and fruits as well as electric appliances and old tires.

Conservationists are concerned that if bears grow accustomed to foraging leftovers from plastic bags, they could begin approaching humans in attempts to obtain food.

Tsuyoshi Ishinazaka of the foundation warned, "Illegal dumping of leftovers could lead to serious danger." 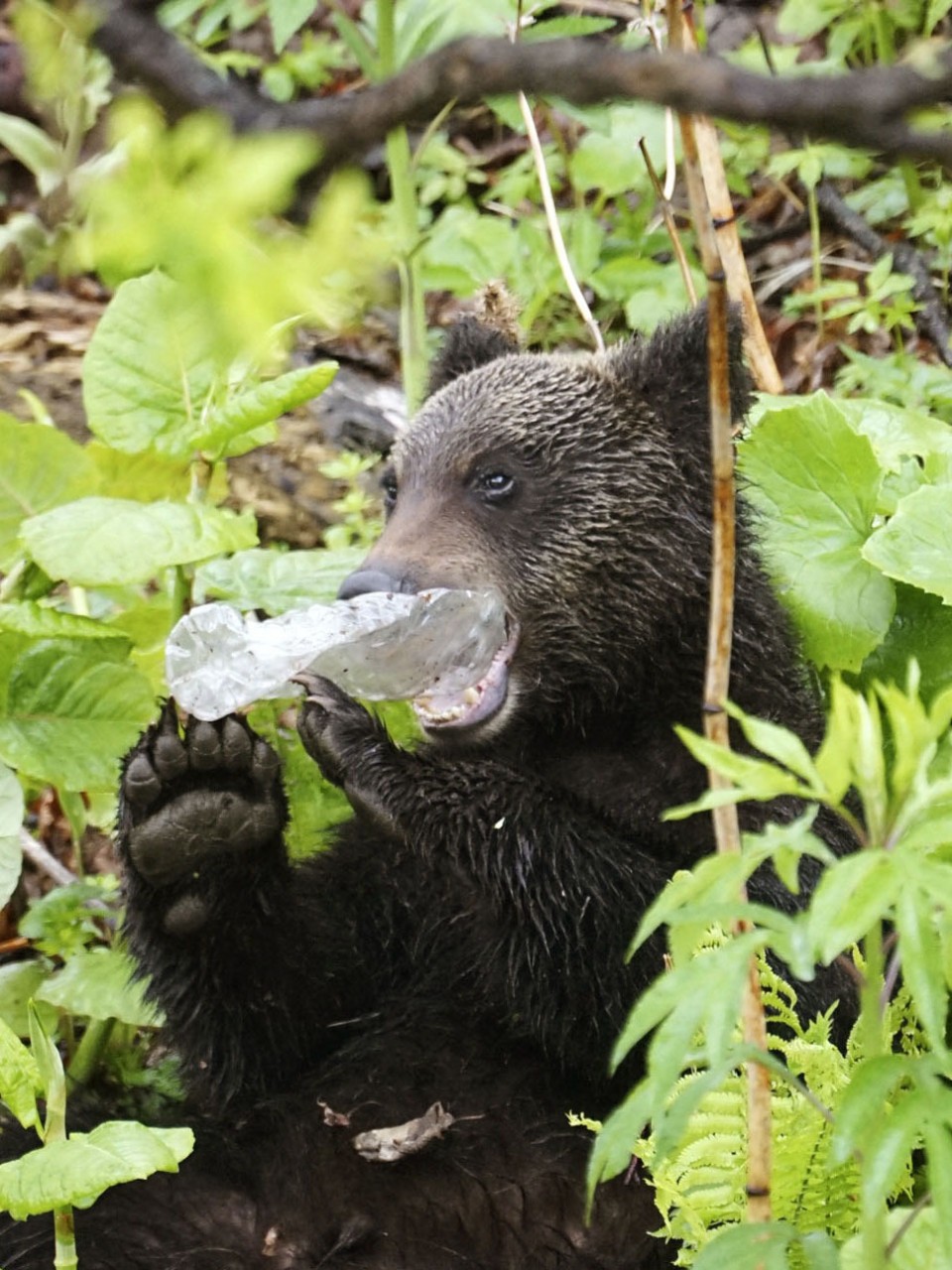 (A bear cub carrying a plastic bottle with its month in the town of Shari, Hokkaido on May 17)[Courtesy of Masato Yoshida]

The foundation says on its website that it estimates around 500 wild brown bears live on the Shiretoko Peninsula, which is about 70 kilometers long and 20 km wide.

The peninsula is designated as a World Heritage Site by the U.N. Educational, Scientific and Cultural Organization. It draws about 1.2 million tourists annually.