About 140 Japanese return to Wuhan on chartered plane

About 140 Japanese who were evacuated from Wuhan earlier this year following the outbreak of the new coronavirus returned to the central Chinese city on Wednesday on a chartered plane, sources close to the matter said.

The Chinese government, which is currently barring the entry of foreigners to stop the spread of the virus, allowed them to enter as part of efforts aimed at jump-starting the local economy, the sources said.

Employees of Nissan Motor Co. and companies supplying components to Honda Motor Co. are among the 140 people, who boarded a Chinese commercial jetliner that left Kansai International Airport on Wednesday and arrived in Wuhan later in the day.

They will return to work after being quarantined for 14 days. Japanese firms, which are eager to resume their operations in Wuhan, requested local authorities to fast-track the entry of their workers into the city, the sources said. 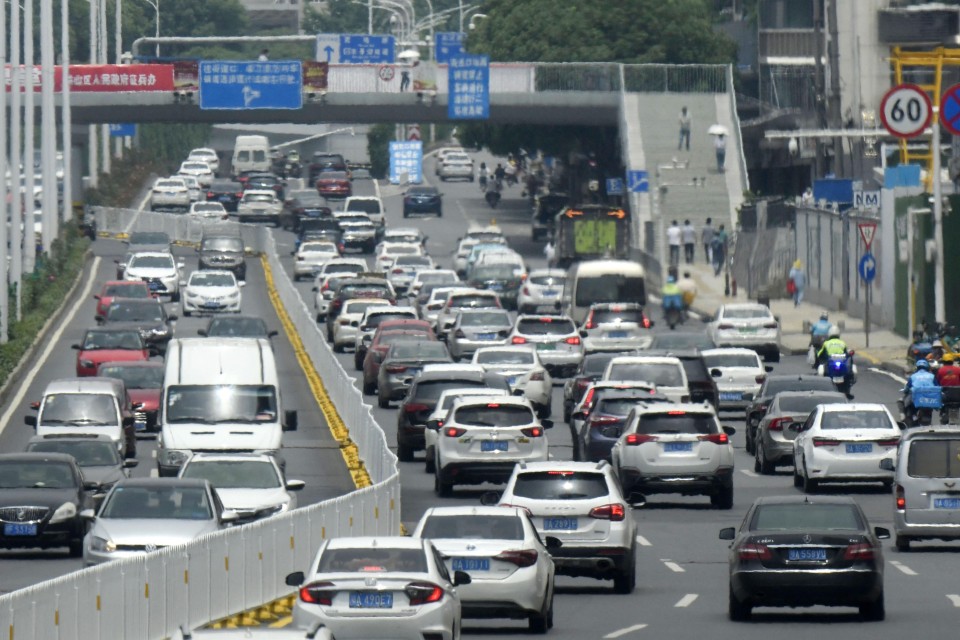 (A road is jammed with vehicles on May 22, 2020, in Wuhan, the central China city which was the epicenter of the outbreak of the new coronavirus in January)

The Japanese government appears to have given its tacit approval of the flight, despite having raised its travel advisory for China to Level 3, which means Japanese citizens are advised not to travel there.

In late March, the Chinese Foreign Ministry announced that it would temporarily not allow foreigners to enter the country to prevent imported infections. The measure applies even to those who hold a valid visa or residence permit.

But applications for business visas and some specific cases have been permitted amid the entry ban.

In China, the increase in infections peaked in late February. The virus, first detected in Wuhan late last year, has sickened nearly 83,000 people in the mainland and killed over 4,600, according to the country's health authorities.

The 76-day lockdown in Wuhan, a business and transportation hub with a population of around 11 million, was lifted on April 8.