Delivering its own "stay-at-home" message to contain the spread of COVID-19, one of the oldest hot springs in Japan is asking onsen lovers to go virtual to take a breather and relax -- in their own bathtubs.

Young hot spring inn owner Kazushige Kanai and like-minded colleagues in Arima Onsen, western Japan, are offering a series of virtual reality videos enabling viewers to immerse themselves in hot water and feel as if they are in the famous tourist destination in Hyogo Prefecture.

The first batch already released on YouTube takes viewers wearing VR headsets to five inns, allowing them to enjoy various kinds of hot springs with the sound of water and breeze in nature.

"We've seen the number of visitors dwindling but we cannot ask people to come under the current circumstances. So we decided to change our message to 'stay home and relax,''' said the 39-year-old Kanai.

"We want people all over the world to enjoy Arima Onsen and ease their fatigue from the battle against the coronavirus," Kanai said.

With about 30 inns, Arima is famous for brownish Kinsen hot spring water rich in iron and salt, and Ginsen, or colorless carbonated water. It became known around the time of Emperor Jomei, who stayed there in 631, according to the local tourism association.

In normal times, Arima Onsen is bustling with tourists from around the country and abroad, especially from China, South Korea, Taiwan and Hong Kong. 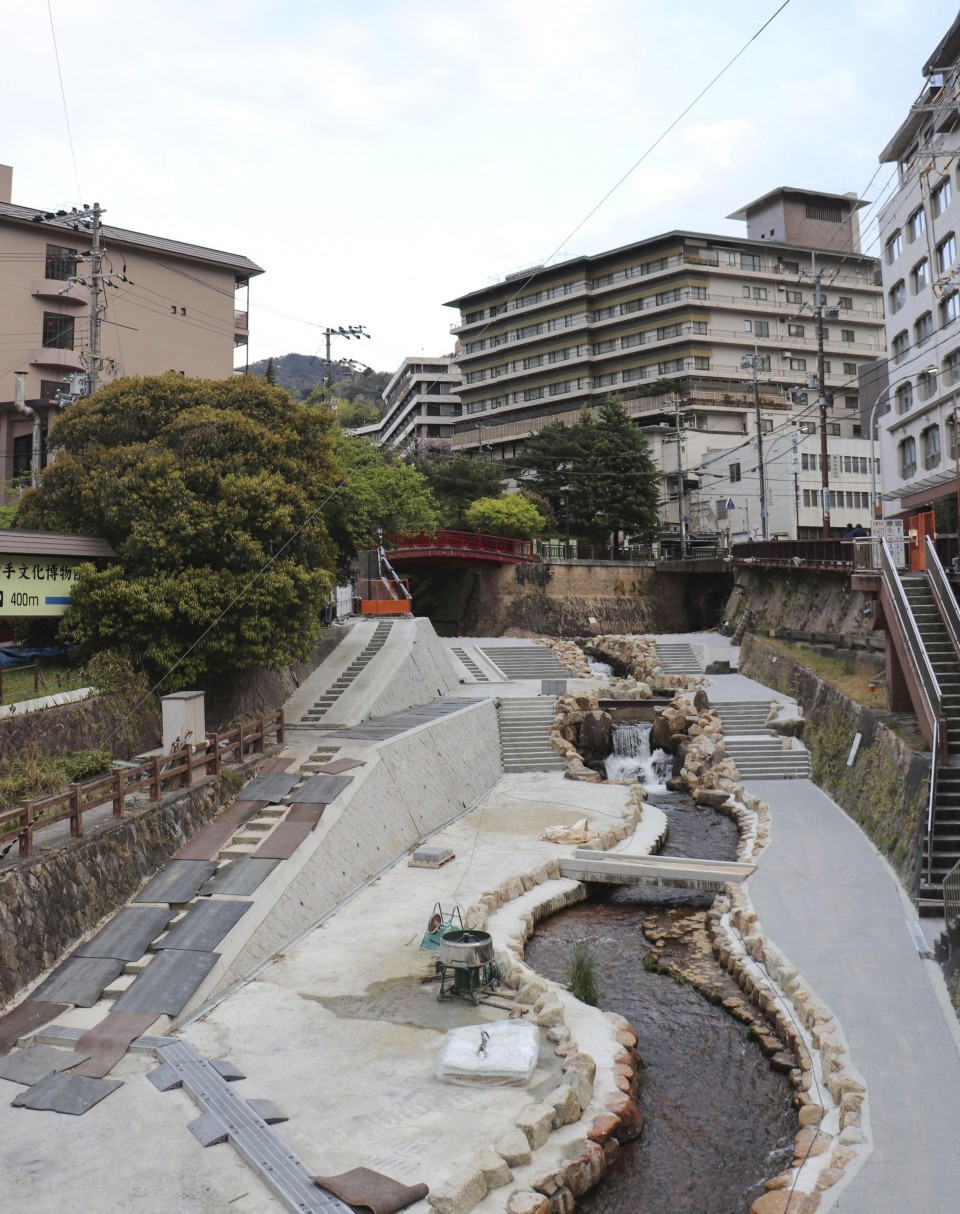 But as the new coronavirus spread, the number of visitors slumped due to travel restrictions imposed. The prefectural governor of Hyogo requested that hotels and hot spring inns shut during the Golden Week holidays until May 6.

Kanai's group is hoping to expand the lineup of featured inns in the coming weeks, with three more videos planned for release. "We want to invite people working in other hot springs in Japan to join as well," Kanai said.

Under the nationwide state of emergency, people in Japan have been asked to refrain from going out, except for urgent and essential reasons.

As the tourism industry has taken a severe hit from slumping travel demand, the government has its own idea, too. It is planning to encourage more people to spend time -- and work -- in hot springs and campsites in national parks once the pandemic subsides.

The concept is called "workation," or working remotely while on vacation, and the government has already allocated funds in the current fiscal year for use in improving Wi-Fi connections.