Tokyo Olympic and Paralympic organizing committee President Yoshiro Mori said he is considering incorporating a message about the new coronavirus pandemic into the opening and closing ceremonies of the games next year.

Speaking to Kyodo News in a recent interview, Mori said that preparations for the opening and closing ceremonies have been "almost completed, but need to be reviewed" ahead of the Olympic opening ceremony planned for July 23, 2021. 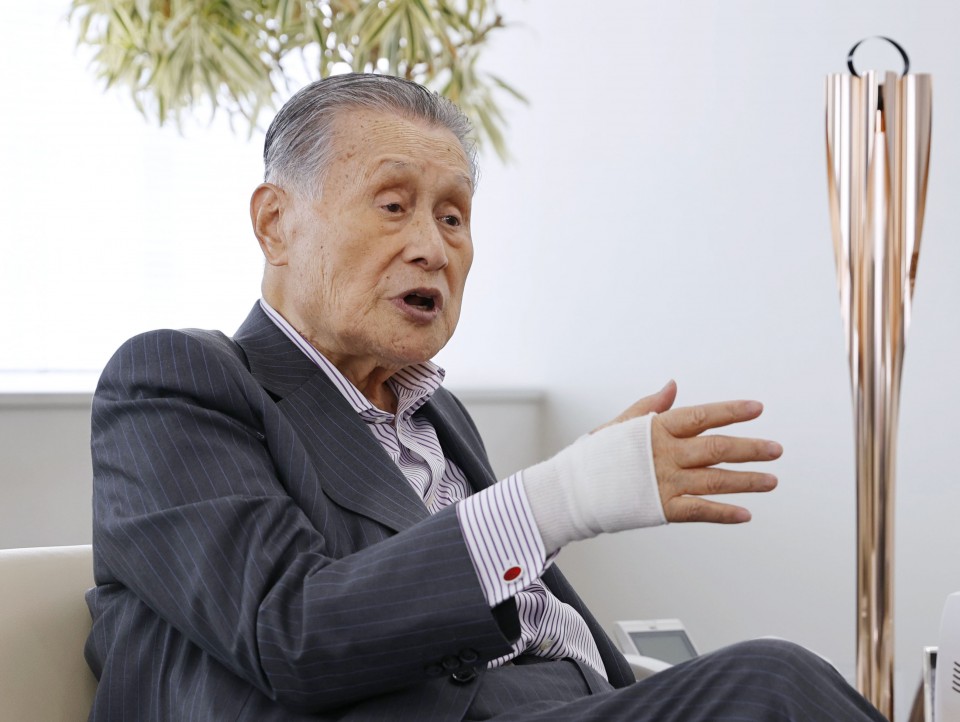 (Yoshiro Mori, head of the Tokyo Olympic and Paralympic organizing committee, gives an interview in Tokyo on April 21, 2020.)

Mori said he plans to ask the creative team behind the ceremonies to consider including references to the world's battle against the new coronavirus pandemic.

The Summer Games, which were originally scheduled to open on July 24, were postponed for a year in response to the pneumonia-causing virus, which was first confirmed in China late last year.

While the organizing committee was in the final stages of preparation before the decision to postpone the games was made on March 24, it now has to rework the preparations of the last six years, including handling additional costs for the postponement and securing venues.

"If the Tokyo Games can be held, it will be a proof that we overcame one of the largest disasters that humankind has faced," Mori said. "We have been tasked with something very challenging."

The Olympics are now slated to be held from July 23 to Aug. 8 next year, with the Paralympic Games following between Aug. 24 and Sept. 5.

The organizers said last week that the details of rearranging plans from 2020 to 2021 are being examined this month "with a view to establishing a new road map for the games" by May.