Japan said Wednesday it will deny entry to foreign nationals travelling from a total of 73 countries and regions, or about a third of the world, expanding its ban to include the Americas and Africa due to the continued rise in global coronavirus infections.

Speaking at a meeting of a government task force on the country's coronavirus response, Prime Minister Shinzo Abe said the new ban will be imposed from Friday. The measure will be in place for the time being, the government said.

Foreign nationals who have been in those parts of the world within 14 days of their arrival in Japan will be refused entry. 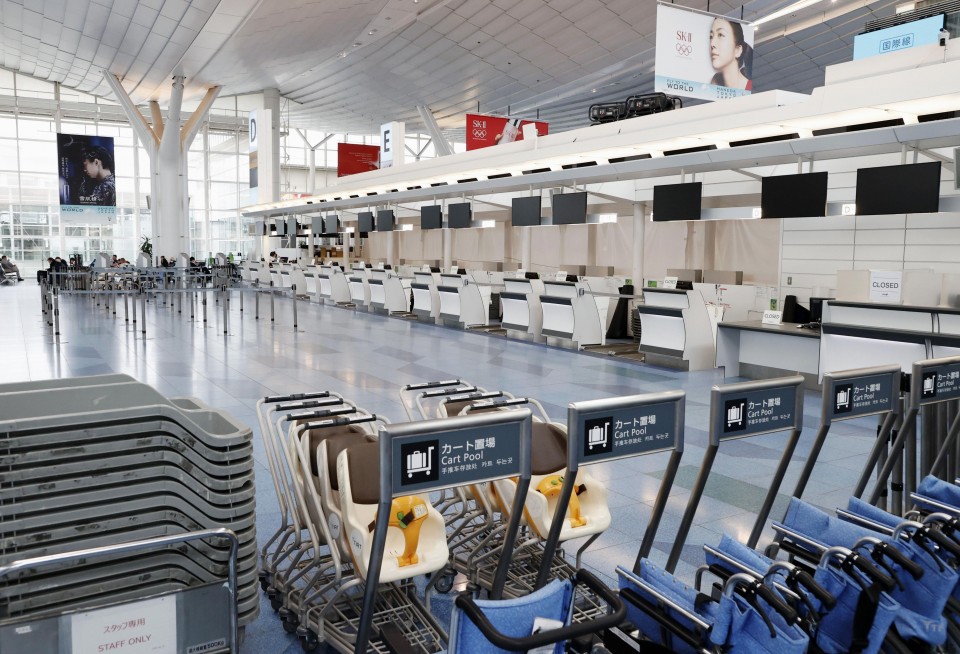 Those with permanent residence status and their spouses -- even if the spouses are Japanese -- will also be subject to the measure if they try to return to Japan from any of the listed countries and regions from Friday.

"We have decided to strengthen our border control measures on the back of explosive increases in infections overseas, mainly in Europe and the United States," Abe said at the meeting.

Australia, Britain, Brazil, Canada, New Zealand, Taiwan, Morocco and the United States are among the 49 newly added countries and regions, along with most of Europe and many countries in the Association of Southeast Asian Nations.

Japan will also broaden its ban to the whole of China and South Korea from selected areas of its two Asian neighbors hit by the new coronavirus outbreak in the latest beefing-up of border controls.

From Friday to the end of April, all incoming travelers will be requested to self-quarantine and refrain from using public transportation for 14 days.

All Japanese returnees will be asked to undergo virus tests, the government said, a state taken in response to a rise in imported cases.

The Foreign Ministry had already raised its travel advisory to Level 3 for the 49 countries and regions on Tuesday, which means that all travel should be avoided.

Foreigners from European countries such as France and Italy that are under lockdowns and Iran have already been barred from entering Japan.

The ministry will suspend visas that have been issued at all of its embassies and consulates located in countries that are not covered by the entry ban, as well as all visa waivers. This measure will also be effective from Friday through the end of the month.

The coronavirus pandemic has led to travel bans and restrictions globally, slowing economic activity. The total number of infections worldwide has topped 860,000, according to a tally by Johns Hopkins University. Japan has reported over 3,000, including about 700 from the Diamond Princess, a cruise ship that had been under quarantine.

Following recent sharp gains in infections in Tokyo and other urban areas, Japan is scrambling to prevent an explosive surge in infections that would prompt Abe to declare a state of emergency.

The prime minister had come under fire for his slow initial response to the viral outbreak that began in the central Chinese city of Wuhan late last year.