In an attempt to make a nationwide lockdown a little more bear-able, New Zealanders in their tens of thousands are putting teddy bears in their windows and going on a bear hunt.

The movement, inspired by the 1989 children's picture book "We're Going on a Bear Hunt," is encouraging people to put a stuffed teddy or toy in a window visible from the street so adults and children who are cooped up inside during the coronavirus pandemic have something to look at while they get fresh air around their neighborhoods. 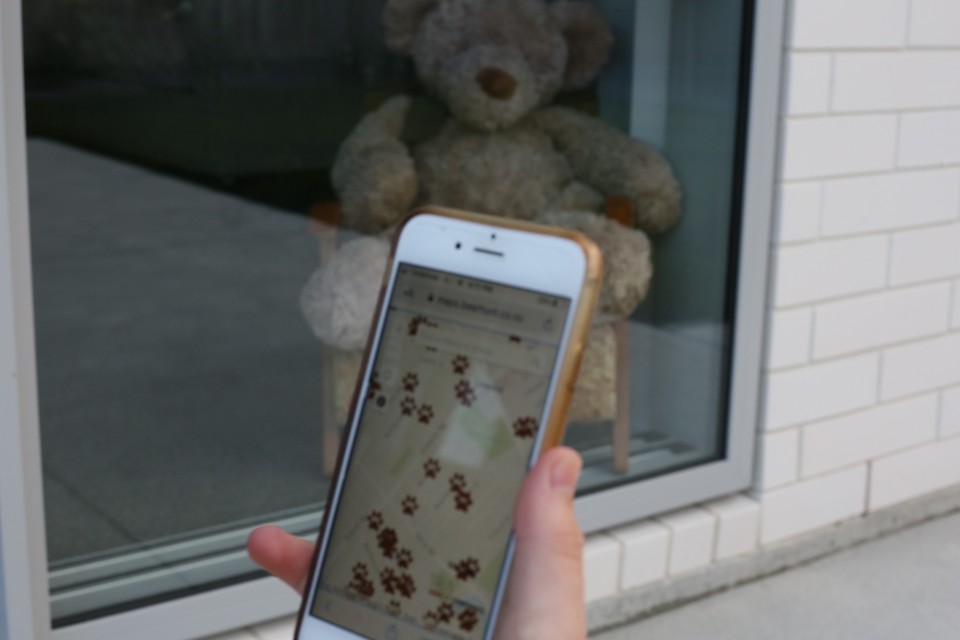 (Photo taken in Christchurch on April 2 shows a teddy bear in a home window and the NZ Bear Hunt map.)[Courtesy of Deb Hoffman]

Deb Hoffman, who started the "We're Not Scared -- NZ Bear Hunt" Facebook page and subsequent "NZ Bear Hunt" website, said she launched the group as a way to provide support to members of her community during what she predicts will be a difficult time for people's mental health.

"(We're) just trying to be there because I think in the next couple of weeks things could get a little bit harder for people, and if we've already built a substantial community around this concept then we're hoping that will at least help others," Hoffman told Kyodo News in a phone interview on Friday.

So far, over 27,500 homes across the country have pinned their bears to a specially designed online map. However, Hoffman estimates many more people are actually taking part.

"It's unquantifiable, it's nationwide," she said, adding that over 120,000 people have visited the website. 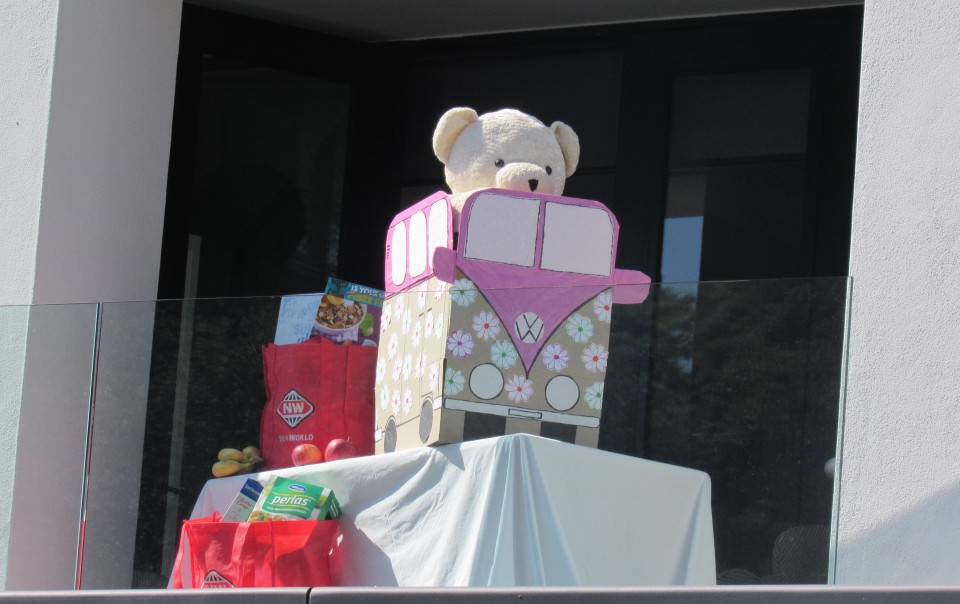 (Stuffed teddy bear toys outside in New Zealand during the country’s national lockdown.)[Courtesy of Suzie Mitchell]

New Zealand began a one-month compulsory lockdown on March 26, during which all residents, with the exception of essential workers, are required to stay at home in an attempt to slow the spread of the novel coronavirus. People are allowed outside to buy groceries or for exercise, but must maintain social-distancing practices while doing so.

Hoffman said initially there was a lot of confusion around what people are allowed to do during the lockdown. However, after Prime Minister Jacinda Ardern confirmed that she had placed a teddy in the window of her official residence in Wellington, the movement was "endorsed."

While the teddies may primarily be of interest to small children, Hoffman says the movement is multigenerational, with grandparents who may not be able to see their grandchildren also placing older, well-loved bears in their windows, too.

"We get lots of feedback, squeals of delight," Hoffman said, referring to the response of children to the bear hunt.

"We've got the high achievers who go around with clipboards and draw their own maps or tick off that they've seen the bears," she said.

Hoffman and her family live in Christchurch, a small city which has suffered greatly over the past decade, losing 185 people in a devastating 2011 earthquake and a further 51 people in last year's mass shootings at two mosques.

The mother of two said that, having lived through the traumatic events, she knew she needed to do something that would band her community together.

"It's a response to what's in everybody's heart, which is wanting to be there for others when we can't be, when we're in isolation," she said. "It's a way of saying, 'We're here with you. We are here, we see you, we notice you walking past our house.'"

People in lockdown around the world are also able to pin their bears to the map, with teddies in the United States, Europe and Asia now appearing on the map.