Japan's Yosakoi Festival has been cancelled for the first time in its 66-year history, as the new coronavirus continues to spread across the country, its organizers said Monday.

The festival, which started in 1954 in western Japan's Kochi Prefecture, had previously been partially abandoned due to bad weather and other issues, but never before in its entirety. This year's festival was scheduled for Aug. 9-12. 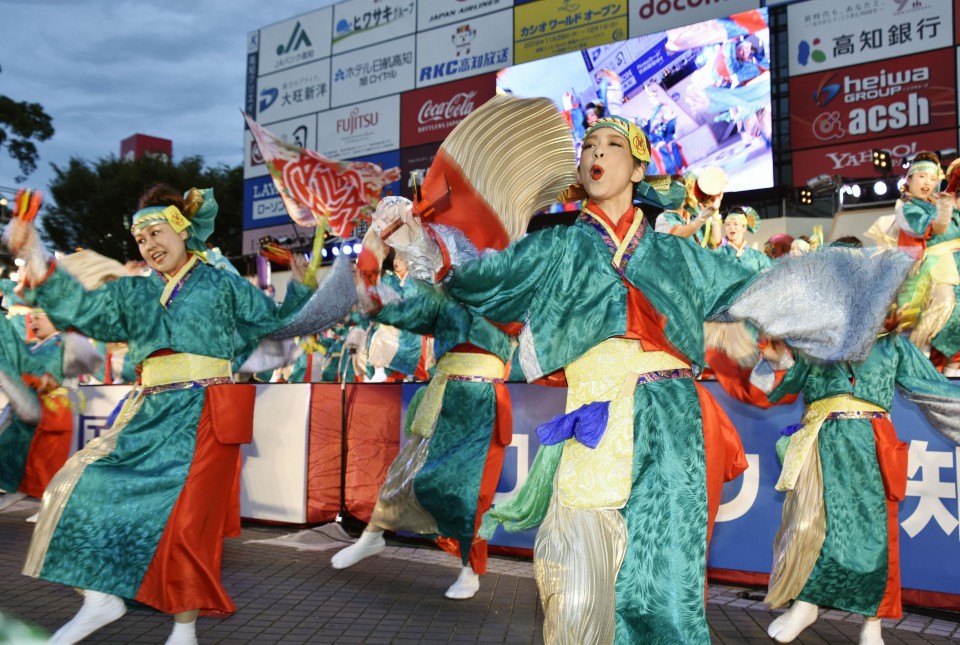 "We had been considering how to stage it, but as we cannot avoid a situation where many people gather, we decided it is too difficult," said the organizers in a statement.

Yosakoi dance is famed for its use of small wooden clappers called naruko, and dancers often perform in teams. They originally danced to folk songs but have since incorporated modern music including rock and samba, boosting the format's popularity.

The spread of the pneumonia-causing virus has forced the cancellation of many summer festivals across Japan, including the famed Awa Odori dance which dates back more than 400 years, in neighboring Tokushima Prefecture.