Over 210,000 hotel rooms secured to treat coronavirus patients in Japan

The government has secured over 210,000 hotel rooms nationwide to accommodate those with mild coronavirus symptoms as well as asymptomatic patients as the country tries to contain the spread of the virus, a Japanese minister said Sunday.

The government has also received 120,000 face masks from companies and will provide them to hospital staff amid product shortages, economic revitalization minister Yasutoshi Nishimura told reporters after inspecting the University of Tokyo Hospital where patients with severe symptoms have been treated. 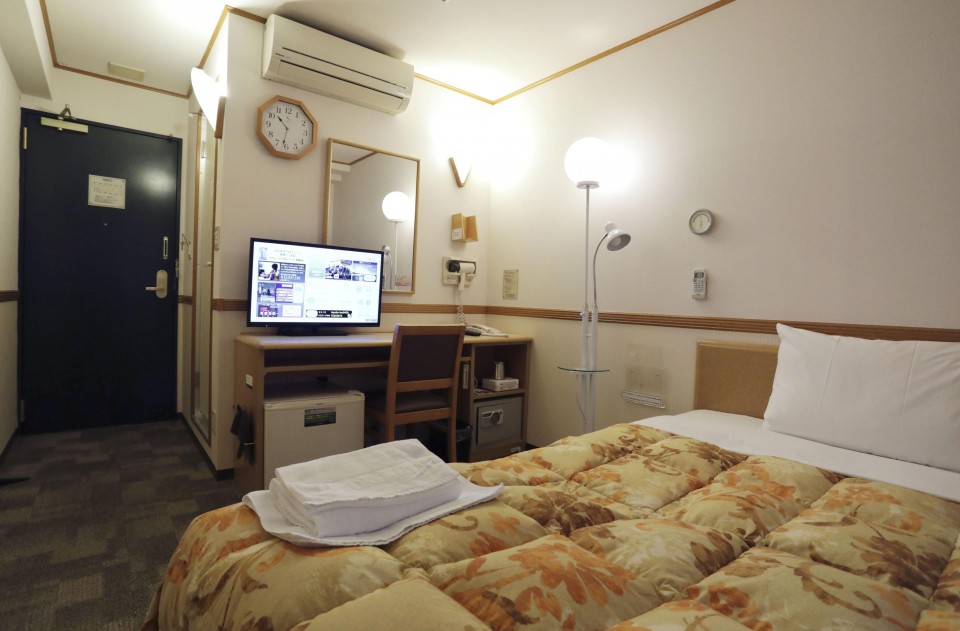 (Photo taken April 7, 2020, shows a guest room of a central Tokyo hotel operated by Japanese chain Toyoko Inn Co. The hotel is one of the designated lodging facilities to which the metropolitan government will transfer coronavirus patients with mild or no symptoms to prioritize in-hospital treatment for those with severe symptoms.)

Of the hotel rooms secured, the government has already concluded contracts for about 6,000, Nishimura said.

The number of infections confirmed in Japan has topped 11,000, including some 700 from the Diamond Princess cruise ship quarantined earlier this year near Tokyo, according to local authorities.

In Tokyo on Sunday, 107 new cases were reported, bringing the total in the capital to more than 3,000, the biggest among the nation's 47 prefectures.