South Korean children will start the new school year on April 9 with only online classes, after repeated delays due to the outbreak of the new coronavirus, the government said Tuesday.

Prime Minister Chung Sye Kyun said that despite the nation's utmost efforts to contain the virus and lower the risk of infection, there is consensus among teachers and others that it is too early to let children go back to school. 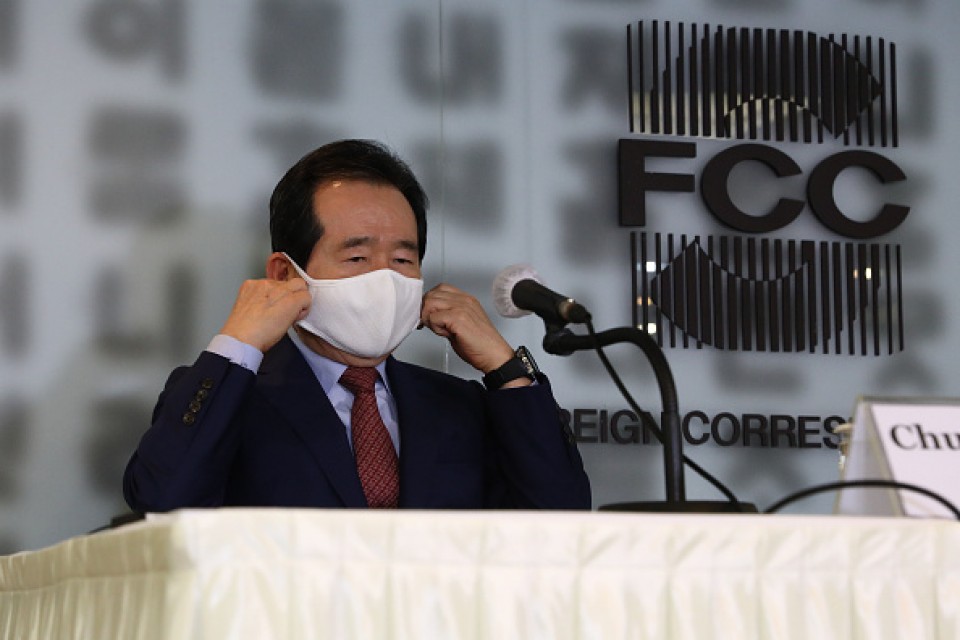 (South Korean Prime Minister Chung Se-kyun takes off a mask before his press conference in Seoul on March 27, 2020.[Getty/Kyodo]

The nation's elementary schools, and junior and senior high schools were supposed to start the new academic year in early March, but the government has repeatedly postponed it to keep the virus from spreading among children.

The start was last postponed until April 6, but has now been delayed three more days to allow preparations to be made for online classes.

The nation's university entrance examinations will also be postponed from early November to early December, according to the Education Ministry.

The Health and Welfare Ministry said Tuesday that there were 125 newly confirmed cases of COVID-19, the disease caused by the virus, over a 24-hour period to the end of Monday.

Wary of another surge in infection cases, health authorities have focused their attention on people who enter South Korea after being infected abroad.

"After the whole nation went into severe social-distancing mode, the number of new infection cases has been kept near 100, but cluster infections and cases among people from overseas are still occurring sporadically," a ministry official said in a press briefing, pledging even stronger monitoring of the imported cases.