A government panel said Thursday new coronavirus infections in Japan are highly likely to be "rampant," an assessment that triggered the launch of a national headquarters to enable Prime Minister Shinzo Abe to declare an emergency if needed.

The headquarters' launch, based on a legal change that became effective earlier in the month, comes as concerns grow about a spike in infections in urban areas, especially Tokyo, which saw the largest daily increase of 47 cases the same day.

Abe called the situation a "national crisis" as he asked for collective efforts by relevant authorities and Japanese people to contain the spread of the virus that has already led to the Tokyo Olympics and Paralympics this summer being postponed for a year.

"To overcome this situation that could be described as a national crisis, it's necessary for the government, local entities, medical workers, businesses and the people of Japan to beef up measures against the virus," Abe said at the first meeting of the headquarters. 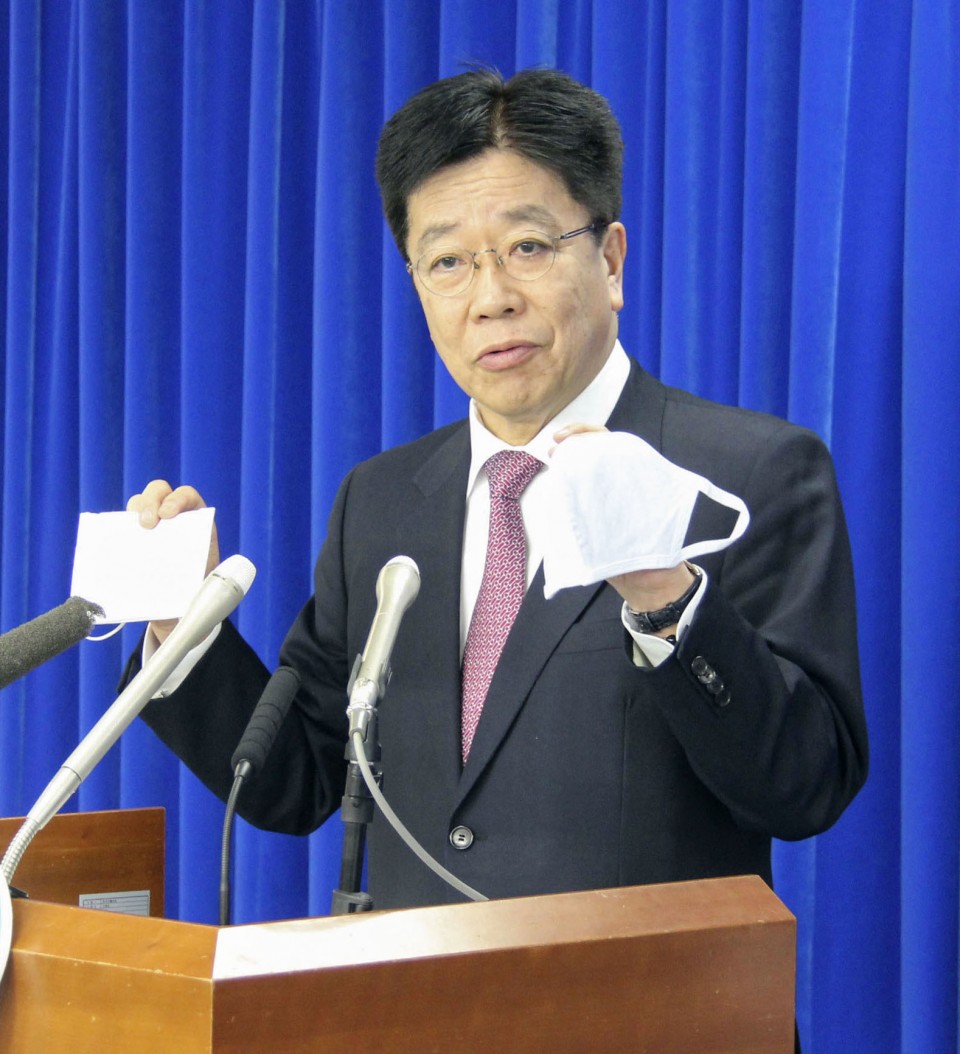 The government panel's assessment was a prerequisite for the entity to be set up, though the establishment would not immediately lead to an emergency declaration, which can be issued only after Abe seeks opinions from an advisory panel of medical experts first.

Japanese government officials see such a declaration that would restrict people's rights as a last resort, and Chief Cabinet Secretary Yoshihide Suga said the current situation does not warrant it.

Japan has been scrambling to pre-empt a surge in infections in recent weeks, with schools across the country shut and large sports and entertainment events canceled or postponed for fear of group transmission.

The sudden uptick in infections in the capital has raised a sense of urgency, prompting Gov. Yuriko Koike to ask Tokyoites to stay home this weekend amid growing concerns about a lockdown.

The governors of the Tokyo metropolitan area held an emergency video conference to coordinate efforts to contain the spread of the virus by limiting people's movements.

Among them, the Kanagawa and Saitama governors called on residents to refrain from nonessential outings. Chiba, Gunma, Tochigi and Yamanashi prefectures also advised their residents not to go to Tokyo over the weekend.

Over 2.8 million people commute to the capital from seven prefectures surrounding Tokyo on any given weekday, according to the last census conducted in 2015.

Some retailers and a major movie theater operator have decided to halt operations this weekend.

The number of coronavirus cases has topped 2,000 in Japan, including about 700 from the Diamond Princess cruise ship that was quarantined for two weeks near Tokyo. While Japan has escaped an explosive increase so far, the government has asked people to remain vigilant.

A declaration would allow prefectural governors to call for specific action to curtail the spread of the virus, which first emerged in Wuhan, China, late last year.

Governors can demand that residents stay indoors, ask for cancellations of events and restrict the use of schools and facilities where large numbers of people gather.

They will be allowed to expropriate private land and facilities to provide medical care if their initial request is refused for no good reason.