Rugby: Super Rugby shuts down indefinitely due to virus concerns

Japan's Sunwolves are for the remainder of this season part of the 15-team circuit that includes five teams from New Zealand, four from Australia and South Africa and one from Argentina. On Saturday, the Sunwolves played their home game against New Zealand's Crusaders in Brisbane, Australia, in an effort to stem the coronavirus spread in Japan. 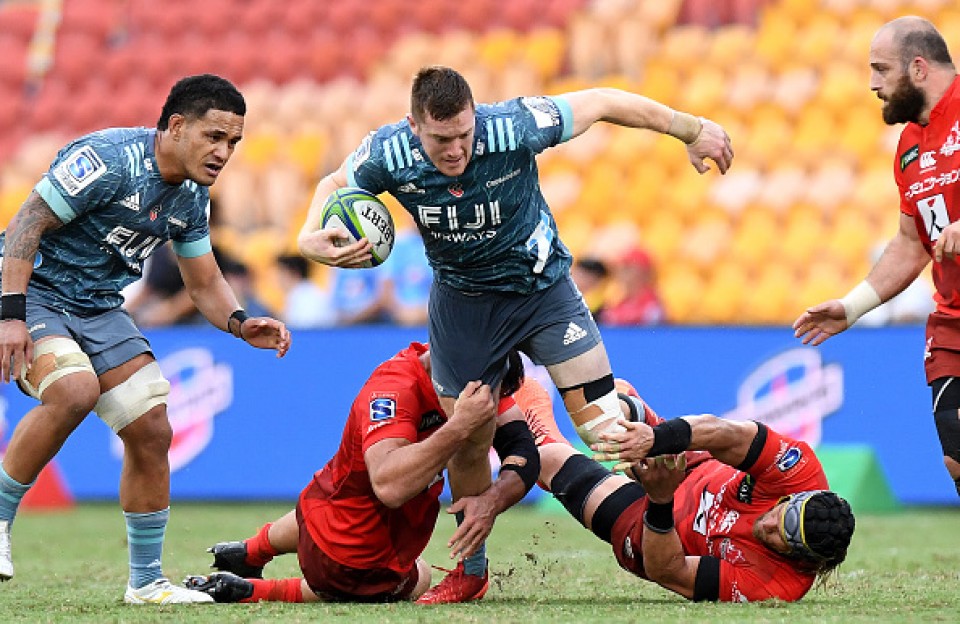 (A Super Rugby match between the Sunwolves and the Crusaders on March 14, 2020 in Brisbane, Australia.)[Getty/Kyodo]

"Following a SANZAAR Executive Committee (EXCO) teleconference in response to the announcement by the New Zealand Government that all returning travelers will have to self-isolate for 14 days, including Super Rugby players, SANZAAR believes it has no option but to suspend the 2020 Super Rugby tournament at the conclusion of this weekend's matches for the foreseeable future," Rugby.com.au reported.

"SANZAAR CEO Andy Marinos stated, 'We are extremely disappointed for the players, our fans, broadcasters and partners but given the complexity of our competition structure, and the multiple geographies that we cover, we have no other option but to align with such directives. We also believe it is time for all those players currently overseas to return home and to be with their families.'"