Takefusa Kubo netted his third goal of the season and helped struggling Mallorca secure a 2-1 away victory over Eibar in the Spanish first division side on Saturday.

After Dani Rodriguez's stunning free kick put the visitors up just before the break at Ipurua Municipal Stadium, Kubo found a gap between two Eibar defenders in the 78th minute and tapped in from outside the box, striking the inside of the left post to make it 2-0. 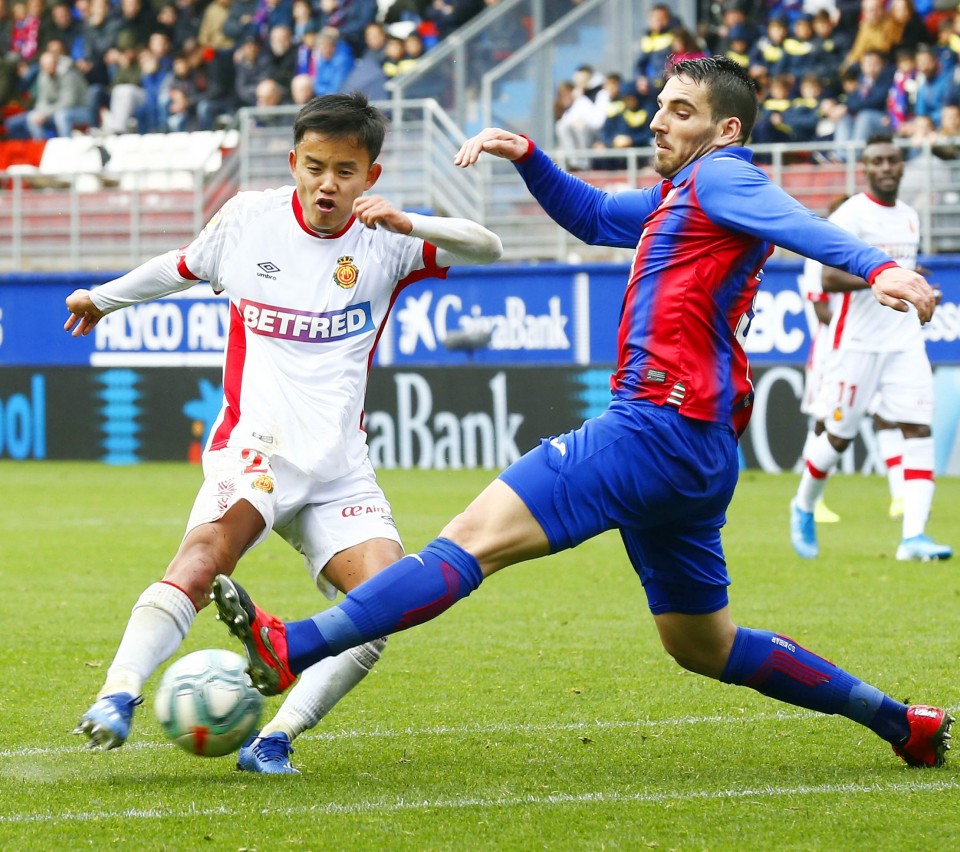 "I ran out of room on my left, so I cut back to the center and kicked and got it in," said Kubo, who is currently on loan from Real Madrid.

The 18-year-old Japanese playmaker also drew the foul that set up the first-half goal. The win earned Mallorca, currently 18th in the 20-team division, three vital points as they fight to avoid relegation. Eibar are 16th.

"It was great to win a key match," Kubo said. "It would be good to come out and play every match feeling like this."

In the Belgian first division, Junya Ito scored for the second straight game and notched his fifth goal of the season in Genk's 4-2 win against Oostende.

In the Spanish second division, Shinji Okazaki netted his eighth goal of the season and contributed to Huesca's 2-0 over Fuenlabrada.