The aircraft that will be used to transport the Olympic flame from Greece to Japan took off from Tokyo's Haneda airport Wednesday after a ceremony for its departure was canceled amid the coronavirus outbreak.

The aircraft, named "Tokyo 2020 Go," left for Athens following the torch's arrival in the city from ancient Olympia, and will fly back to the Japanese Air Self-Defense Force base in Matsushima, Miyagi Prefecture on Friday with the flame aboard. 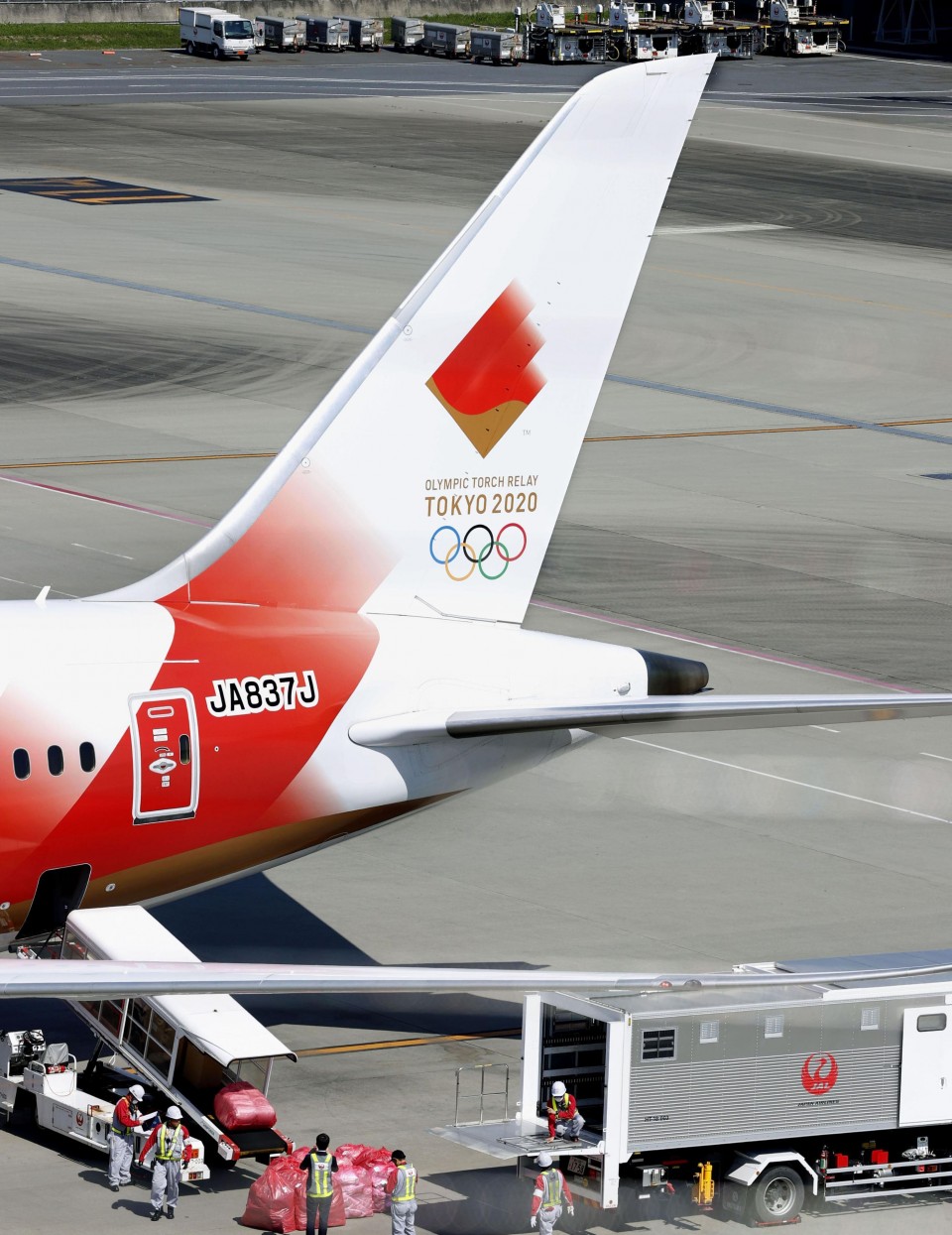 (Photo taken at Tokyo's Haneda airport on March 18, 2020, shows the Tokyo Olympic torch relay logo on the Japan Airlines plane that will transport the Olympic flame. The plane, named "Tokyo 2020," departed for Athens later in the day.)

The Tokyo Games organizing committee also said Tuesday it had decided to drop a plan to send a delegation to the Olympic flame handover ceremony in Greece as a safety measure in response to the pandemic, while the Olympic torch relay in Japan will be scaled down.

The Tokyo 2020 Go, a Boeing 787 airplane operated jointly by Japan Airlines Co. and All Nippon Airways Co., has been decorated with pictograms used to represent the Olympic torch bearers on the body of the aircraft. The emblem used for the Tokyo 2020 torch relay is displayed on the tail fin.

For the 1964 Tokyo Olympics, the Japan Airlines aircraft "City of Tokyo" carried the flame from Greece to Okinawa Prefecture before its return to Japan after its postwar occupation by the United States.

All Nippon Airways then transported the flame from Okinawa to the relay starting point of Kagoshima Prefecture, as well as to Miyagi and the northernmost main island of Hokkaido.