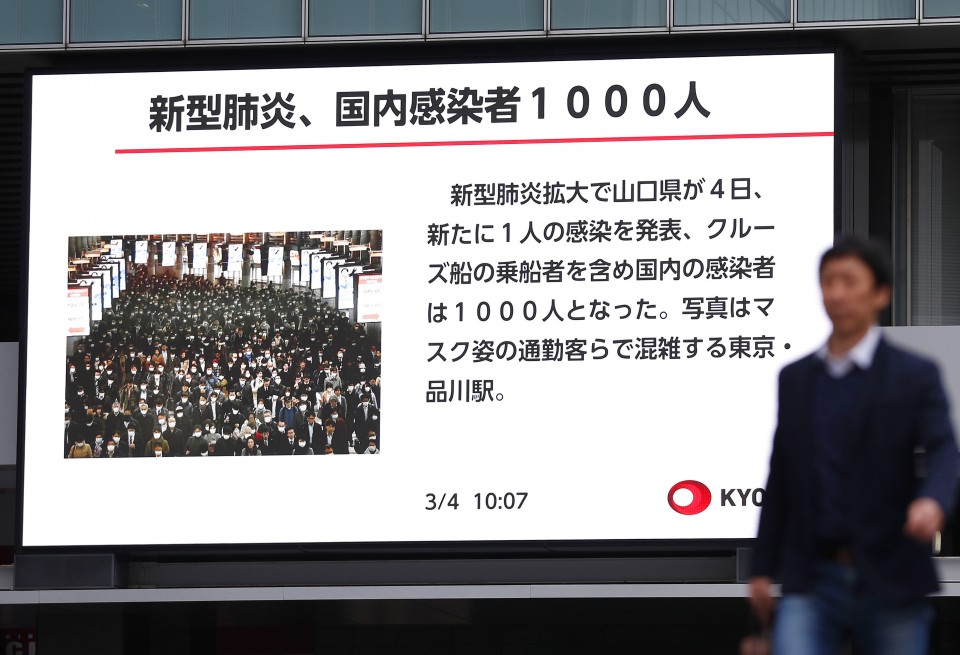 TOKYO - Prime Minister Shinzo Abe sought support from opposition leaders on Wednesday for swiftly implementing a temporary law aimed at better responding to the new coronavirus and enabling him to declare a state of emergency if needed, as the number of infections topped 1,000.

Meeting separately with each leader in parliament, Abe made a rare plea for forming a united front with the opposition parties that had lambasted him for what they saw as his relaxed response to the new coronavirus. The ruling bloc wants a bill to clear parliament on March 13.

"We need to rework the legal framework further to prepare for the worst case scenario, so we can declare a state of emergency," Abe told reporters at his office after talks with five opposition party leaders.

"There are no party lines in times of a national crisis. We need to join hands and overcome it," Abe said.

The government plans to revise the existing law on novel influenza so it can take similar steps for two years until February 2022 against the new coronavirus, which causes COVID-19, a pneumonia-like respiratory disease, according to ruling party sources.

COVID-19 was officially classified in Japan as a designated infectious disease in February.

If the law is amended and once a state of emergency is declared by the prime minister for specific parts of the country, prefectural governors can accordingly demand that residents stay indoors, call for school closures and limit the use of facilities in which large numbers of people gather. 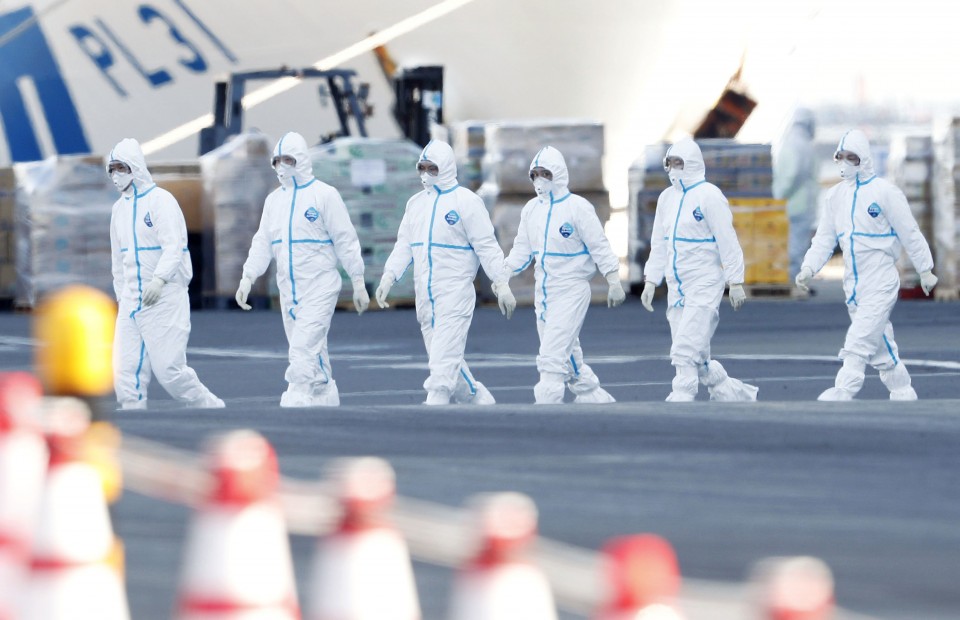 The talks came as the government is scrambling to prevent a further rise in domestic infections, saying the next two weeks or so will be critical in curbing the spread of the virus that originated in the Chinese central city of Wuhan in December.

Besides the legal change, the government is compiling a fresh emergency package by using a 270 billion yen ($2.5 billion) reserve fund for the current fiscal year through March to contain the outbreak and minimize its impact on an economy increasingly seen as on the cusp of a recession.

The enactment of the envisaged law does not necessarily mean the prime minister will promptly declare an emergency. Some lawmakers say the government should take a cautious approach to the envisaged law that will limit individual rights.

During a meeting with Yukio Edano, the leader of the Constitutional Democratic Party of Japan, Abe reassured him that the government will consult with the opposition before declaring an emergency and will be cautious in deciding on which areas should be targeted.

"I told (Abe) that we will cooperate if you want to revise the law and have it deliberated on in parliament quickly," Edano told reporters after the meeting. The main opposition party takes the view that the government can apply the existing new influenza law without a revision.

The opposition camp -- including the Democratic Party for the People and the Japanese Communist Party -- have been criticizing Abe for causing public confusion with his abrupt request last Thursday to close all schools from this week through a spring break that typically ends in early April.

To reduce group transmission risks, Abe has also asked organizers of big entertainment and sporting events to cancel or postpone them.

But such requests were voluntary as the government does not have the legal basis to force them through.

As of Wednesday, the number of confirmed cases rose to 1,035 in Japan after 36 more cases were reported including the first ones in Yamaguchi and Miyazaki prefectures. The new cases marked the largest one-day increase yet, excluding cases from the Diamond Princess, a cruise ship that was quarantined near Tokyo.

The tally, based on information provided by the health ministry and local authorities, includes 720 people who were aboard the cruise ship.

The domestic death toll stands at 12, including six linked to the cruise ship.

Among Japan's 47 prefectures, cases have been reported in 28, with the northernmost main island of Hokkaido having the largest number of confirmed infections.

Hokkaido, which declared a state of emergency on Friday, has confirmed 79 cases. Tokyo, and Kanagawa and Aichi prefectures have each confirmed over 30 cases, and along with Wakayama, they have also reported small groups of infections, or clusters, in their regions.

World Health Organization chief Tedros Ghebreyesus said Tuesday a total of 90,893 cases of COVID-19 have been reported globally, with the death toll standing at 3,110.

As of Monday, a total of 59 COVID-19 patients in Japan were connected to ventilators or had been admitted to intensive care, but most patients with the disease had mild symptoms, according to data from the health ministry.