The report Tuesday by the official Korean Central News Agency came a day after South Korea said the North fired two projectiles believed to be short-range ballistic missiles from near Wonsan toward the Sea of Japan on Monday afternoon.

Kim "expressed great satisfaction with the fact that the artillerymen are prepared to make rapid reaction to any circumstances and perfectly carry out their firepower combat duties," according to the report. 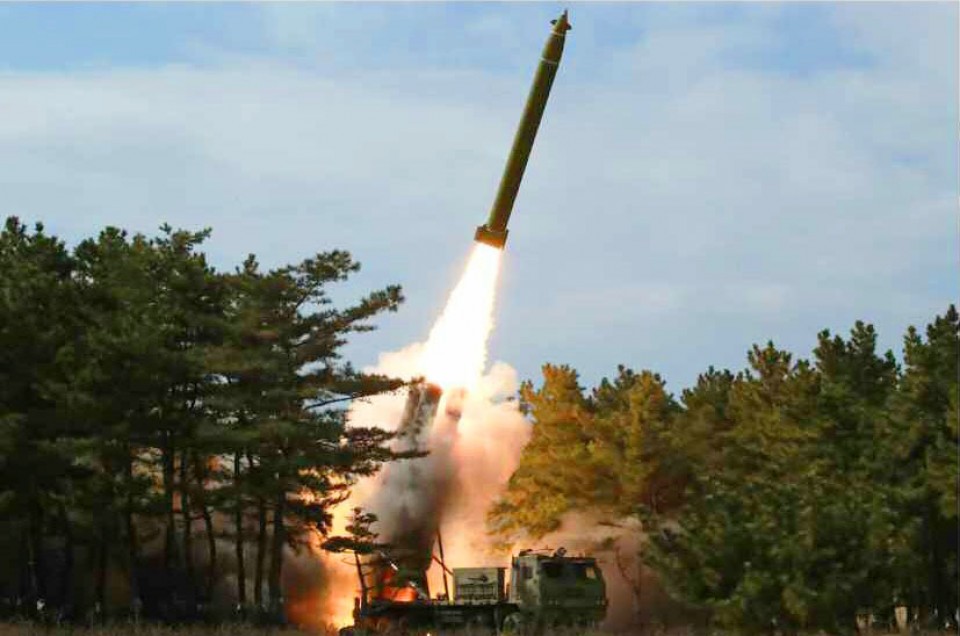 A Foreign Ministry official said Tokyo had lodged a protest over the launch via its embassy in Beijing. Japan does not have formal diplomatic relations with North Korea.

The projectiles, the first North Korea has fired since November, flew about 240 kilometers after reaching an altitude of about 35 km, according to the South Korean military. They came as the North's negotiations with the United States on denuclearization and sanctions relief remain stalled.

At a key ruling party meeting in late December, Kim pledged to unveil a "new strategic weapon" in the near future, but before Monday's launch North Korea had so far this year shied away from provocations.

KCNA said Saturday that Kim guided a "joint strike drill" by military units in the east of the country the previous day, in the state-run media's first report on his appearance in public in around two weeks. 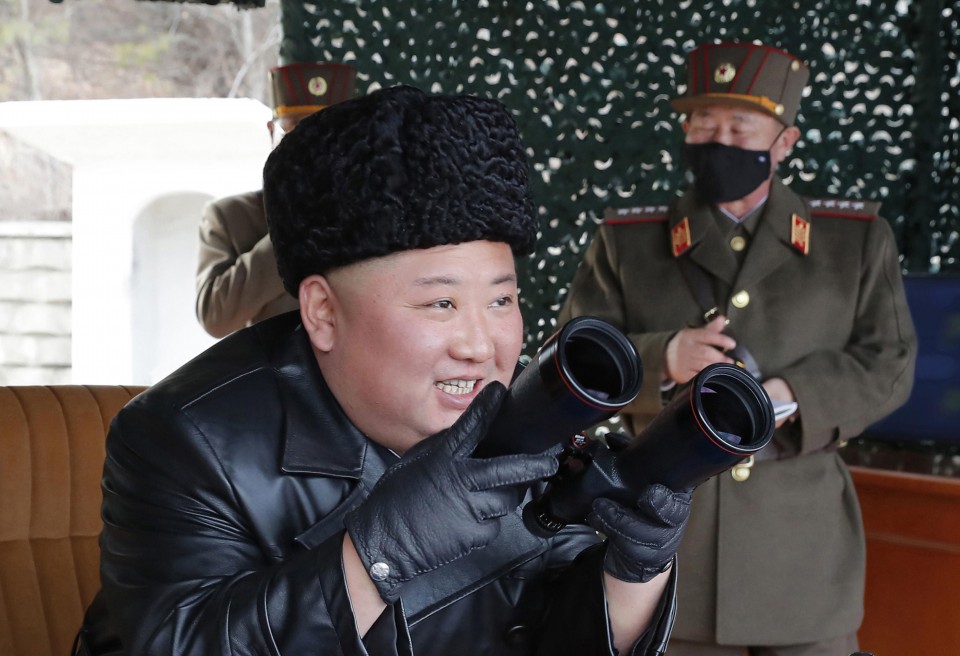 Pyongyang carried out multiple test firings of projectiles between May and November last year, including short-range ballistic missiles.

In October 2019, the United States and North Korea held a working-level meeting in the Swedish capital Stockholm, but it ended without progress. Pyongyang has said the talks broke down as Washington came to the table "empty-handed."

With the United States and North Korea failing to bridge the gap between Washington's denuclearization demands and Pyongyang's calls for sanctions relief, Kim has effectively retracted his promise to refrain from intercontinental ballistic missile or nuclear tests.