Teruo Irishima, a homeless man from Nara Prefecture, earns a living by selling "The Big Issue Japan," a magazine published to give people in situations just like his a leg-up in life.

Irishima, 56, started working selling the magazine around 10 years ago. With no fixed address, he currently spends his nights at his preferred internet cafe, using the money he makes from sales for his necessities, including food and access to the cafe that gives him a dry, warm and relatively safe place to sleep. 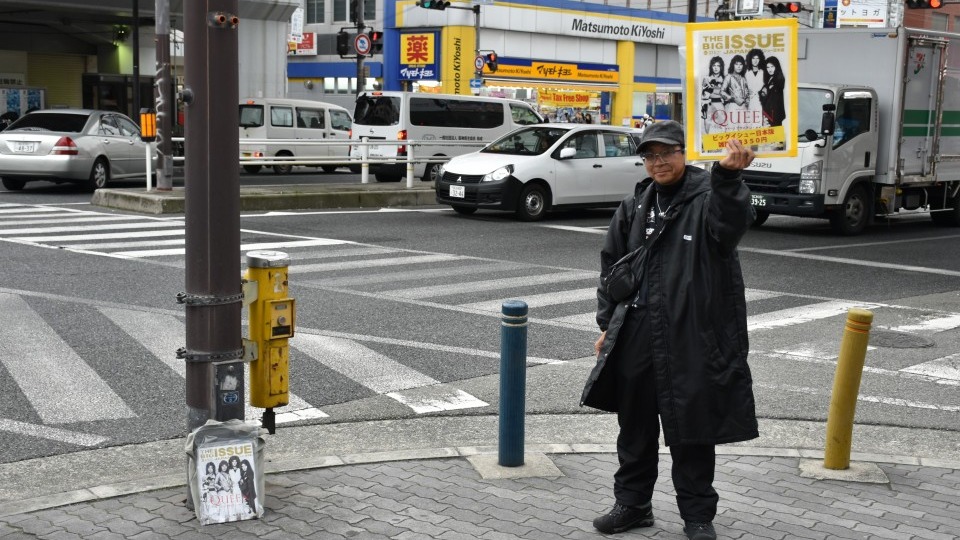 His lodgings aside, his life is not so different to that of any other Japanese worker.

He starts his mornings in Osaka Prefecture, where The Big Issue Japan Ltd. is headquartered, by going to collect and pay for his stock of magazines before he commutes to his usual spot outside Ikoma Station in Nara Prefecture.

There, he deals with the same issues any small business person faces. He has busy times, and quiet times.

As with any publication, sales of the bimonthly magazine fluctuate depending on the issue, getting a boost especially when the cover features notable celebrities. One such occasion was the recent New Year edition featuring legendary rock band Queen.

Ahead of a Queen concert in Osaka on Jan. 28, nine vendors, including Irishima, could be seen hawking the magazines, which contained an interview of the band's guitarist Brian May, around Taisho Station near the band's venue.

"More than 700 issues were sold there. It is one of the highest numbers sold at an event," said Koichi Yoshida, who is in charge of sales for The Big Issue Japan, referring to the concert held in Osaka in January. Queen played four live performances across three Japanese cities -- Tokyo, Osaka and Nagoya.

The magazine normally has a 15,000-copy circulation for its Jan. 1 edition but the Queen edition pushed sales up to 21,000, nationwide.

"The Queen magazine (was) selling very well compared to other editions," said Irishima, who illustrated his point with an account of a young woman who waited with him outside Ikoma Station until midnight of New Year's Eve to buy a copy.

The decision to feature Queen came after the January 2019 edition which ran a large piece on Freddie Mercury, including an interview with actor Rami Malek about his portrayal of the singer in the smash-hit biopic Bohemian Rhapsody. Moving 31,000 copies, that edition sold out.

"We think that one of the reasons for the recent success of the (Queen) edition was due to the fans being aware of the magazine since the Freddie Mercury edition last year after the movie," said Miku Sano, head of the magazine's Tokyo office. "Of course the Queen tour also contributed to sales." 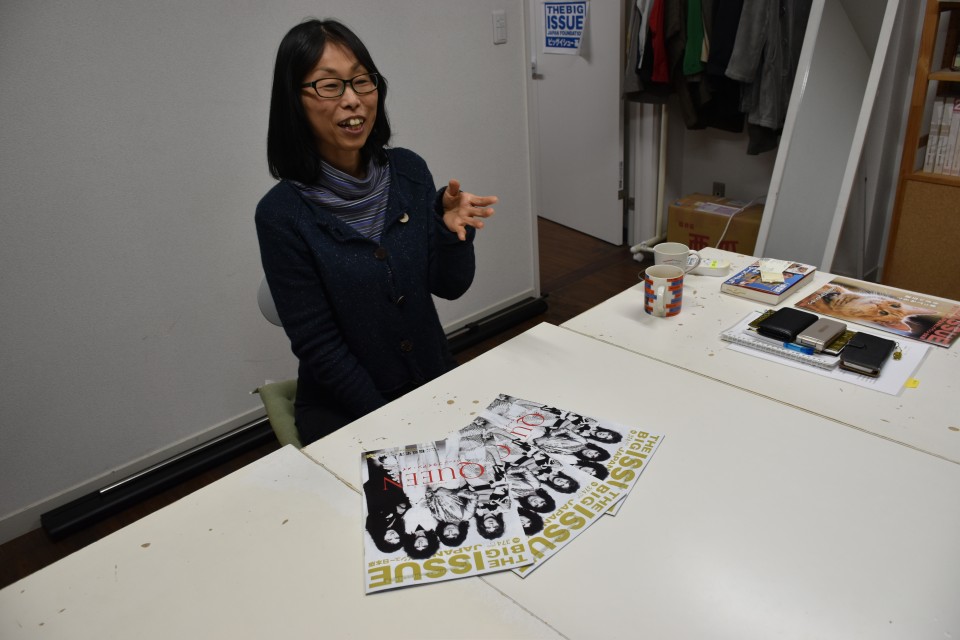 Sano, 49, said the exclusive interview with May in the London version of the magazine in October last year caught the editor's eye and a decision was made to translate it into Japanese.

As May's interview covered his battles with mental health issues during his career, the editor wanted to convey to readers that even a legendary guitarist has problems in life, and thought it was a good fit for the New Year's edition.

The rock and roll superstar talked about his struggles as a youth, dealing with "severe depression" and his relationship with his father in the issue.

"I think the only thing I could say is, focus on that tiny light at the end of the tunnel," May said in the interview with the Big Issue in London.

Although their lives have taken vastly divergent paths, Irishima and May may have faced some similar challenges along the way.

Irishima's parents divorced when he was young and he began living with his grandparents. He took a job working for his father around the age of 20, but the company began struggling and around the same time Irishima's dad passed away.

The situation worsened due to friction between Irishima and the other employees, so he quit and moved to Osaka when he was around 27.

Since then, Irishima has had to deal with constant instability in life. He was able to find a job in Osaka at first, but as the economy declined he had to work from early morning to late at night, and he continued to experience trouble in his relationships.

His struggles led to homelessness, and he resorted to collecting empty cans to earn money before he found his lifeline.

He heard about The Big Issue on the news and went to the office in Osaka after finding details about it in a guide for the homeless in the area.

He became a vendor, as the people who sell the magazines are known. The company's model treats its workforce as vendors with the aim of helping them attain "self-sustainability" by securing housing, ultimately.

Vendors are given 10 free magazines to get started on their journey as a social entrepreneur. Once they sell them, they can use the proceeds to buy more copies to sell. The magazines cost 170 yen for a vendor to buy, and they sell them for 350 yen, a tidy 51 percent profit.

The price will be bumped up to 450 yen from the April 1 edition and the cost for vendors will increase to 220 yen to ensure they are not short-changed.

Vendors have to agree to a code of conduct and receive some explanation before being allocated an ID card. Vendors, which on average sell 20 copies per day, are not employed by Big Issue Japan but are retailers, and thus, are responsible for managing their own finances.

The increased sales of the Queen edition helped the 110 vendors who sell throughout Japan. More than 200 vendors have "graduated" from being homeless while a total of 1,869 had registered to become vendors as of March 2019.

However, many vendors, despite being coaxed to continue, sell their free copies and do not continue selling the magazine. 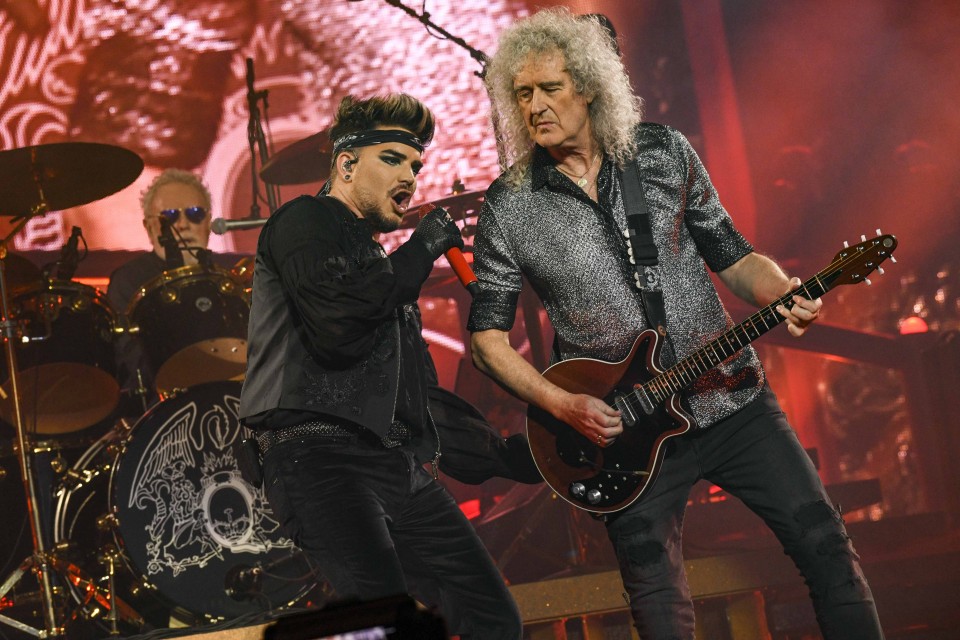 Sano, a co-founder of the Big Issue Japan, was struck by the number of homeless she saw in Osaka after returning to Japan from the United States where she earned a bachelor's degree in English.

Her return came in the aftermath of the bursting of the country's asset price bubble, which led to Japan's economic stagnation and a big increase in the number of homeless people on the streets.

The Big Issue was started in London by John Bird and Gordon Roddick as a street newspaper to offer homeless or those at risk of becoming homeless a chance to earn a legitimate income, but it was Mel Young, the founder of the Scottish edition, that inspired Yoko Mizukoshi, the Japan version's chief editor, to take the project on.

Mizukoshi, Sano's acquaintance since childhood, met Young in September 2002 and after returning to Japan started plans to launch the enterprise with Sano and Sano's father Shoji, the head of the Japanese operation.

Mizukoshi and Sano learned the ropes from Young on how to recruit vendors and encourage them to continue selling magazines, the ins and outs of the editorial department and how to ensure vendors could be adequately compensated.

Sano later got the green light from Bird to use the name in Japan, where the first edition went on sale on Sept. 11, 2003.

As of November 2019, 8.67 million copies of The Big Issue Japan have been sold, providing a total of 1.32 billion yen (about $12 million) in income to homeless vendors.

Business has not been as lucrative lately because of what they have dubbed the "Big Issue Dilemma." They coined the idea for the problem they face when homelessness reduces, causing a subsequent drop in the number of people available to work as vendors. But it is a problem they are happy to have.

"We publish articles on the homeless and do everything possible to alleviate their burden. But our ultimate aim is for this company not to exist anymore" once homelessness can be eliminated, Sano said.

Until the day that the streets are empty of homeless people, The Big Issue Japan will keep searching for sales to help vendors like Irishima.

And he is happy to keep an eye out for the next hit issue.

"Recently my revenue is going down compared to the past, but when stars like Queen and Freddie Mercury are on the cover, it helps us," he said. 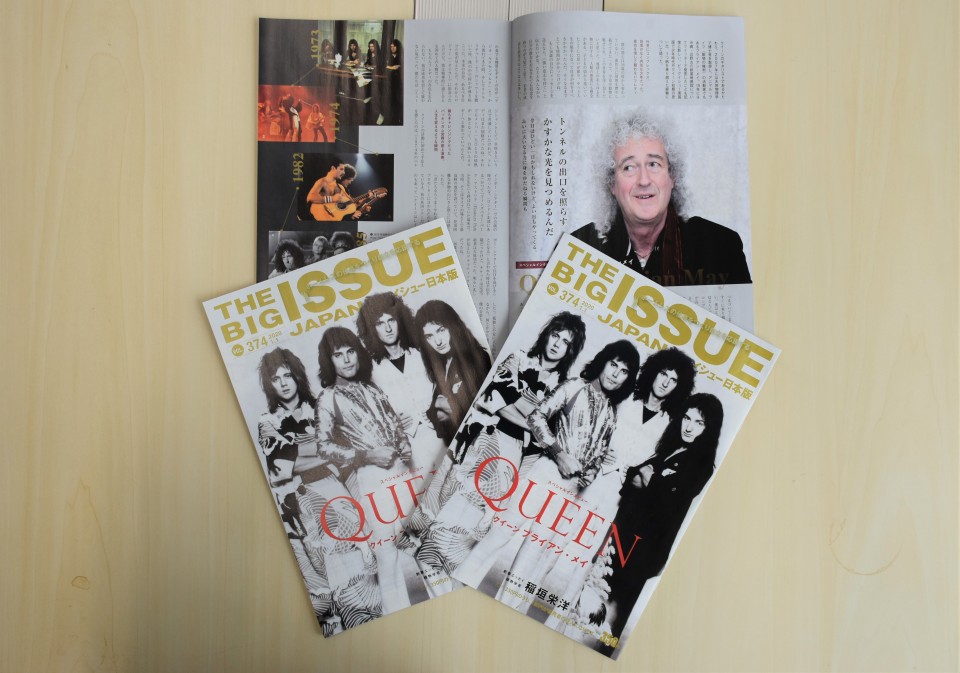