Japan's Imperial Household Agency is taking a series of precautions against the new coronavirus to protect the emperor and other members of the imperial family from infection in the face of the pneumonia-causing virus outbreak in the country.

A number of imperial events have already been cancelled or postponed, and more are likely to be called off in the coming weeks.

"It is supposed to be a time for the new imperial household to get into motion following a series of succession rites, so it is sad that we have to cancel one event after another," said an agency official. 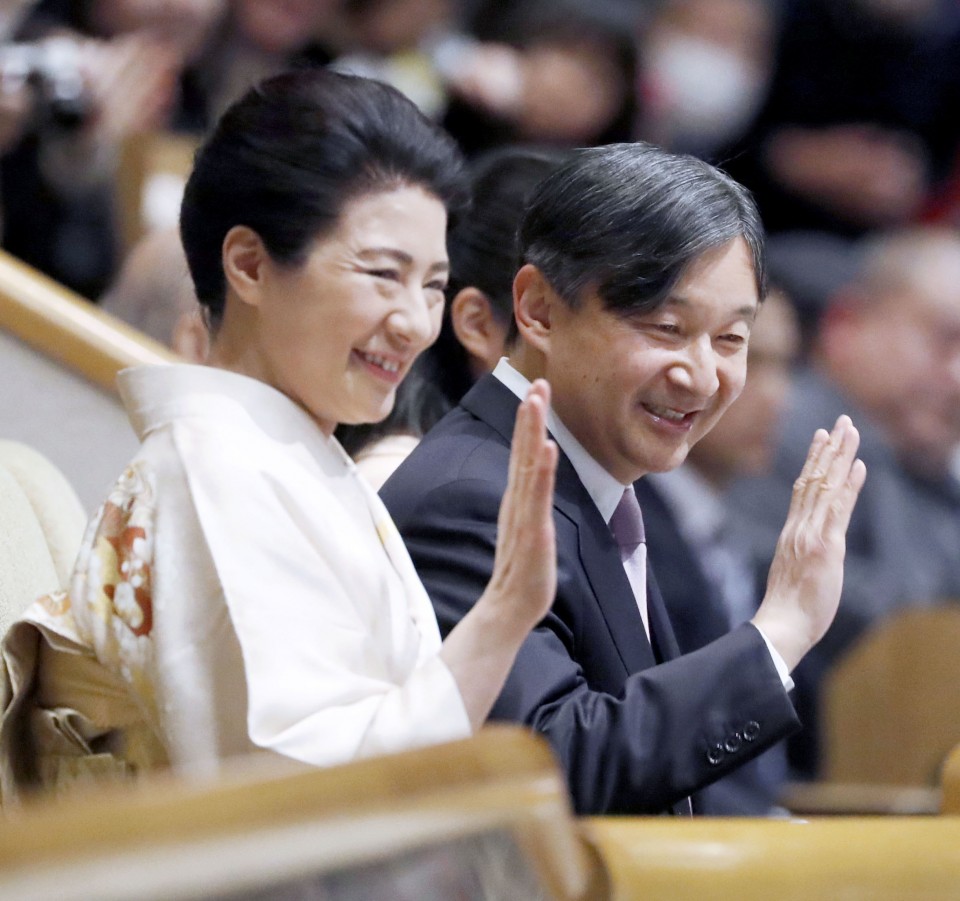 Emperor Naruhito ascended the Chrysanthemum Throne on May 1 last year, a day after his father former Emperor Akihito became the first Japanese monarch in about 200 years to abdicate. The emperor completed a series of ceremonies accompanying the historic transition in December.

As infections spread in the country, the Imperial Palace was closed to the public on the emperor's 60th birthday on Feb. 23, following the agency's decision not to have the imperial couple or other members of the imperial family appear in public.

The Japanese Red Cross Society, which the 56-year-old Empress Masako serves as honorary president, cancelled an event on Feb. 28 at which the emperor and empress were set to attend.

"The postponement was proposed as (the Red Cross) sought to avoid any chance of the couple becoming infected, and we accepted the proposal," said a close aide of the emperor and the empress.

At least five events involving Crown Prince Fumihito, the emperor's younger brother, and his family have also been cancelled or postponed.

Given there are many elderly members of the imperial family, including former Emperor Akihito, 86, and former Empress Michiko, 85, the agency has taken various preventive steps against coronavirus infection.

Agency officials are avoiding commuting at rush hour and have introduced teleworking, and those who do need to meet the imperial family members wear masks. The agency has also stopped accepting volunteer cleaners at the Imperial Palace and reduced the number of visitors to the palace on tours.

A path on the palace grounds is usually opened to the public during the annual cherry blossoms season, but the event, which attracted some 380,000 people last year, was canceled this year.