Experts warn Japan may not have enough new virus tests 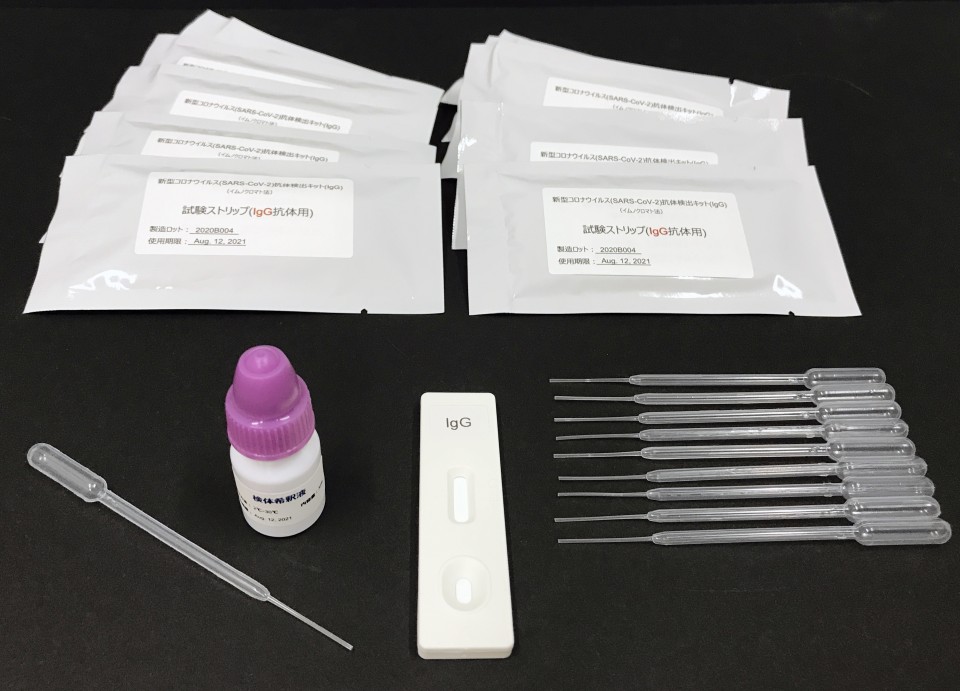 TOKYO - Despite Japan's efforts to carry out more testing for the new coronavirus, medical experts have cast doubt on whether the country can provide adequate testing for citizens and promote effective policies to contain the outbreak.

Other pundits have warned that many private companies and government bodies in Japan have remained reluctant to take aggressive measures to combat the spread of the pneumonia-causing virus until an employee is found to be infected.

An expert on data analysis and modelling for social-economic systems has called on such organizations to implement urgent steps against the coronavirus, given that the test results are likely to take up to two weeks and the number of infected patients may increase during the period.

Firms are also expected to incur heavy losses if they only start to act once a worker is infected, as they would be forced to swiftly take drastic measures, including shutting down their operations for an extended period, which could restrict social-economic activities.

"It is hard to comprehensively explain (testing capacity in Japan as a whole) as it varies across the country. But not enough is being done around me (at least)," said Kentaro Iwata, a professor of infectious diseases at Kobe University.

Even when there are test kits or the necessary equipment, the number of tests does not increase immediately because it takes time for medical institutions to ensure the accuracy of the tests.

Procedures such as seeking approval for insurance cover also have to be dealt with, said Iwata, who joined the medical response team that boarded the Diamond Princess cruise ship that was quarantined near Tokyo in February.

Prime Minister Shinzo Abe said on March 14 that Japan has a capacity to conduct more than 6,000 tests per day. Meanwhile, health ministry data showed the number of tests conducted between Feb. 18 and March 19, stood at 37,726.

"In the first place, we believe there is not so much need for testing in Japan (as in other countries)," Takuma Kato, deputy director of the Ministry of Health, Labor and Welfare's infectious diseases control division, said on March 11.

He underscored Japan is not experiencing an explosion of infection numbers with severe symptoms as seen in countries like Italy and South Korea.

According to the World Health Organization, around 8,800 cases were confirmed in South Korea and 47,000 in Italy as of Friday, while Japan had some 1,000, excluding cases from the Diamond Princess.

In Japan, the ratio of people who tested positive for the virus to those who have been tested "is never high," Kato said.

But Iwata raised doubts about such a view. "Japan has not contained (the virus), or perhaps I should say we cannot even judge whether we have contained it without conducting (a sufficient number of) tests," he said, stressing the need for doing more tests in areas where infections are increasing.

The WHO has recently urged countries to test every suspected case.

To more accurately grasp how many people took tests in Japan, the health ministry asked local governments on March 4 to report not only the number of people who tested positive but also those found negative.

Akihiro Sato, a professor of information sciences at Yokohama City University, hailed the development in terms of data analysis, saying it will help correctly understand Japan's capacity for conducting tests.

"The total work efficiency in Japan can increase by clarifying regional differences between inspection capacity and demand," said Sato, who has formulated a mathematical model to contain the virus.

According to his calculations, the spread of the virus can be stopped if people reduce human interaction to 6 percent from the current 80 percent, which was realized with the government's policy of restricting public events.

"For instance, if a person reduces interaction with other people to three times per week from 50, it is possible to see a lower number of cases," he said.

"It is impossible to end the pandemic unless all citizens obey strict social distancing immediately and create an environment where they can satisfy themselves with 6 percent interaction for more than two weeks," he said.