Crowds disappeared from bustling business and tourist districts as out-of-season snow fell in Tokyo and surrounding areas on Sunday, the second day under stay-at-home requests in the capital region due to the coronavirus outbreak.

It was the first time in 32 years that central Tokyo witnessed the accumulation of snow measuring 1 centimeter or more in late March, according to the Japan Weather Association.

As cold air gripped the Kanto-Koshin region, including the Tokyo metropolitan area and the prefectures of Yamanashi and Nagano, the temperature dropped below 1 C in Tokyo in the morning, according to the Japan Meteorological Agency.

Tokyo's Akihabara district, a subculture hub known for attracting anime fans from across the country and overseas, observed a quiet Sunday with accumulated snow.

"It was about 20 percent of the usual foot traffic for a Sunday. Perhaps it is partly due to the weather, but it's unusual to see very few people like this," said Keigo Minami, a 20-year-old resident of Wako, Saitama Prefecture, who works in Akihabara. 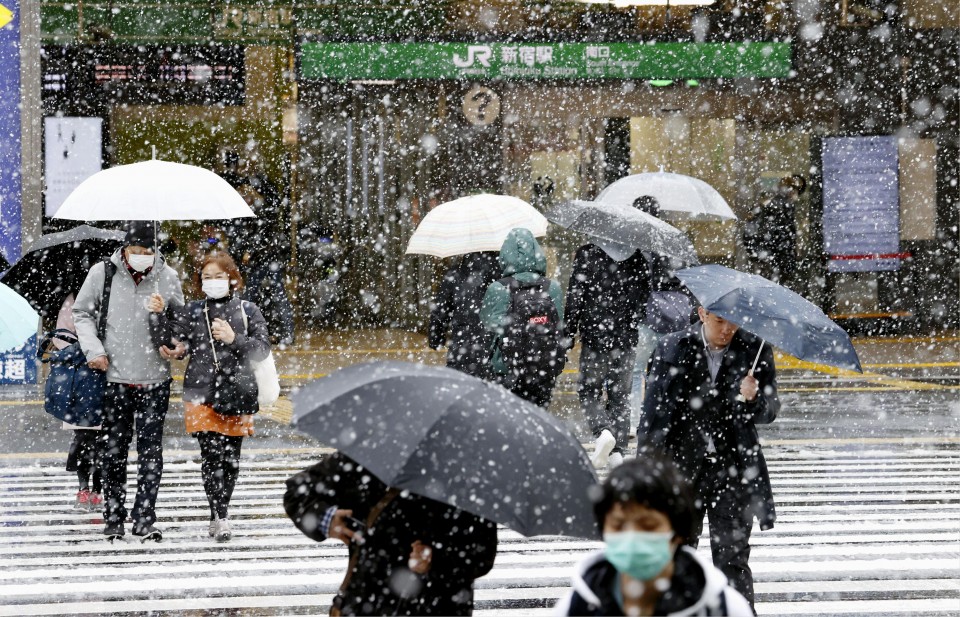 Tokyo Tower, a popular tourist destination in Minato Ward, was partially operated with shortened business hours, but only a few visitors showed up.

"We just dropped by, as we went out for a drive after my kindergartner son went crazy at home," a 36-year-old woman from Yokohama said.

"I understand the stay-at-home request, so we will go home without setting foot in the tower," she said.

Tokyo Gov. Yuriko Koike, on Wednesday, requested that residents refrain from making nonessential travel over the weekend, saying the capital was facing an "important phase in preventing an explosive rise in the number of infections." 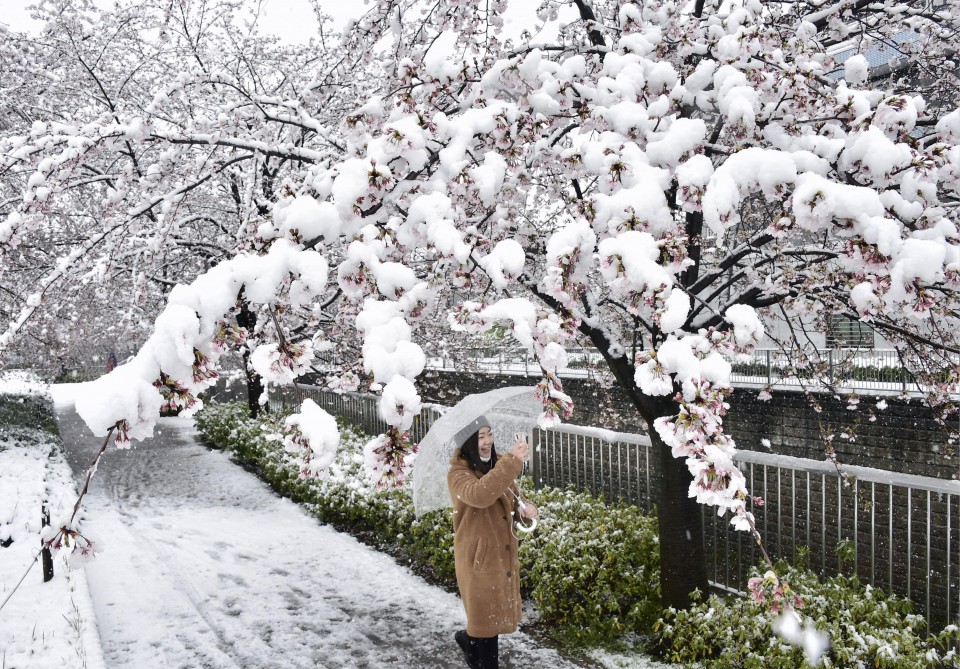 Some young people were spotted eating out and shopping Saturday despite the governor's request, while many department stores and movie theaters remained closed Sunday.

Similar stay-at-home requests were issued in Osaka Prefecture, western Japan, as well as the southwestern prefectures of Fukuoka and Kumamoto.

Motohiro Ono, governor of Saitama, north of Tokyo, called on residents to continue to refrain from making nonessential travel to the capital from Monday as well. 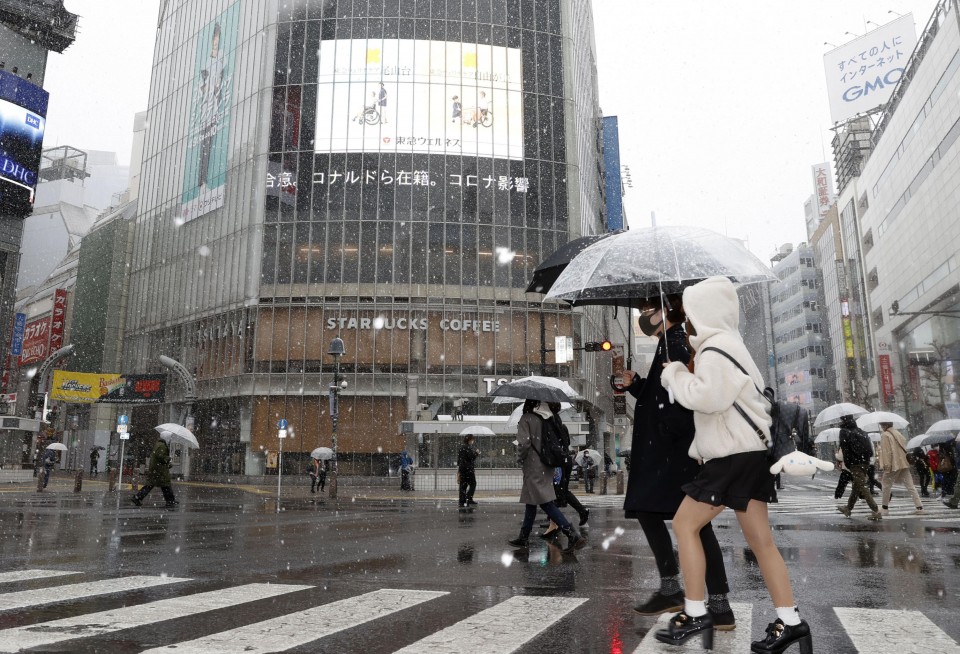