A 37-year old Canadian has been welcoming overseas university students to Fukushima Prefecture in hopes of dispelling misconceptions about the area as the nine-year anniversary of the nuclear disaster approaches.

"I love Fukushima and couldn't accept the awful treatment the prefecture was receiving," William McMichael said of the reason he established the long-running Hope Tourism program which has accepted around 200 university students from eight countries since the earthquake and tsunami on March 11, 2011, crippled the Fukushima Daiichi nuclear plant. 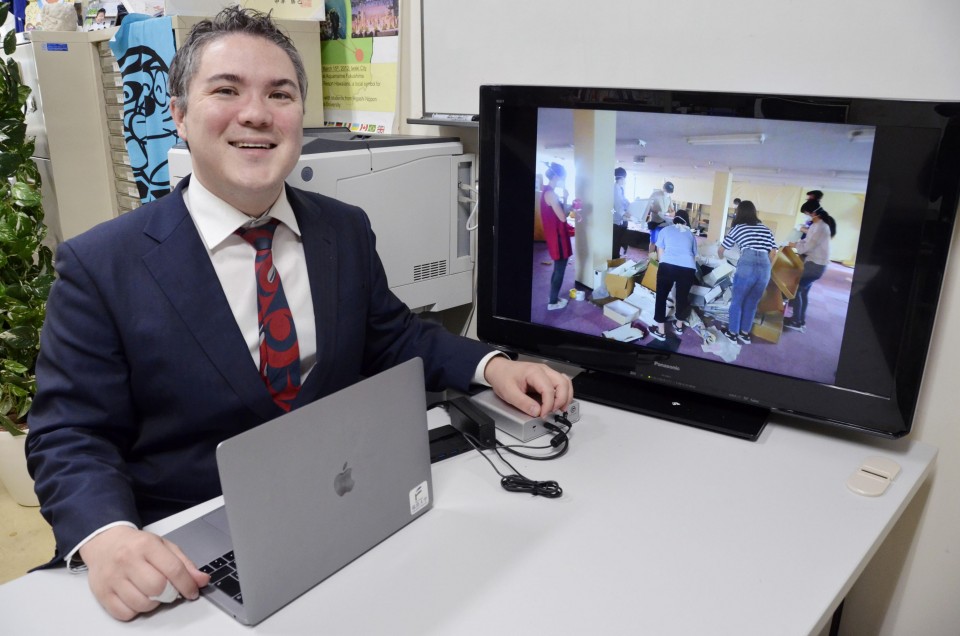 McMichael, who works at Fukushima University, recalled in an interview that many of the international news websites he saw following the disaster exaggerated the damage done, reporting that the region was now uninhabitable and resembled ground zero after an atomic bomb was dropped.

"Fukushima isn't dead," McMichael, a Vancouver native and graduate of the University of British Colombia, said. "I want people to know that they're looking ahead and moving forward."

In 2011, he contacted Middle Tennessee State University in the United States, which has close ties with the Japanese university, after founding the Fukushima Ambassadors Program to provide opportunities for young people to see the post-disaster situation themselves.

However, there was backlash from those concerned about the effects of radiation.

Although he was planning visits to temporary housing units and to hold talks with farmers whose work had suffered reputational damage, the U.S. university began to receive angry letters. Some also made unwarranted assumptions that he was recruiting students for dismantling work at the nuclear plant's reactors.

Nevertheless, the university decided to send a number of its students to Fukushima in June 2012 as scheduled.

The program garnered positive feedback from the students who said they had misunderstood the situation in Fukushima Prefecture, and noted how the locals' future-oriented attitude made an impression on them, according to McMichael.

He said the initiative has grown in popularity, where some wait a year before they can participate.

Having organized the program a total of 14 times as of last year, he said that some students who took part have gone on to hold events about Fukushima back in their home country as "ambassadors."

"It's more effective to dispel misconceptions (about Fukushima) by educating others to raise further awareness than it is to do it alone," he said.